MILLCREEK, Utah – Police are urging drivers to avoid distractions and pay attention to the road after two people suffered injuries in crash that left a woman temporarily trapped in a vehicle Wednesday.

The crash occurred just before 9 a.m. in the area of 500 West and 40th South, and police said a semi with a flat-bed trailer had pulled out from a parking lot, blocking all lanes of travel on the road.

A woman driving south on 500 West hit the flatbed trailer, and police said it appeared she didn’t brake at all before slamming into the other vehicle.

“You need to pay attention when you're driving,” said Lt. Lex Bell of the Unified Police Department. “You know, don't be distracted. If you're having a conversation, you can do that by looking out the front windshield and talking still, I mean, obviously that's your life in your hands when you're driving, and if there's something completely obstructing the roadway, you obviously should notice that."

A 43-year-old passenger in the car was trapped inside after the crash, and crews had to employ Jaws of Life to extricate her. She suffered serious injuries and was taken to a hospital. The driver of the vehicle also suffered injury.

The crash is under investigation, and police said at this point they believe distracted driving to be a factor. 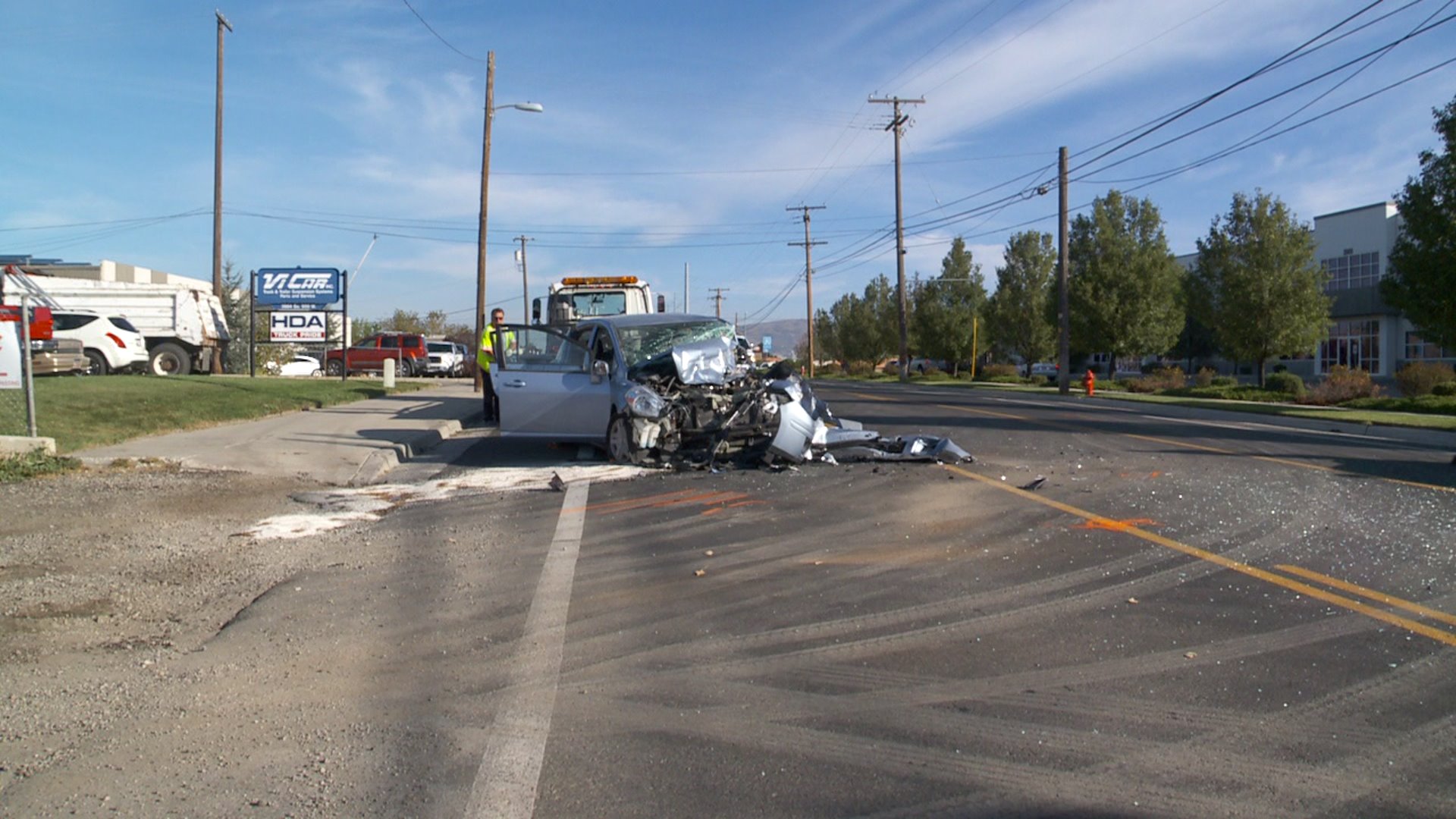