SALT LAKE CITY -- A pothole is an unusual place for a photo shoot.

It was the location of a shoot for a social media campaign being launched by Utahns for Responsible Transportation Investments in support of Proposition 1, which will be on the November ballot in 17 counties. Potholes were filled with Halloween candy, popcorn, cold drinks for a tailgating party and dog food.

The pictures will be used on Facebook, Twitter and other social media sites to sell voters on supporting Prop. 1, a quarter-cent sales tax hike to pay for roads, transportation projects and mass transit. Supporters of the tax hike say it will cost the average taxpayer about $40 a year (the sales tax will not be on food).

"It's really an investment in our communities," Albrecht told reporters on Wednesday. "It's really important we give these communities these options to fix these problems."

See the pictures appearing on social media campaigns in support of Prop. 1: 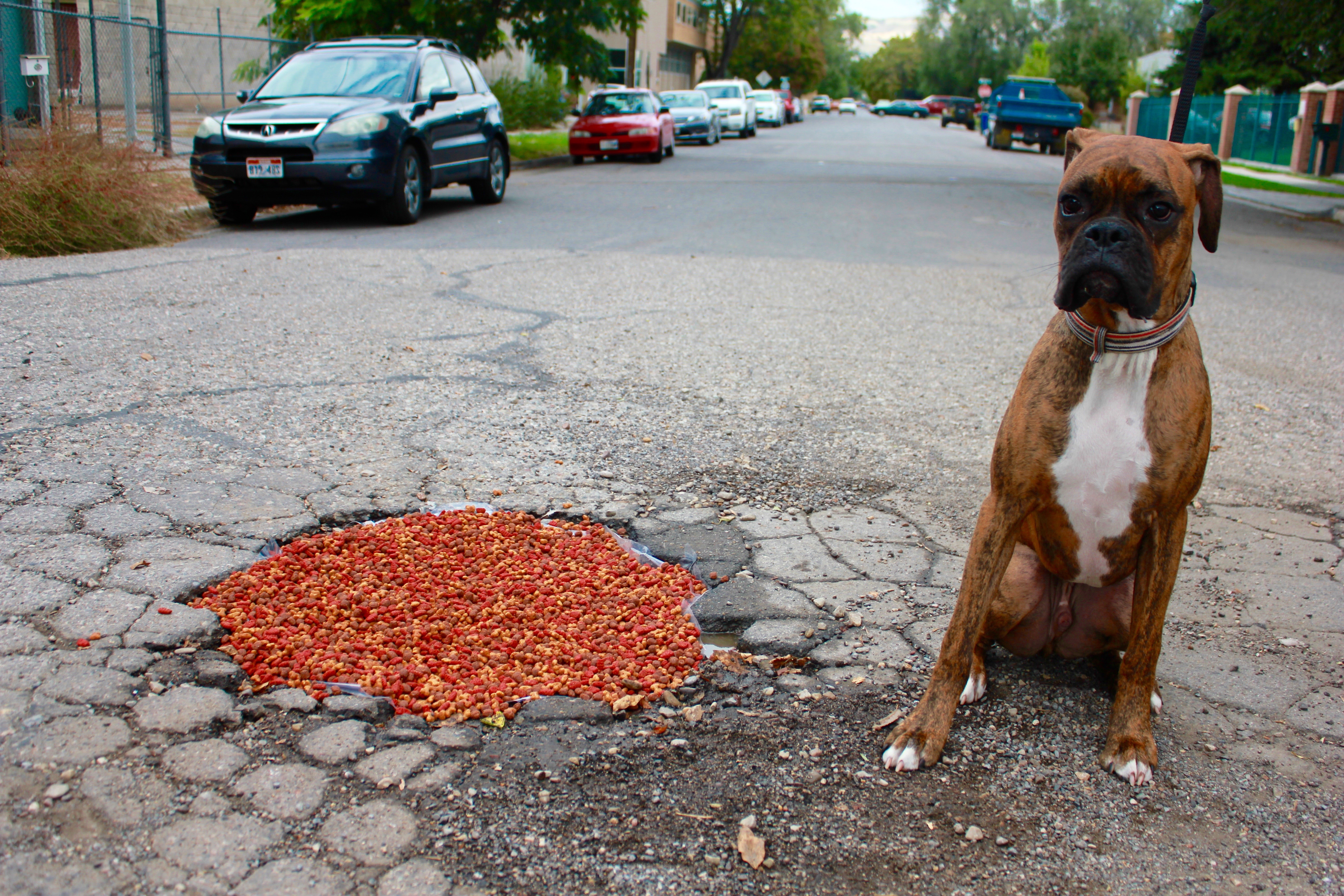 Albrecht argued that city hall budgets for road repairs are stretched thin. The tax hike will also help fund more buses and trains more frequently and later in the day.

But opponents of Prop. 1 said taxpayers are already shouldering a big burden this year.

"We think there's been enough tax increases this year," said Evelyn Everton with Americans for Prosperity.

Everton said Utah taxpayers are already being hit with a gas tax and property tax hike. In some counties, voters will also be asked to decide school bonds and recreation taxes.

"We think enough's enough," she said. "We've been taxed enough this year. We would ask cities and counties re-prioritize their budgets to cover those road projects that need to be done."

Everton also objected to money in Prop. 1 being earmarked for Utah Transit Authority, saying the agency needs to do better managing what tax dollars it already gets. Albrecht said UTA has dedicated the funding to improving bus routes, their frequency and hours.

This week, mail-in ballots went out to many voters. Everton said she encourages voters to think about where their money is being spent. Albrecht said she believes Prop. 1 is a good use of taxpayer dollars.

"We really feel like the investment in transportation now helps us sustain a long and vibrant future in Utah for generations to come," she said.