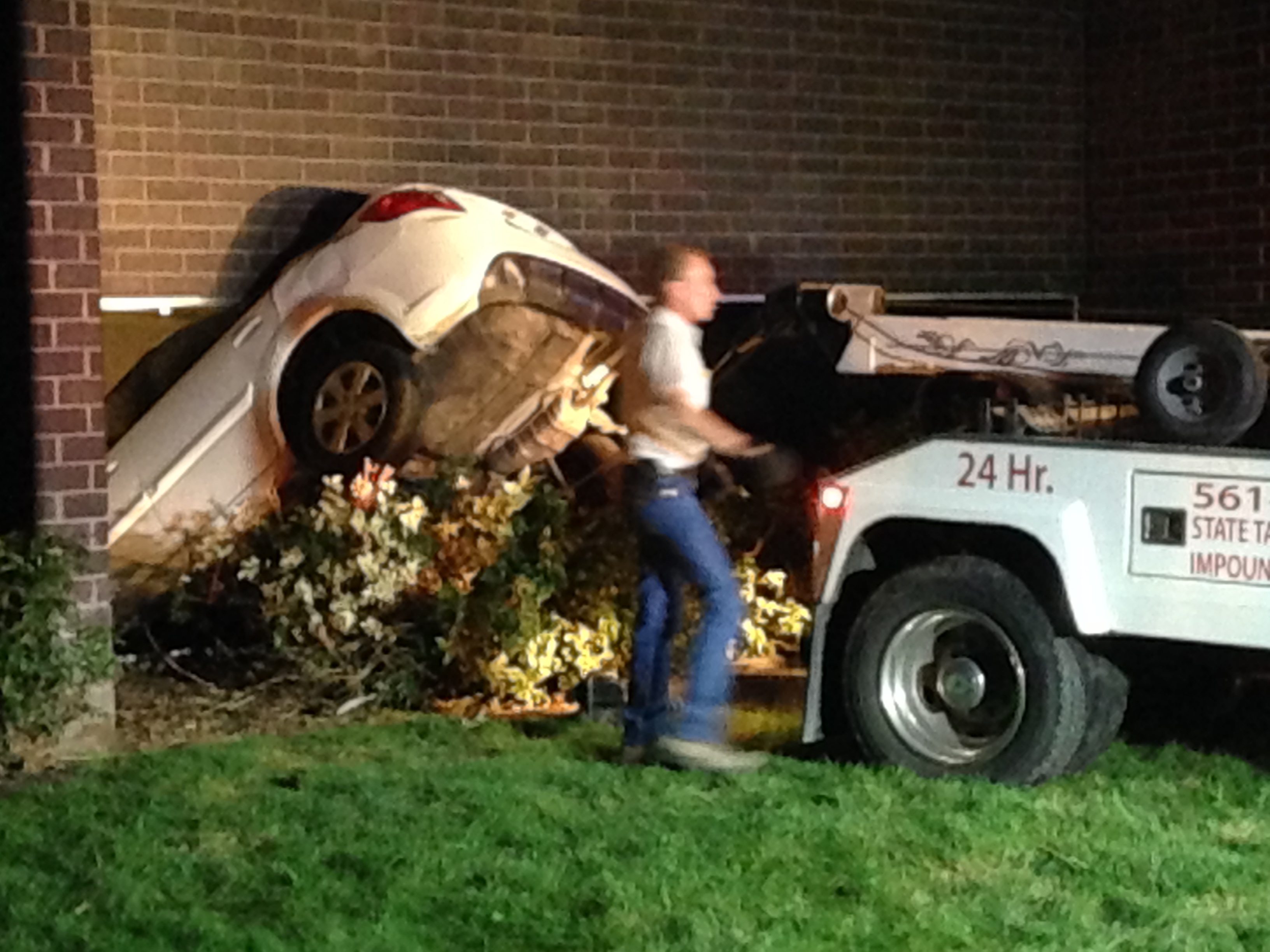 MILLCREEK, Utah — A vehicle crashed into a building in Millcreek Thursday night after the car collided with another vehicle nearby.

Lt. Lex Bell, Unified Police Department, said the crash occurred at an office building at 3950 South and 700 East, and FOX 13 News first heard reports of the crash around 8:20 p.m.

Bell said vehicle came about 5 feet into the building. Several photos from the scene show the damage and a tow truck working to remove the vehicle.

Police said a southbound vehicle struck an eastbound vehicle that was attempting to make a right turn at an intersection, and after the crash one vehicle lost control and went through some grass and into the building.

While authorities initially suspected the driver may have been under the influence, Friday they stated they do not believe either driver was impaired.

There were no reports of serious injury, and the cost of damages is still being determined.