SALT LAKE CITY — A federal grand jury has indicted a Layton man, accusing him of impersonating a federal agent to get VIP access to Salt Lake Comic Con.

The indictment, handed down late Wednesday, accuses Jonathan M. Wall, 29, of pretending to be a Special Agent of the Air Force Office of Special Investigations. In a statement, the U.S. Attorney’s Office for Utah said Wall then demanded Salt Lake Comic Con allow him in “under the ruse that he was entering the VIP area to apprehend a wanted fugitive.”

Wall attracted the attention of a retired Salt Lake City police officer who was providing security for the event, the U.S. Attorney’s Office said. The officer questioned Wall and notified the Air Force, who also came to question him.

Wall is charged in the indictment with impersonation of a federal officer and making a false statement to a federal agent. If convicted, he faces a combined seven years in prison and a potential $250,000 fine for each count. Wall has not been arrested, but a summons will be issued for him to appear in federal court, prosecutors said. 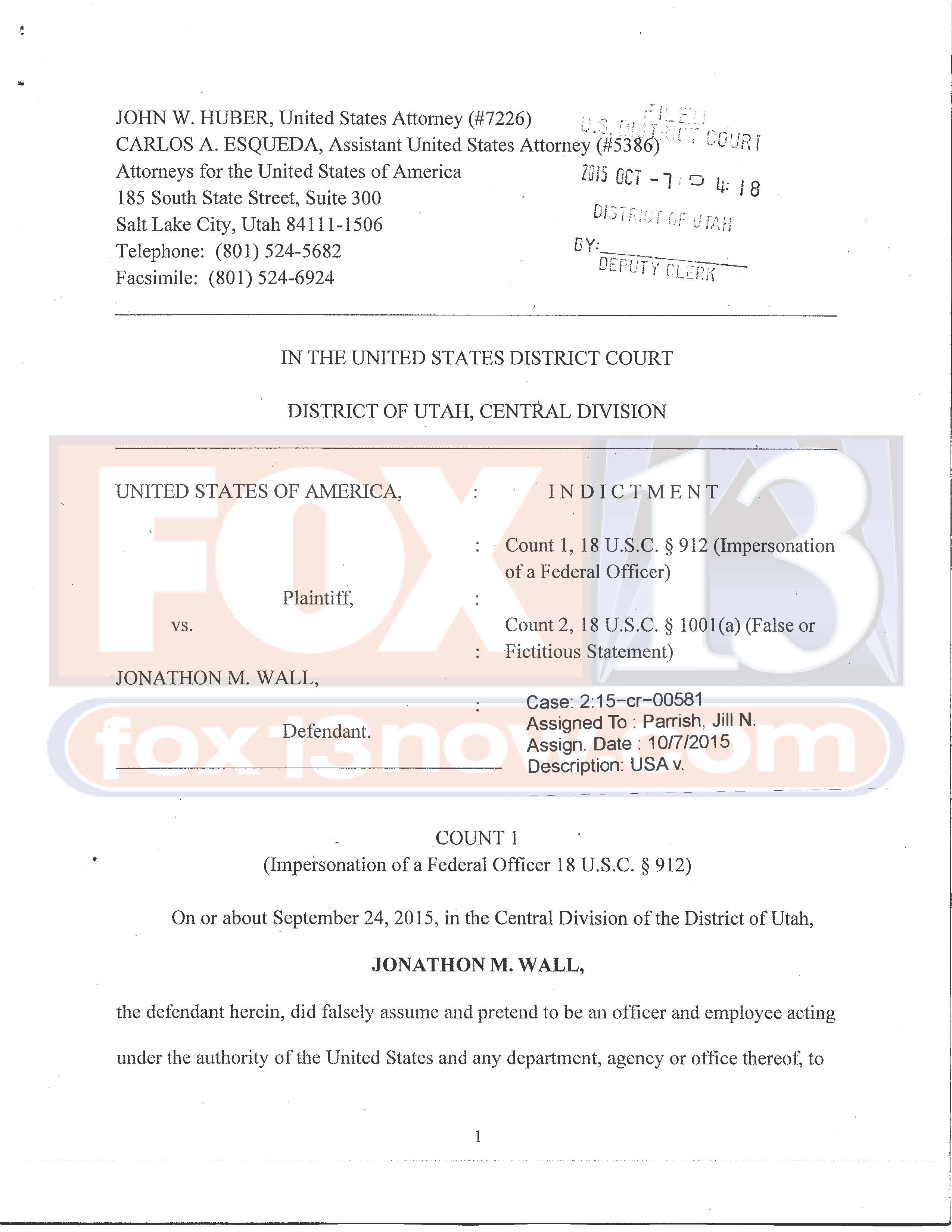