The blaze occurred just after 2:30 a.m. near Bangerter Highway. The truck driver discovered his load was on fire when he pulled over because he lost air pressure to his brakes, according to Utah Highway Patrol officials.

Three lanes were blocked off while crews worked to remove debris. 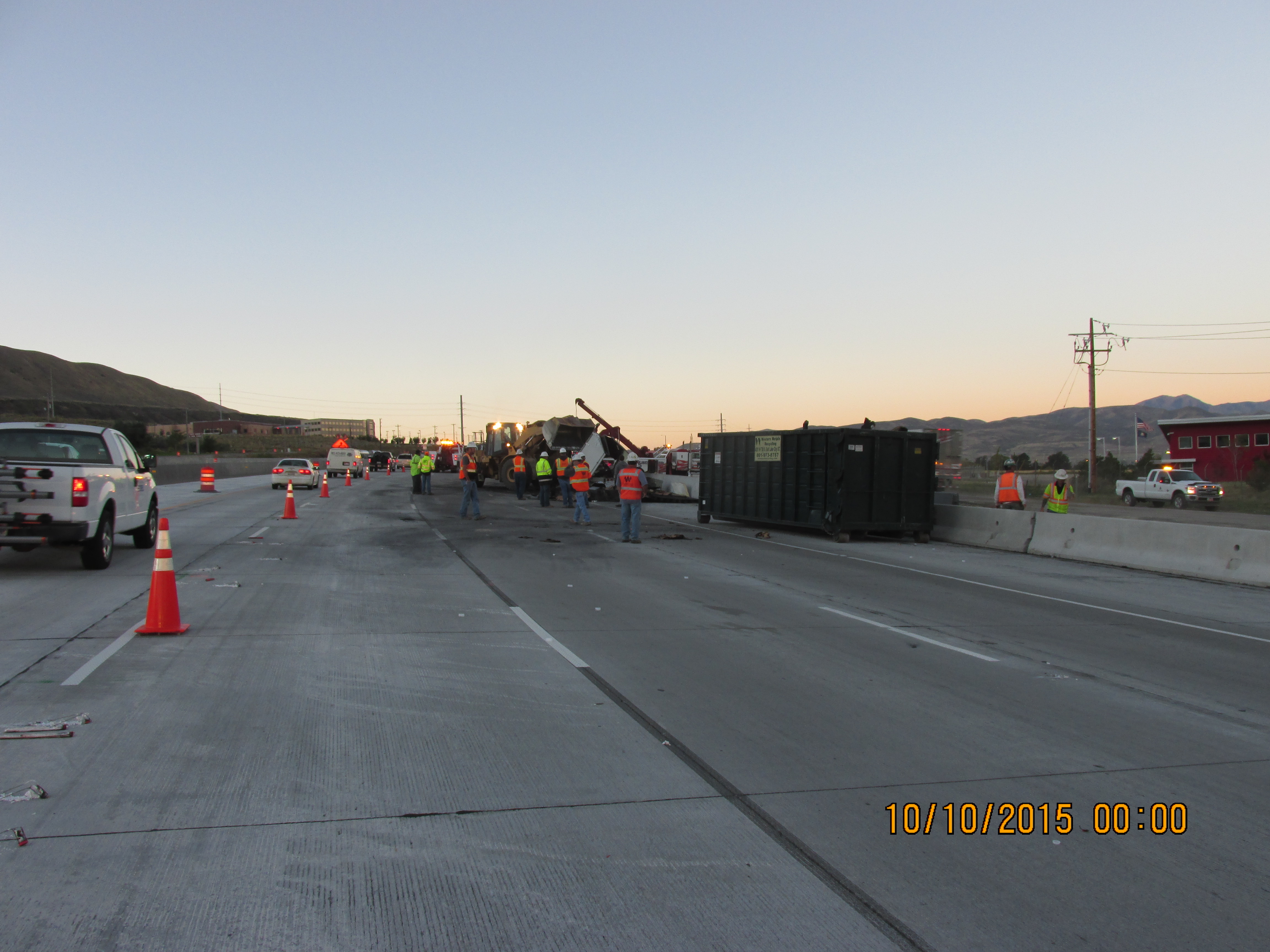 The truck was hauling office furniture.