CEDAR CITY, Utah -- The Utah Highway Patrol has released dash camera video that shows just close a trooper came to getting hit in a rollover accident in Cedar City.

Trooper Bambi Baie stopped a car on Interstate 15 near mile post 72 at about 5 p.m. Sunday when another motorist, distracted by a cell phone, drifted off the right shoulder.

“I heard the tire start to squeal,” recalled Baie. “That’s when she started to over correct to the left.”

UHP said the 55-year-old woman from Cedar City looked up just in time to see the trooper's car, swerved to the left and then over-corrected, which caused her vehicle to go off the road and roll several times.

Baie said she automatically ran to help the woman, who needed to be cut from her car. The driver was rushed to a hospital in Cedar City in serious condition.

From there she was flown to Dixie Regional Hospital in St. George with serious but non-life-threatening injuries.

Baie said unfortunately it’s not the first time she’s had a near miss while on a traffic stop.

“We say it’s not a matter of if but when you get hit,” Baie said. “Because you’re going to get hit. People just don’t slow down and move over for us.”

UHP is urging drivers to be alert, and move over for emergency vehicles, particularly as the temperatures drop. Weather has played a role in several trooper-involved accidents. They’re asking for the public’s help keeping troopers and themselves safe.

“Our traffic stops are what make our job, I think, the most dangerous,” Baie said.
You’ve got to watch yourself, you’ve got to watch the violator you’ve stopped, and you have to watch all the other public that’s coming by you at 80 plus mph.”

The accident is still under investigation. The driver's identity has not been confirmed at this time. 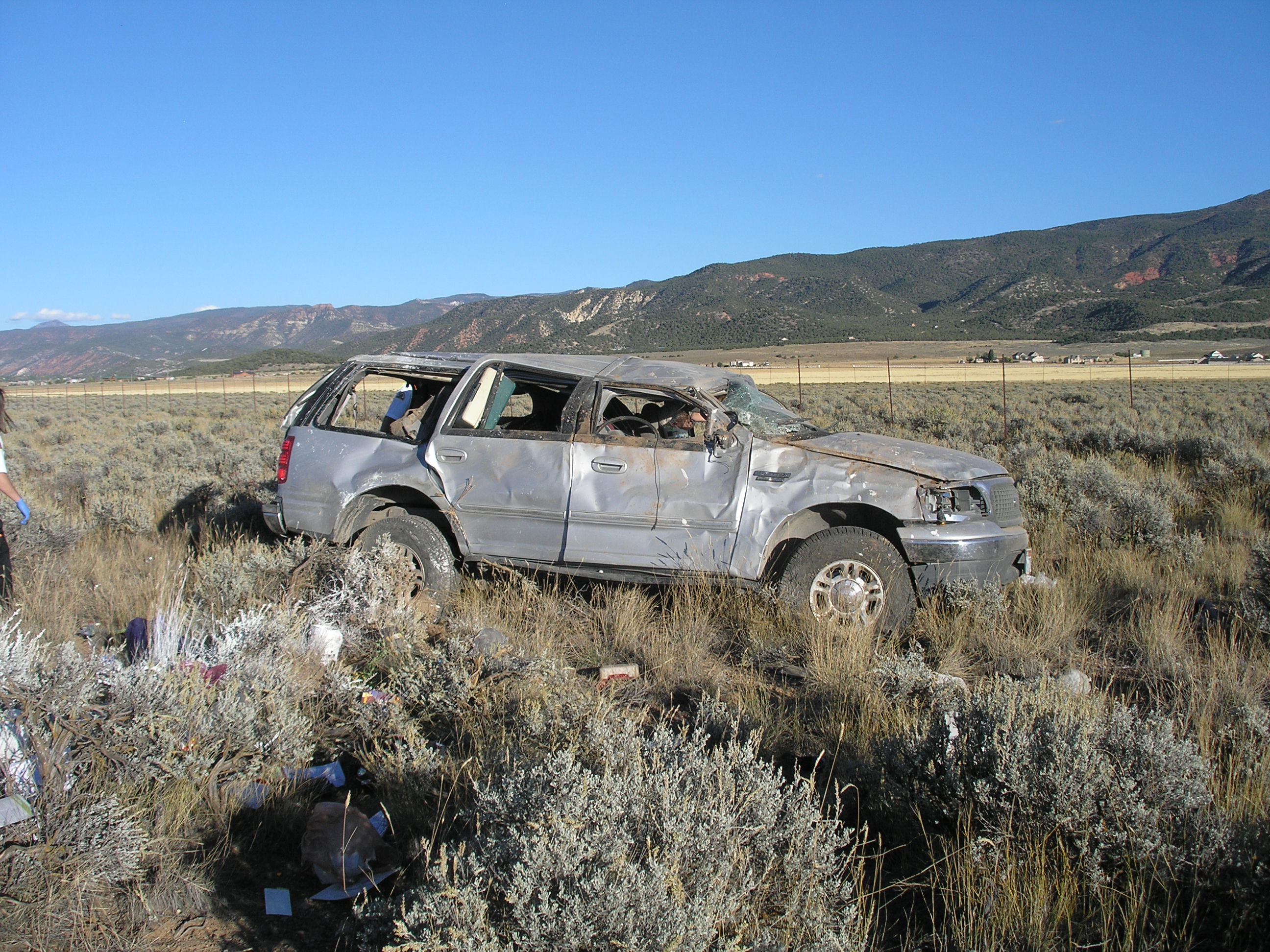