ROY, Utah - A Halloween display in Weber County is getting quite a bit of attention, rants and raves.

Every Halloween, Kevin Van Miltenberg goes big for the freaky holiday. His display is a huge hit with neighbors, but there`s one decoration the NAACP is calling outright racist.

"When I first started it was really small, a tombstone or two, spider web, a ton of caution tape," Miltenber said.

His homemade props have grown over the years to include killer clowns and skeletons now greet neighbors looking for a scare.

Miltenberg says the main event, his most popular animatronic attraction, is a man hanging from a noose.

"I make the frame out of PVC pipe and then I hook it up to a windshield wiper motor and so it`s a simple motor that runs the same thing," he said.

However, this specific feature isn't getting  rave reviews from the National Association for the Advancement of Colored People.

Rev. Stanley Ellington, President of the Ogden NAACP Chapter, is demanding Miltenberg immediately take it down.

Ellington filed a police report but officers said Miltenberg has not broken any laws and he has a right to display it.

Jeanetta Williams, President of the NAACP Tri-State Conference for Idaho, Nevada and Utah, released this statement:

But Miltenberg says that is the last thing he was trying to do.

"My intention is not to make it racist at all; I am far from racist," he said. "It has white hands. It`s not portraying a black person at all."

Miltenberg said he has no plans of taking down this display; he said he just wants to give people a good show.

"I honestly just do this for the community," Miltenberg said. "I think it`s fun. It`s my hobby to make all these different animatronics."

Miltenberg said he tries to keep his hobby going year-round.

His next project is Christmas; he plans to transform his entire house into a winter wonderland. 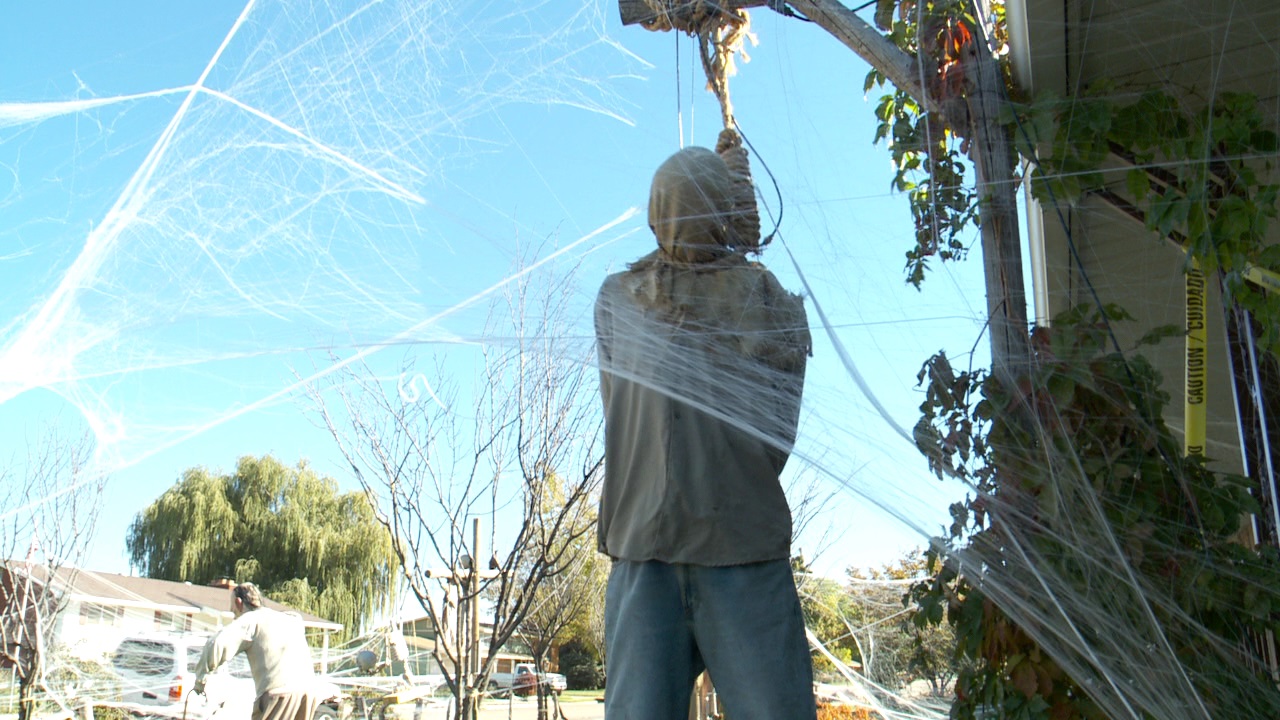