PROVO, Utah -- A Provo garage was destroyed and a home was damaged in a fire Tuesday afternoon.

Video shot by a FOX 13 viewer shows thick smoke pouring from the fire, which started around 5 p.m. near 1100 Geneva Rd. Use the video player above to watch the video.

According to Captain Dean York, Provo Fire Department, a woman who lives at the residence said she had just parked her car in the garage and went inside the house when she smelled smoke.

Firefighters were unable to save the garage, but they did keep the fire from causing major damage to the house.

York said most of the damage to the house is smoke damage. Fire investigators were called to the scene to determine why the car caught fire. 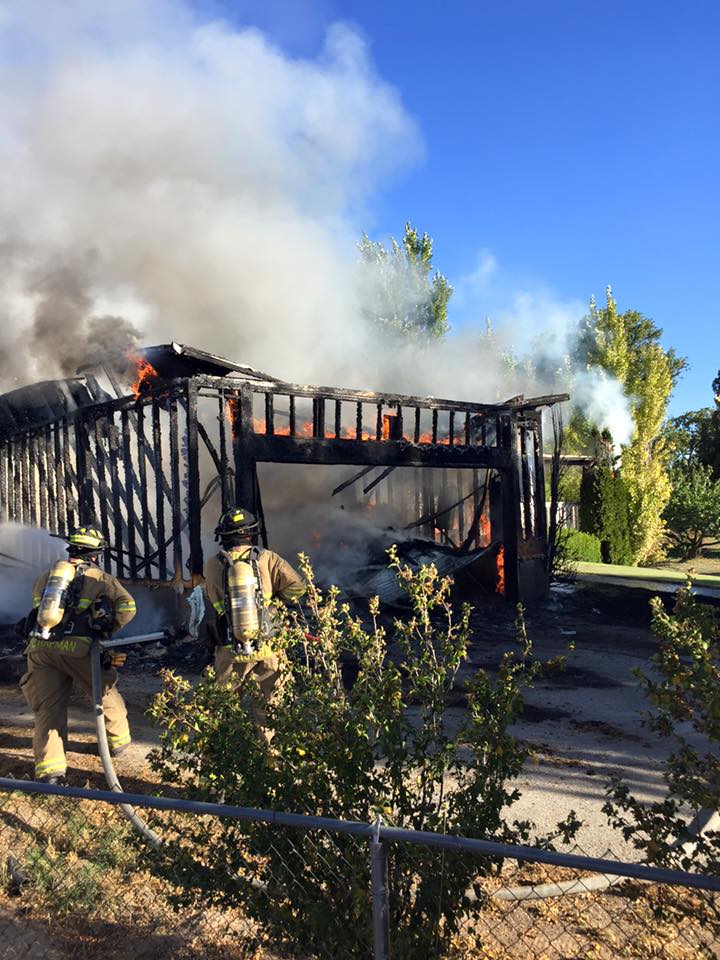