Police have identified the man who was killed as 31-year-old Mitchell Tyler Jones of Modena, Utah.

St. George Police said it started when the driver of a blue pick up truck hit a car near The Ledges on SR-18, and then sped off. He hit two other cars before crashing at about 8:30 a.m.

“The vehicle was traveling at a high rate of speed,” said St George police Captain Mike Giles. “[He] was passing cars left of the center line. It was a near miss for a head on collision.”

Giles said a small pickup was driving recklessly and heading south on SR-18, driving left of center and passing other cars.

“We received reports that one vehicle was on fire,” said St George police Captain Mike Giles. “A witness was able to extinguish the flames and determine the driver was deceased.”

Authorities said the suspect in the blue pickup died at the scene.

SR-18 was closed for about an hour while accident reconstruction crew mapped the crashes, trying to piece them together. Giles said since the driver died, it may be difficult to know why he as driving so recklessly. .

“We may never know what his intent was,” Giles said. “But hopefully through investigative interviews, witnesses, things like that, we can piece together the mechanics of the accident as well as some of the decision-making by the driver.”

Drivers in the other cars received only minor injuries. The driver in the white truck went to the hospital, just as a precaution. 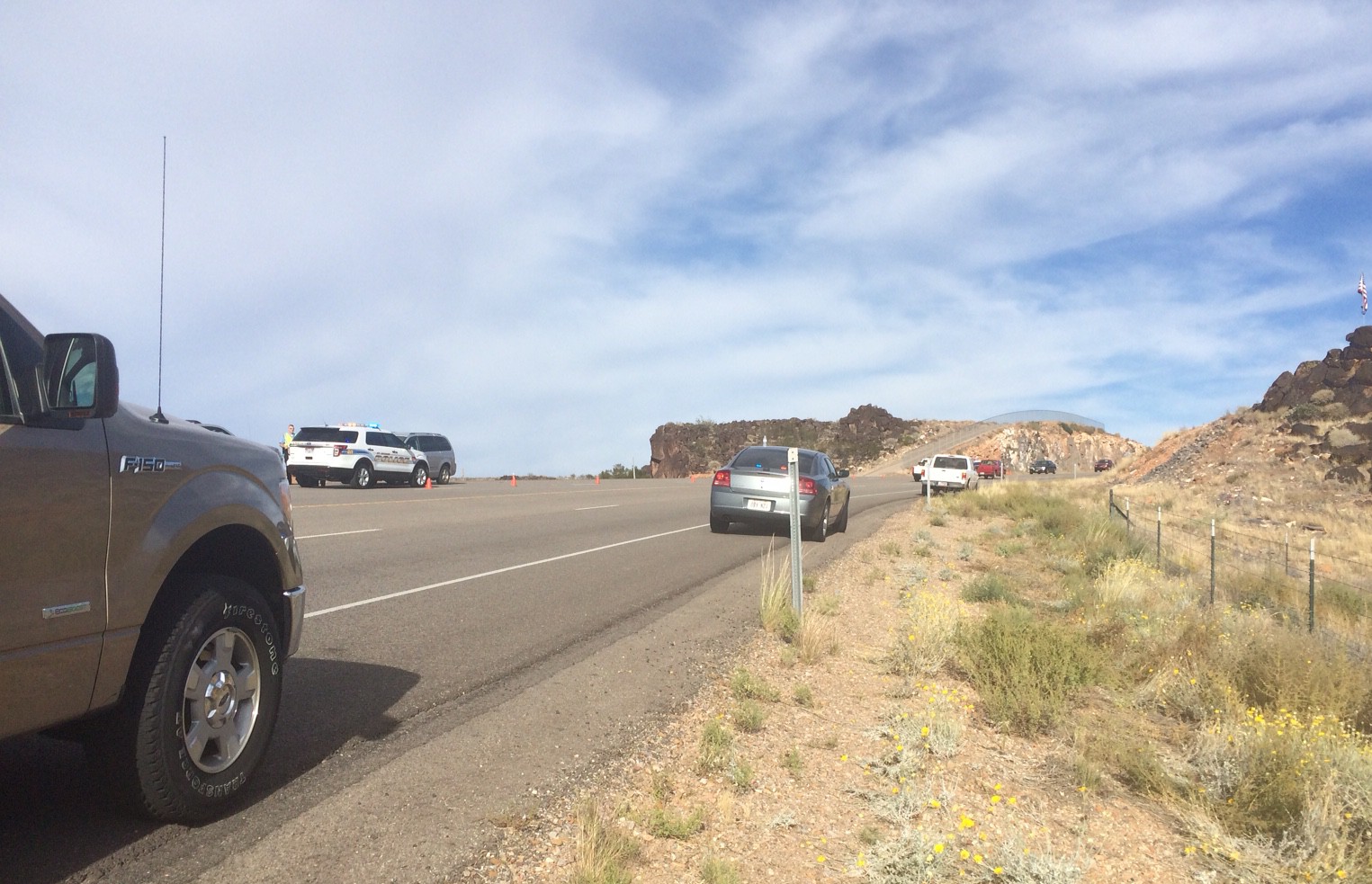