SALT LAKE CITY – Thursday afternoon, an officer at the Utah State Capitol noticed something odd on a surveillance camera. A man walked in carrying a large package and wreath. He headed straight to the center of the Capitol rotunda and placed the items on the floor. Then, he knelt before them.

“It appeared to us that he knelt down by the package, and offered a silent prayer and was saying some words and got up and left,” said Captain Barton Blair of the Utah Highway Patrol.

By the time officers reach the package a minute later, the man was gone. But, hours later, police discovered what he had left behind: a semi-automatic rifle.

“We want to find out what his issues are, what his motivations were, and why he did this,” said Commissioner Keith Squires of the Utah Department of Public Safety.

The man was captured on cameras outside leaving the capitol in a white Crossover SUV. According to Squires, the rifle he left was not loaded, however, it did contain a message.

“There was some writing on top of the package,” Squires said, “But that’s being used right now to try to determine what’s taking place and who might be involved.”

The Capitol was evacuated shortly after the package was left, just before 4:00 p.m. The Salt Lake City Police Department bomb squad was called in to investigate the package and determine whether or not it posed a threat. The Governor was not in the building at the time of the incident.

Images of the man and vehicle can be found below. Anyone who recognizes them should call 801-887-3800. 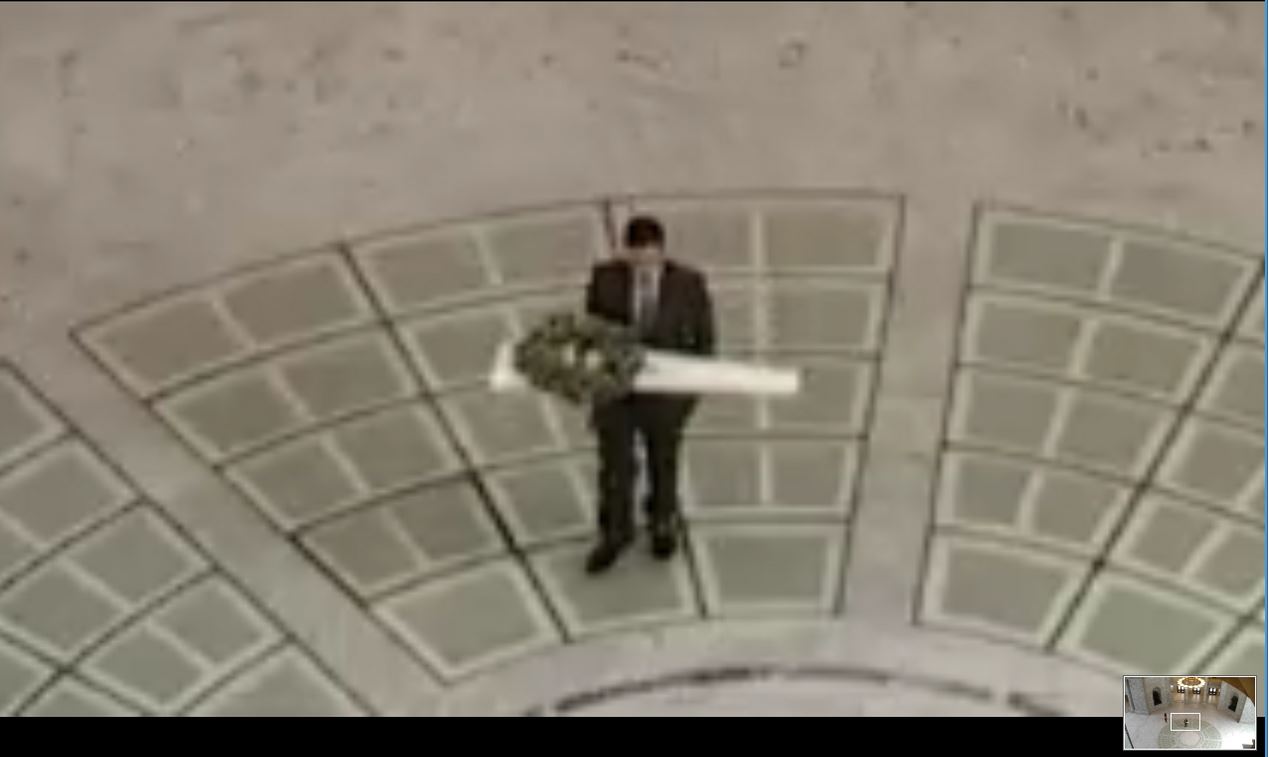