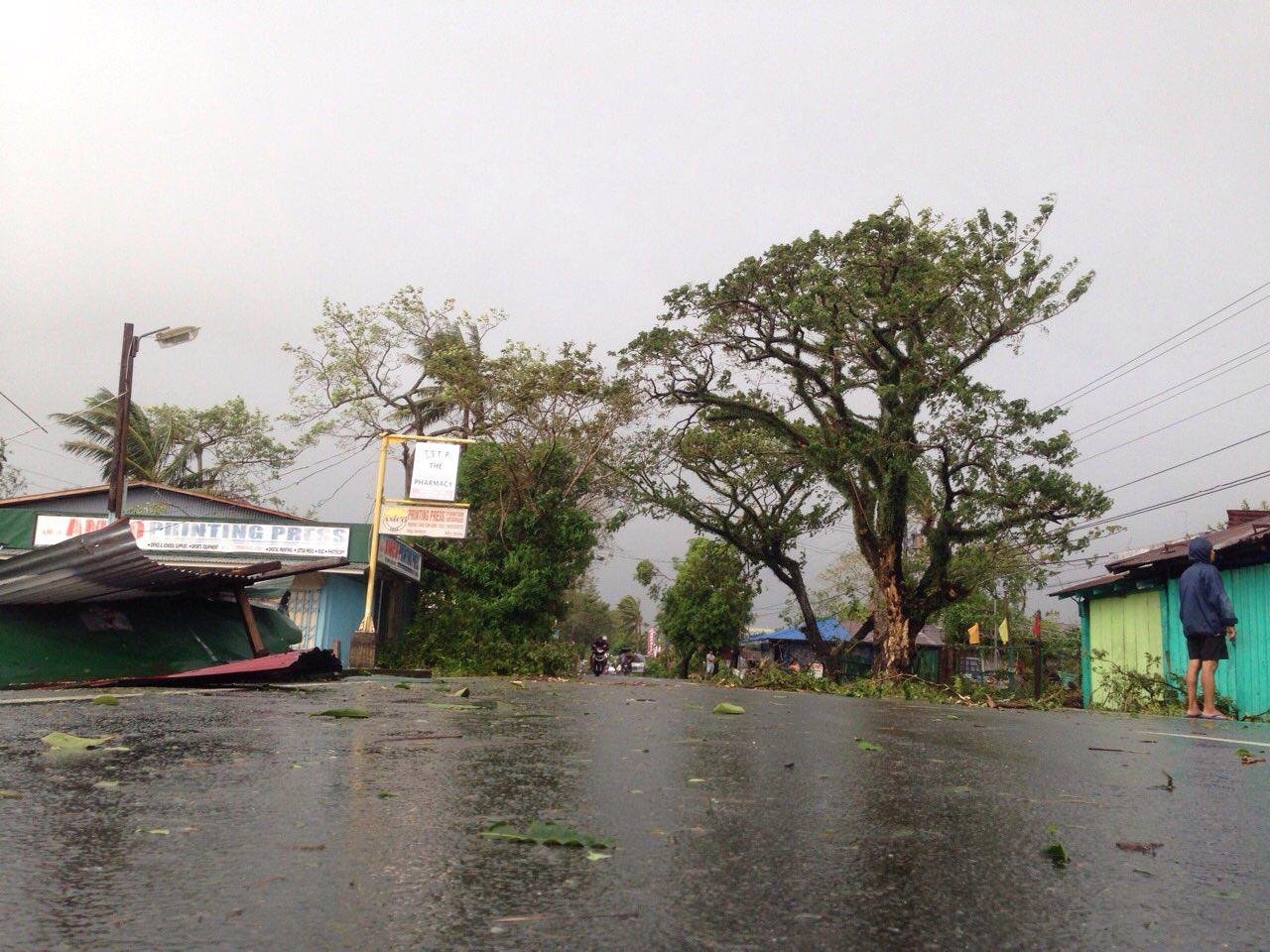 By Jethro Mullen and Chieu Luu

(CNN) — A woman and a teenage boy were killed in the Philippines on Sunday as Typhoon Koppu began its multiday battering of the region.

The 62-year-old woman was killed when rain and strong winds brought down a wall in her home, according to Nigel Lontoc, deputy director of the Office of Civil Defense in central Luzon.

The 14-year-old was hit by a falling tree in Manila, according to an official with the Civil Defense-National Capital Region. Four other people were injured, including a 3-year-old boy.

The fierce storm forced thousands of residents of the northern Philippines to flee Sunday.

Koppu is forecast to lumber over the country’s main island of Luzon at an excruciatingly slow pace and dump huge amounts of rain on the rugged terrain, setting off floods and landslides.

The storm came ashore in the early hours of Sunday morning at super typhoon strength, ripping the roofs off buildings and uprooting trees in the coastal province of Aurora.

“Through the night, we’ve had extremely ferocious wind, torrential rain,” storm chaser James Reynolds told CNN from the town of Maddela. “The building I’m in, the water’s been coming in the windows.”

Roads and communications have been cut off by flooding and landslides in three towns in Aurora province, including Casiguran, where the typhoon made landfall, authorities reported.

“Based on the report of the Philippine Army, there were many houses destroyed and trees uprooted in the three towns,” the official Philippines News Agency said. The army and other agencies are trying to clear the routes to Casiguran, which has about 25,000 inhabitants, and the other towns, Dinalungan and Dilasag, it reported.

In Baler, another town in Aurora, CNN Philippines reporter Paul Garcia said there was flooding in several neighborhoods. Surprised local residents said that while storms are common in the area, flooding is not, Garcia reported.

Roughly 15,000 people are taking shelter in evacuation centers, the Philippines’ disaster management agency said Sunday. That number is expected to rise as the storm, known in the Philippines as Lando, crawls across northern Luzon.

The storm was packing maximum sustained winds of 240 kph (150 mph) when it slammed into the eastern coast of Luzon, according to the U.S. military’s Joint Typhoon Warning Center, although the Philippines’ national weather agency measured the winds as being significantly weaker, at 185 kph. The typhoon has since lost some of its strength as it has moved over land.

But much of the concern about Koppu’s impact centers on the extreme amounts of rain it’s expected to unleash.

“The big story out of this storm is definitely going to be the rainfall totals,” said CNN meteorologist Allison Chinchar. Some areas are forecast to receive more than 1 meter (39 inches) of rain by the end of Wednesday.

The typhoon is predicted to dawdle across northern Luzon for several days because of a ridge of high pressure over China blocking its progress farther north. That gives it longer than usual to soak the region’s mountains and swell its rivers, threatening people who live downhill and downstream.

“That’s where the problem with the flash flooding comes in, because when you have all of this rain that keeps coming down over the same places over and over, that is likely to trigger mudslides and landslides in addition to flash flooding problems in … some of the low-lying areas,” Chinchar said.

Officials reported dozens of flight cancellations, thousands of people stranded in ports and many municipalities without power.

‘The bowling alley for typhoons’

Situated in the Western Pacific, the Philippines is frequently hit by typhoons.

“They’re located in the belt basically between the equator and the subtropics. You might consider it the bowling alley for typhoons moving across the Pacific,” said Bob Henson, a weather and climate science blogger for Weather Underground.

“It’s considered to be the most vulnerable large nation on earth for tropical cyclones,” he said.

The deadliest storm to hit the country in recent years was super Typhoon Haiyan, which left more than 7,000 people dead or missing in November 2013.

Haiyan, one of the strongest storms ever to make landfall, was a different beast from Koppu, however. It generated a devastating storm surge that flattened entire neighborhoods in the densely populated coastal city of Tacloban before moving quickly over other areas of the central Philippines.