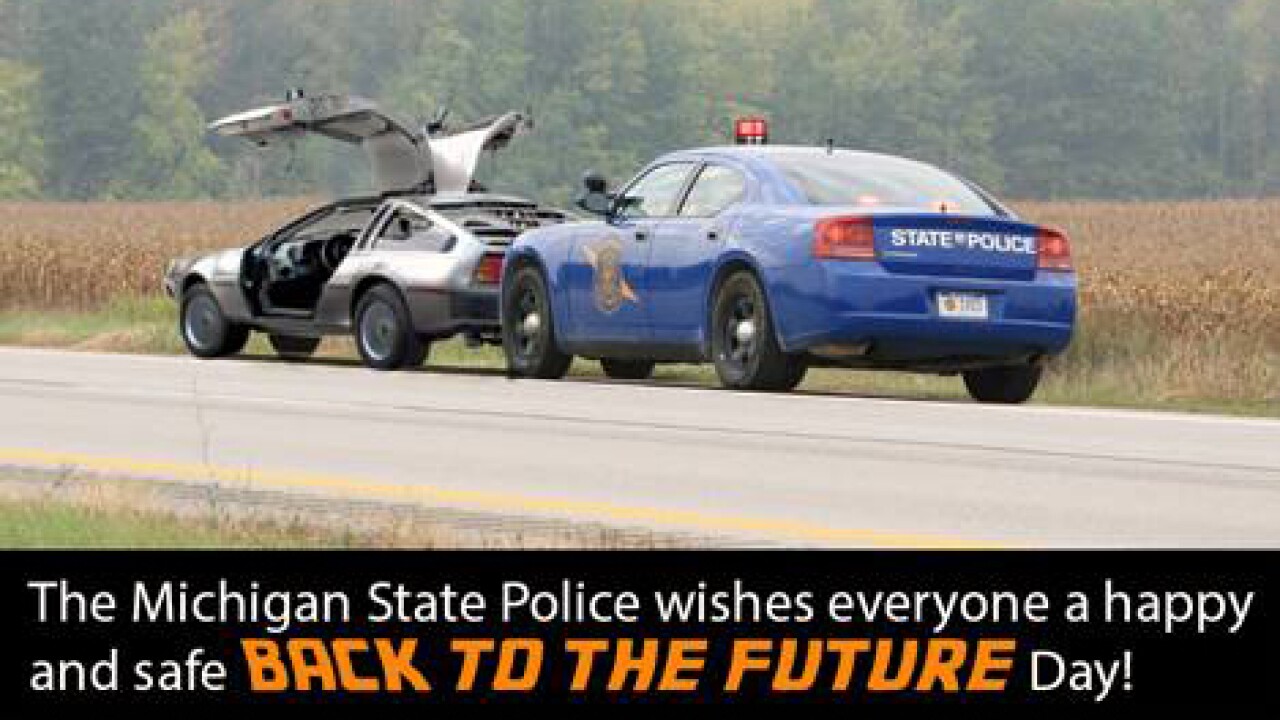 To celebrate Back to the Future Day, Michigan State Police made a Facebook post showing one of their patrol cars pulling over a DeLorean – the same type of car used to house the time machine featured in the iconic film trilogy.