Bison Round Up bringing herds to Antelope Island

About 275 ranchers herd about 700 bison into a corral. It takes all day long and can be dangerous for the riders and their horses.

FOX 13 spoke with several veteran riders who have come to the event for 10 or even 20 years. They said both people and horses get hurt almost every year, and sometimes the horses are gored by the charging bison.

One enthusiastic rancher, KyAnn Betz, has been coming for six years. She told FOX 13 about a tumble she had during a previous year.

“I got bucked off a couple of years ago in a perfect storm, where my saddle had just been oiled and I was in the wrong gloves, and we were coming downhill and my horse got nipped from behind, and I went up and over a flank,” Betz said. “But I was fine. Nothing was hurt but my pride.”

Betz was there with her father, a real cowboy, she calls him. Her dad, Don Bradshaw, has been coming to the annual roundup for 20 years.

“What the buffalo do is they'll charge the horse, and by the time the horse gets turned around, they hook him right here," he said, referencing the rear. "They usually just put a horn in them or they rip them. It’s a different ride, it's not a trail ride. When you come out here moving the buffalo, you move much differently than you'd ride down a nice, safe trail. The buffalo will turn, they'll run. They'll head up the canyons. We have to go get them. If they go up high, they are really tough to get out.”

The roundup is needed to have a healthy herd.

At the end of the roundup, the bison are checked for disease and injuries. They are also vaccinated.

Then, in about two weeks, they will sell 200 of the bison.

That money comes back to the conservation effort at Antelope Island. 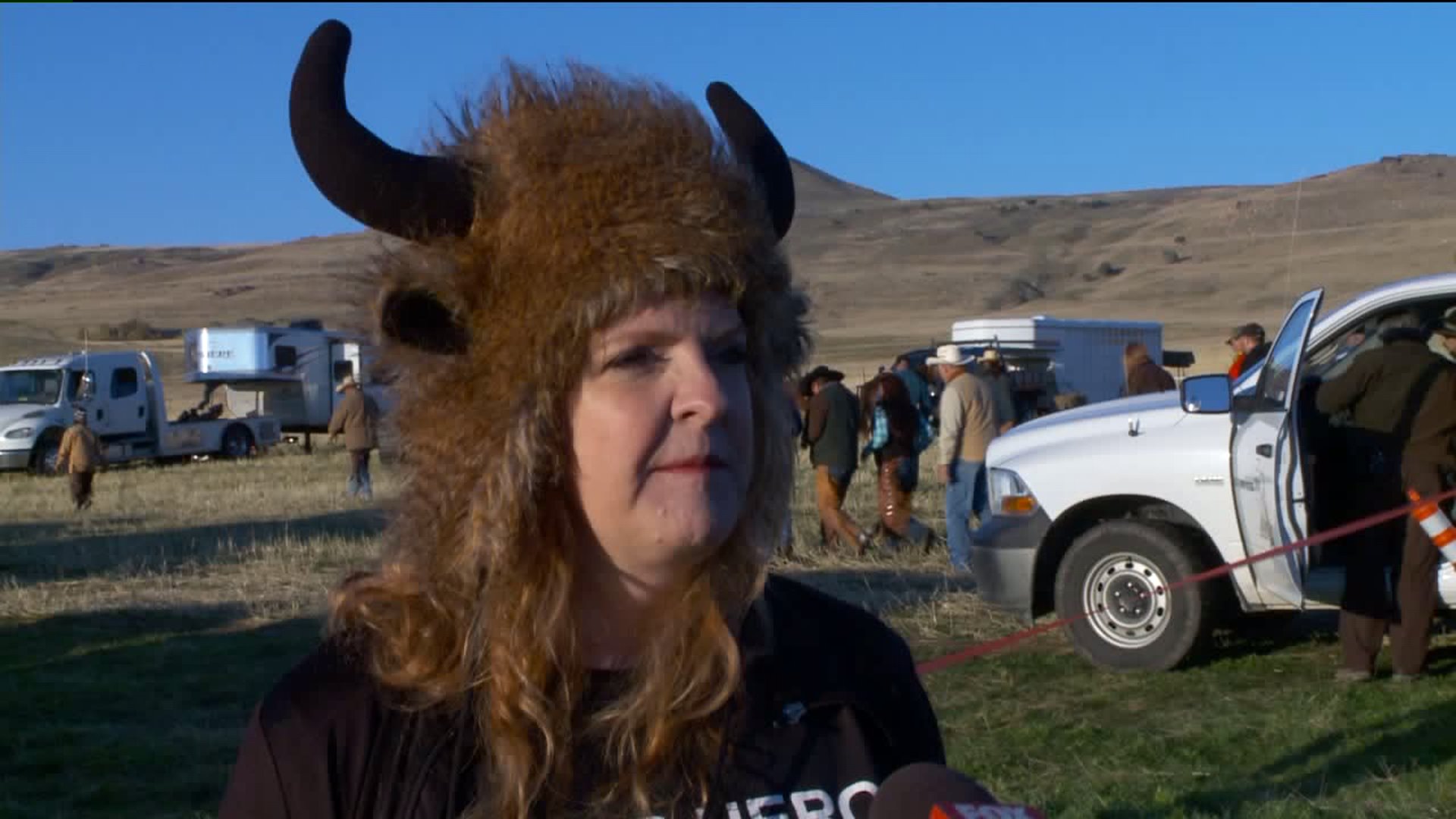