Patricia, the strongest hurricane ever recorded, makes landfall in Mexico 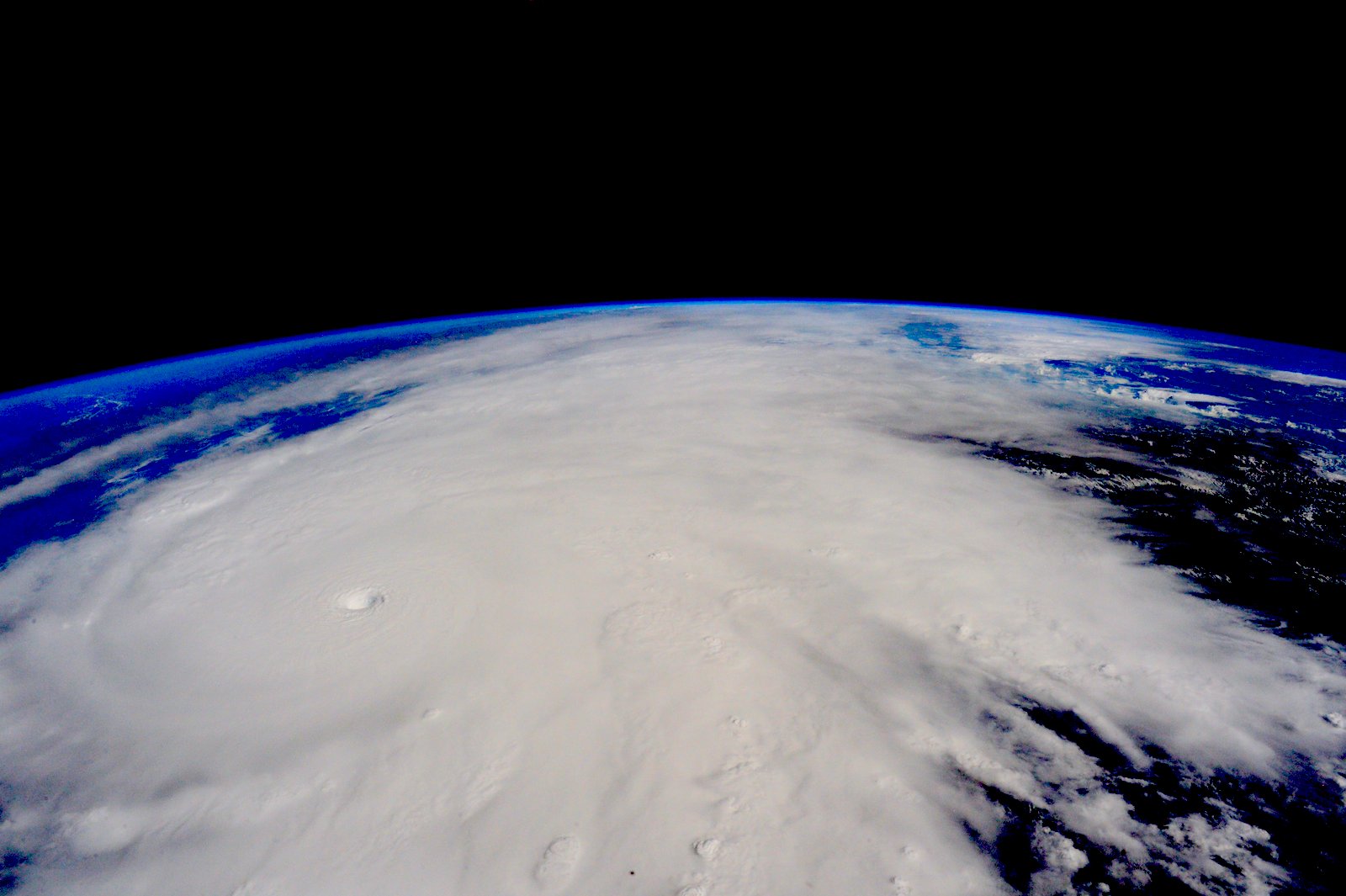 By Greg Botelho and Ray Sanchez

(CNN) — Hurricane Patricia — the strongest hurricane ever recorded — made landfall on Mexico’s Pacific coast about 6:15 Friday evening (7:15 ET), its 165 mph winds barreling into the coast of southwestern Mexico near Cuixmala, the U.S. National Weather Service said.

The monster storm touched down hours after weakening slightly with sustained winds decreasing to 190 mph and gusts to 235 mph. Even then, Patricia lashed the coast with fierce winds and rain as tourists and residents in resorts such as Puerto Vallarta and Manzanillo sought shelter.

Taking the brunt of the hurricane are small fishing villages about 130 miles south of Puerto Vallarta, which had braced for potentially catastrophic 200 mph sustained winds and torrential rains. Damage from the Category 5 storm is expected to be devastating.

Mexico’s National Commission for Water, CONAGUA, said the eye of Patricia has a diameter of 10 kilometers, or 6.21 miles.

President Enrique Peña Nieto, in a tweet, said: “Hurricane Patricia is on the coast of Mexico. Do not go outside. Protect yourselves and follow instructions from Civil Protection. I am thinking of you all.”

The excessive wind speeds, according to the head of the Mexican agency that includes its national weather service, could make Patricia the most dangerous storm in his nation’s history.

“The hurricane is so big and so intense that it has the capacity to pass over both the Sierra Madres in our country — that is, through our most mountainous ranges — and then exit the country on the other side into the north part of the Gulf of Mexico and possibly the United States,” CONAGUA director Robert Ramirez de la Parra said.

While its strength could fluctuate, “Patricia is expected to remain an extremely dangerous Category 5 hurricane through landfall,” the U.S. National Hurricane Center said Friday afternoon.

Already, Patricia is “the strongest hurricane on record in the National Hurricane Center’s area of responsibility (AOR) which includes the Atlantic and the eastern North Pacific basins,” according to a Friday morning forecast discussion.

The closest contender, at this point, might be Hurricane Camille, which battered the U.S. Gulf Coast in 1969. Patricia looks to be more powerful than that storm, as well as stronger than Hurricane Andrew in 1992, Katrina in 2005 and many others.

It already has surpassed them in one way: its central pressure reading — the weight of the air above a system — which is a key measure of any storm’s strength.

The midday Friday central pressure recording of 879 millibars (the barometric pressure equivalent is 25.96 inches) “is the lowest for any tropical cyclone globally for over 30 years,” according to the Met Office, Britain’s weather service.

Patricia’s intensity is comparable to Typhoon Haiyan, which hit the Philippines in 2013, the World Meteorological Organization tweeted. More than 6,000 people died in Haiyan, due largely to enormous storm surges that rushed through coastal areas. Haiyan had 195 mph sustained winds when it made landfall, while Typhoon Tip was at 190 mph (and had a slightly lower pressure reading of 870 millibars) in 1979.

Whether Patricia measures up to those Asian typhoons when it slams Mexico, CNN meteorologist Chad Myers said, “This is the only hurricane that’s ever been this powerful.”

In addition to powerful winds, concerns are high about dangerous storm surges like those that overran the Filipino city of Tacloban during Haiyan. The National Hurricane Center warned about those, as well as swells that “are likely to cause life-threatening surf and rip-current conditions.”

“Residents in low-lying areas near the coast in the hurricane warning area should evacuate immediately, since the storm surge could be catastrophic near and to the east of where the center makes landfall,” the U.S. agency said of Patricia.

Rainfall of 8 to 12 inches — and possibly 20 inches in some spots — “could produce life-threatening flash floods and mudslides,” according to the U.S. weather agency.

All that adds up to millions of people under threat, some of them tourists who’d gone to the coast to get away.

Mexican authorities responded with a full-court press Friday to get the word out, as well as to get resources deployed to the right places ahead of the storm.

In a meeting that started Thursday night and extended into Friday morning, Peña Nieto directed members of his Cabinet to take immediate action in the face of what was then predicted to be the strongest hurricane in the eastern Pacific in the past 50 years, according to the official Notimex news agency.

The most dire warnings went to the states of Jalisco, Colima, Nayarit, Michoacan and Guerrero, where people were told to get ready by heading to shelters, staying home from school or doing what they could to be safe wherever they are. The Mexican presidency noted, via Twitter, that waterspouts and tornadoes could pop up as Patricia rampages through.

Mexican officials said over 1,780 shelters had been set up for more than 240,000 people and that a 50,000-strong force had been mobilized in Jalisco, Colima and Nayarit. In addition, about 4,000 Mexican navy officers have been dispatched to areas expected to bear the brunt of Patricia’s wrath.

All flights to and from the airports in Puerto Vallarta and Manzanillo were suspended, and all banks in certain locales shut down at noon, according to Mexico’s civil protection agency.

That agency noted the gas company PEMEX planned to suspend all gas sales in the cities of Manzanillo and Colima, while the Comision Federal de Electricidad planned to cut off electricity — as a precaution — at 1 p.m. (2 p.m. ET) in cities in Colima, Jalisco and Nayarit.

Some hotels in Puerto Vallarta were evacuated, though others — like the Comfort Inn, where manager Samuel Ruic said windows were being boarded up with tape — were not. And locals did what they could by boarding up windows and piling up sandbags along beaches in places such as Manzanillo in hopes of blunting what’s expected to be a colossal storm surge.

Ramirez de la Parra, the Mexican official, warned people not to get complacent as the storm passes. That’s especially true for those who end up in the storm’s eye, where there often is “apparent calm.”

“It’s the walls of the (hurricane’s) eye where you can find the (greatest) wind intensity,” he said. “… The heaviest damage is after the hurricane passes. We must wait until (the passage of) the entire body of the hurricane in order to call off the preventive (measures).”

Barbara Myatt, who has lived in Puerto Vallarta for more than a decade, waited out the storm with friends at a golf course complex four blocks from the ocean late Friday afternoon.

“We have some light rain,” she told CNN International. “It’s cloudy. There’s no wind and everything is very calm.”

The expected magnitude of the hurricane took residents by surprise, she said.

“We weren’t prepared for this,” she said by phone. “We didn’t think it was going to be strong. Now they’re saying it’s catastrophic. I hope we’re safe.”

Mexican officials said they were prepared to deal with a historic storm expected to hit tiny fishing villages and multimillion-dollar resorts.

One other thing alarming about Patricia is its rapid rise in intensity. It rated as a tropical storm early Thursday, but 24 hours later it had become a Category 5 hurricane.

The storm is expected to roll over Mexico’s Sierra Madre, its intense winds likely dulling rapidly in the process. But much of the system’s precipitation could roll on into the Gulf of Mexico before making its way up to Louisiana, Arkansas and Texas, states already enduring heavy rains from another system.

Still, while the Patricia-related rainfall could be significant in the United States, it pales to what people in Mexico will experience.

Storms are not unusual there, but Patricia is special, in part because of the global, regular weather phenomenon known as El Niño.

Among other effects, El Niño has contributed to ocean waters off Mexico being 2 to 3 degrees warmer than usual.

“That warm water from El Niño probably just pushed this slightly over the edge to be the strongest storm on record,” CNN’s Myers said.

About the only good news about Patricia, as of early Friday afternoon, was that its center was fairly compact, with hurricane-force winds only extending 35 miles out from its eye.

That’s a plus for anyone who gets brushed by the hurricane, but no consolation for those who get hit directly.

“That’s almost like an F4 or F5 tornado that can be 5 or 6 miles wide, just tearing up the coast as it makes landfall,” said Myers. “… Can you imagine being the center of this eye, … and then get hit by the eye wall doing 200 mph?

“It will be a devastating blow.”

CNN’s Karol Brinkley and Mayra Cuevas contributed to this report.