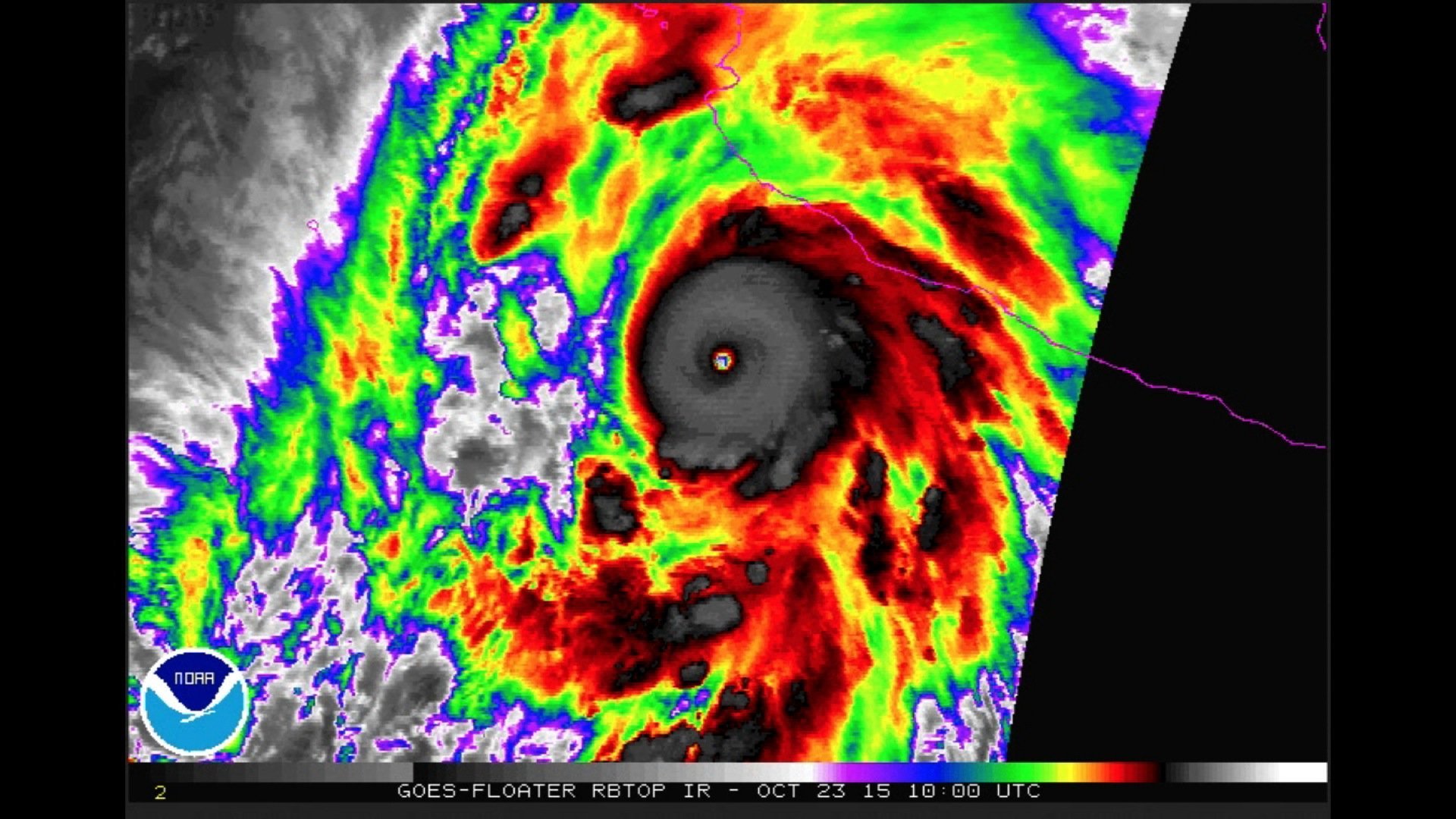 (CNN) — Hurricane Patricia is a monster, no doubt.

The storm made landfall at 6:15 Friday evening (5:15 MT), and has already started to bring heavy rains to Mexico.

But how does it compare to other tropical systems over the years? And why, and how, is it so strong?

Those are among the many questions being asked about a system that grew quickly in the eastern Pacific before bearing down on southwestern Mexico. Thousands of travelers visiting Puerto Vallarta and other vacation spots evacuated or sought shelter as the behemoth approached.

How fast did Patricia develop?

The U.S. National Hurricane Center put out its first advisory on Patricia at 10 a.m. CT (11 a.m. ET) Tuesday, noting that it then had 35 mph maximum sustained winds and no coastal warnings or watches in effect. It ticked up slightly over the course of the next two days, but still was a mere tropical storm in the Miami-based agency’s last advisory on Wednesday night.

The next 24 or so hours, however, saw immense change — all of it for the worse.

And that measurement kept going up from there, except for a slight decrease from 135 mph to 130 mph between 1 and 4 p.m. Thursday.

By 10 p.m., Patricia had become a Category 5, the highest level on the Saffir-Simpson scale.

But even then, it wasn’t done — going up from 160 mph to 200 mph winds over the early morning hours. And forecasters say it won’t necessarily get much weaker before it hits the Mexican coast Friday afternoon or evening.

How historic is this storm?

By most any measure of tropical storms, Patricia is shaping up to be one of the biggest, baddest ever.

The National Hurricane Center noted as much, reporting that it’s the most powerful storm that it’s ever recorded in the Atlantic Ocean or the eastern Pacific. Given that the western Pacific has typhoons rather than hurricanes, that means, “This is the only hurricane that’s ever been this powerful,” CNN meteorologist Chad Myers said.

A few measures account for this assessment. Start with wind speed. For instance, while there have been many hurricanes that have hit the United States since the 1880s (when records started being kept), none have come in with 200 mph winds like Patricia.

In fact, there are few comparisons anywhere around the globe — typhoons included — in recent memory. The closest may be Typhoon Haiyan, which had winds of about 195 mph when it hit the Philippines in 2013.

Another telling reading is Patricia’s central pressure, which was measured at 8879 millibars (the barometric pressure equivalent is 25.98 inches) early Friday afternoon. The lower the pressure reading, generally, the more powerful a storm is.

The only time there’s been a lower recorded measure was Typhoon Tip, a 870 millibars, when it slammed eastern Asia in 1979.

Why is it so strong?

For starters, it’s not like hurricanes are rarities in Mexico. They happen every year, sometimes to deadly effect.

In 2013, for instance, the Latin American country was struck by a pair of deadly hurricanes. Ingrid killed at least 11 people and forced about 32,000 evacuations in Veracruz on the Gulf Coast. Then, on the other coast, Manuel roared through and killed upwards of 100 people and stranded tens of thousands more.

This means, too, that Mexico has a lot of experience with mudslides, storm surges and wind-related issues that come with colossal storms.

Even then, though, Patricia is special.

Part of that has to do with its aforementioned strength, not to mention how it got so powerful, so quickly. And part of the tremendous growth can be tied to the naturally occurring periodic weather phenomenon known as El Nino.

In August, the U.S. National Oceanic and Atmospheric Administration noted this year’s El Nino is “significant and strengthening.” This can have a lot of effects, as evidenced by the 1997 event that spawned weather-related havoc worldwide, from California mudslides to Australian wildfires.

What matters in Patricia’s case is how El Ninos affect ocean water temperatures, heating them up in the eastern Pacific.

Just a 2- or 3-degree uptick above normal there, CNN’s Myers notes, may have been enough to push Patricia from a merely strong storm to a historic one.

The United States won’t be affected anything like Mexico, but that doesn’t mean there won’t be a significant impact.

The Sierra Madre mountains that run through Mexico should break up Patricia significantly, which means that its high winds won’t persist forever.

But the rain is another matter.

Forecasters say remnants of Patricia should drift north into Texas, Louisiana and Arkansas by early next week.

You’d think that might be good news for parts of Texas that have been experiencing extensive drought, but it’s possible to get too much of a good thing.

Flash-flood watches were already in effect Friday for a huge chunk of the Lone Star State from a separate storm system, with 3 to 6 inches of rain expected to fall Friday into Saturday.

Parched ground can contribute to flash floods, if the earth can’t easily, rapidly absorb moisture. And the more rain there is — which Patricia may bring — means that the potential is even higher for more flooding problems.