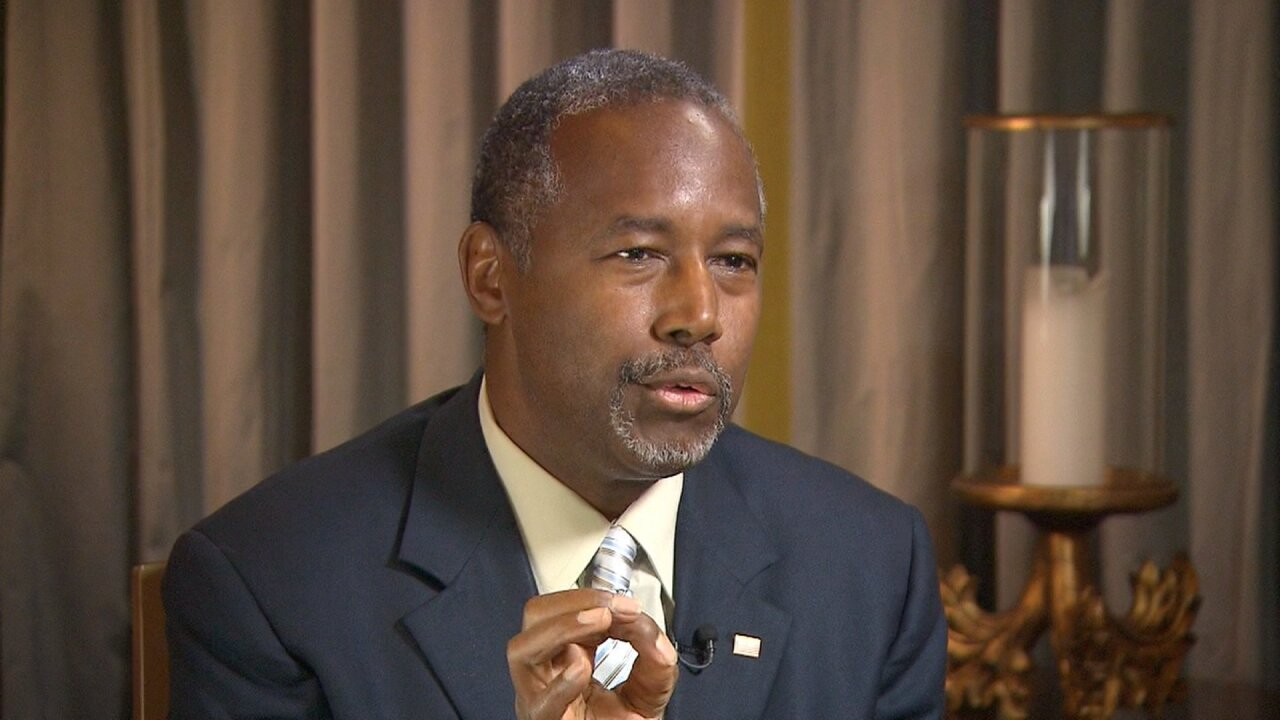 FILE: Ben Carson in an interview with Jake Tapper in September 2015. Courtesy CNN.

(CNN) — Ben Carson on Sunday compared abortion to slavery, saying he’d like to see the Supreme Court decision Roe v. Wade overturned so that the practice can be made illegal.

“Think about this. During slavery — and I know that’s one of those words you’re not supposed to say, but I’m saying it — during slavery, a lot of the slave owners thought that they had the right to do whatever they wanted to that slave. Anything that they chose to do,” Carson said on NBC’s “Meet the Press.”

“And, you know, what if the abolitionist had said, you know, ‘I don’t believe in slavery. I think it’s wrong. But you guys do whatever you want to do?'” he added. “Where would we be?”

Carson said he opposes abortion in nearly all instances — including in pregnancies resulting from rape and incest.

NBC host Chuck Todd asked Carson, “Whose right, I guess, should be superseded? The mother or the unborn child? Whose right, who has greater rights?”

Carson responded, “In the ideal situation, the mother should not believe that the baby is her enemy and should not be looking to terminate the baby. You know, things are set up in such a way that the person in the world who has the greatest interest in protecting the baby is the mother. We’ve allowed the purveyors of the vision to make mothers think that that baby is their enemy and that they have a right to kill it. Can you see how perverted that line of thinking is?”