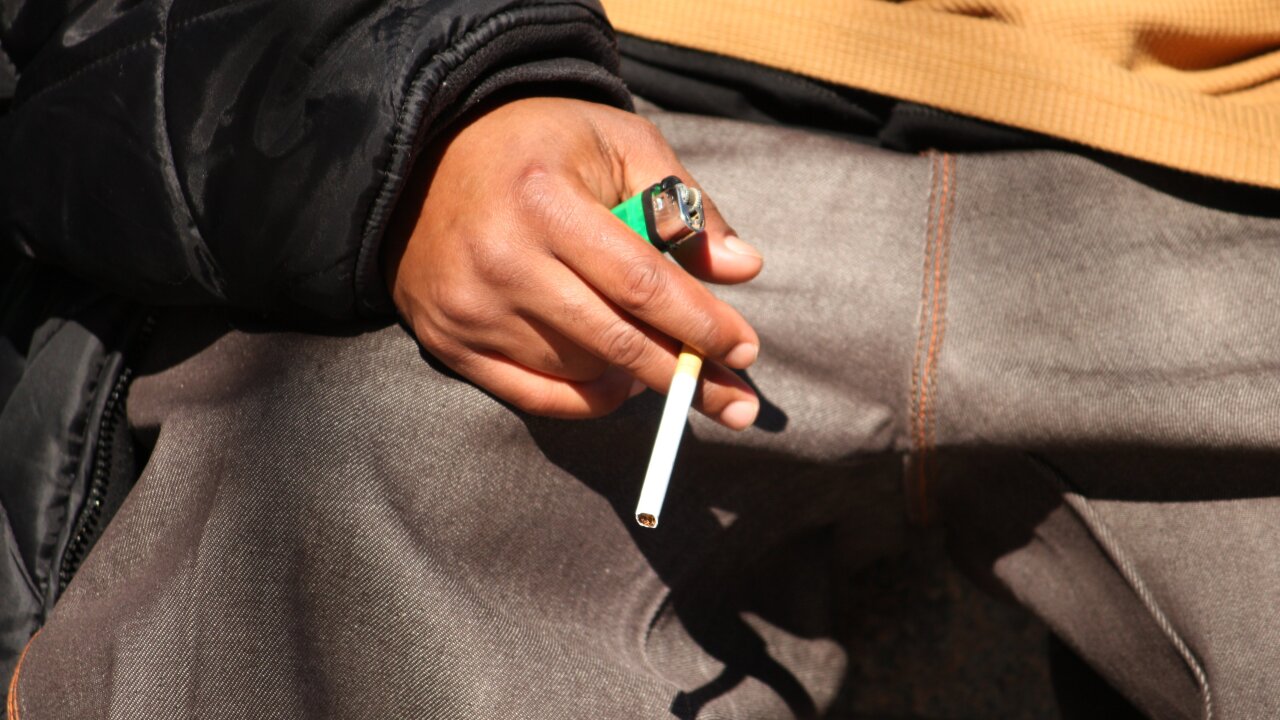 [FILE] This photograph shows an unidentified person smoking a cigarette.

Most people who smoke started in their teens. While the number of kids trying tobacco for the first time has declined since the 1970s, there are still new smokers every year and kids’ doctors want to do something about it.

The American Academy of Pediatrics (AAP) came out with a strong new policy statement that urges policymakers to raise the minimum age people could buy nicotine products, be they cigarettes or e-cigarettes, to 21.

The public health benefits of barring people under age 21 from buying these products could be tremendous, including “4.2 million fewer years of life lost” among the next generation of American adults, according to a report released in March by the Institute of Medicine.

Setting a new minimum age nationwide, that study estimated, would result in nearly a quarter-million fewer premature deaths and 50,000 fewer deaths from lung cancer among people born between 2000 and 2019. Teenagers, especially those between ages 15 and 17, are most vulnerable to becoming addicted at a time when their brains are still developing.

The study, conducted at the request of the U.S. Food and Drug Administration, studied the predicted benefits of raising the minimum legal age for buying tobacco products — currently 18 in most states — to 19, 21, and 25 years. The greatest health benefits would actually come from raising the legal age even higher to 25, at which point the report estimates the prevalence of smokers among today’s teens, when they become adults, would decline by 16%.

The number of people who would not smoke if the age limit was raised to 21 is still significant. It’s estimated smoking rates would fall to 12%.

Even though fewer teenagers are using tobacco than ever before, more than half of current smokers say they started smoking before they were 18, studies show. And the number of teens who tried e-cigarettes and hookahs tripled in one year. The AAP policy statement urges the U.S. Federal Food and Drug Administration to regulate e-cigarettes and other electronic nicotine delivery systems the same as other tobacco products.

Chris Hansen of the American Cancer Society’s Cancer Action Network praised the study when it came out in March, saying “powerful interventions are needed to keep youth from lifelong addictions to these deadly products.”

The American Academy of Pediatrics issued a statement calling the report “a crucial contribution to the debate on tobacco access for young people.”

“There is no safe way to use tobacco,” said Dr. Sandra G. Hassink, the academy’s president.

The FDA cannot raise the age limit nationwide. The minimum age in four states is 19, and in several local jurisdictions including New York City have raised the legal age to 21.

Historically, the tobacco industry has called for “responsible” consumption of tobacco products.

Companies should create more child-resistant packaging to keep curious kids from drinking the liquid nicotine used in e-cigarettes, the AAP policy statement also said. In 2014, there were more than 3,000 e-cigarette calls to U.S. poison centers. As little as half a teaspoon can kill an average-size toddler, according to the AAP. Liquid nicotine is extremely toxic when ingested on its own.

“Tobacco is unique among consumer products in that it severely injures and kills when used exactly as intended,” states the AAP policy statement. “Protecting children from tobacco products is one of the most important things that a society can do to protect children’s health.”