Police: Man who jumped from overpass onto moving semi cited for public intoxication 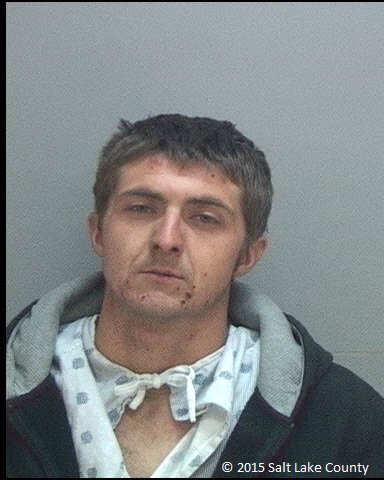 WEST VALLEY CITY, Utah –A man who jumped from the underside of an overpass onto a semi Wednesday afternoon was unresponsive after the fact, but police now say the man was under the influence of drugs and was not injured during the incident.

According to a press release from West Valley City Police Department, officers responded to an underpass on SR-201 at 3200 West after reports of a man climbing on the underside of the overpass.

A police officer tried to persuade the man, now identified as 24-year-old Travis Wharton, to come down. However, Wharton instead jumped onto the top of a semi trailer crossing beneath the overpass.

Police followed the truck and pulled it over, as the driver was apparently unaware of the stowaway atop his vehicle.

Wharton remained on top of the semitrailer and was unresponsive. Fire crews ultimately retrieved the man and transported him to a hospital, and it was determined that while Wharton was not injured he was under the influence of drugs.

Wharton was booked into the Salt Lake County Jail on outstanding warrants, and he was also cited for public intoxication. Police state the incident is under review to determine if further charges against Wharton are appropriate.