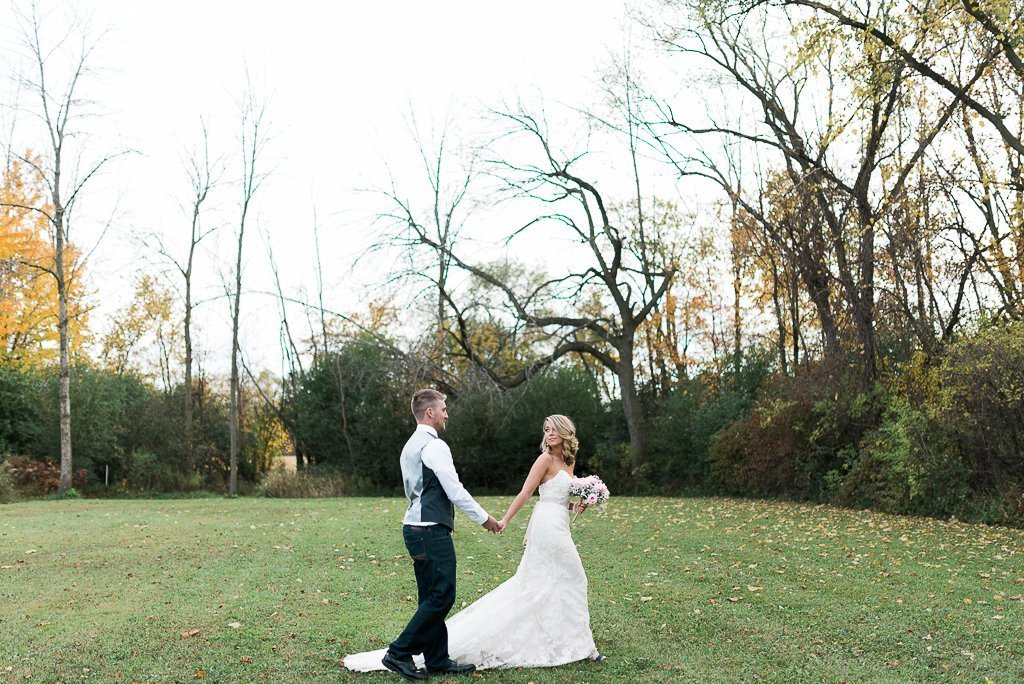 (CNN) — Matt and Heather Koehler were married in Michigan last month, but their wedding photographer didn’t show up to the ceremony. They were upset knowing their special day wouldn’t be documented.

“I found out right before I walked down the aisle,” Koehler said, “We were bummed, obviously, but we still wanted to enjoy our night.”

When photographer Dana Gruszynski, 23, heard the news from her cousin, a guest at the Koehlers’ wedding, she was heartbroken, according to CNN affiliate WNEM.

“I instantly broke into tears for her,” she said. “Weddings are so important.”

The wheels began to turn. She would do a free photo shoot for the couple.

Initially, they set up an intimate shoot for a few weeks later, including just Heather, 27, and Matt, 28. But Gruszynski had different plans.

“I wanted to something more,” she said, “I clicked with Heather. I saw myself in her.”

So she started brainstorming — and wedding planning.

She contacted the Koehler’s friends and family, she had a local flower shop donate a bouquet, her sister-in-law recreated their wedding cake — she even paid a visit to a craft store to mimic their original decorations.

Gruszynski welcomed the couple to her cousin’s home on Sunday, with the song Koehler chose to walk down the aisle, “How Long Will I Love You,” by Ellie Goulding.

“She (Koehler) lost it. I lost it. Her family lost it,” Gruszynski said.

“I could not stop crying,” she said.

Gruszynski has always had a camera in her hand, and a giving heart.

Koehler said, “She’s probably the kindest person I’ve ever met — we couldn’t have asked for anybody better.”