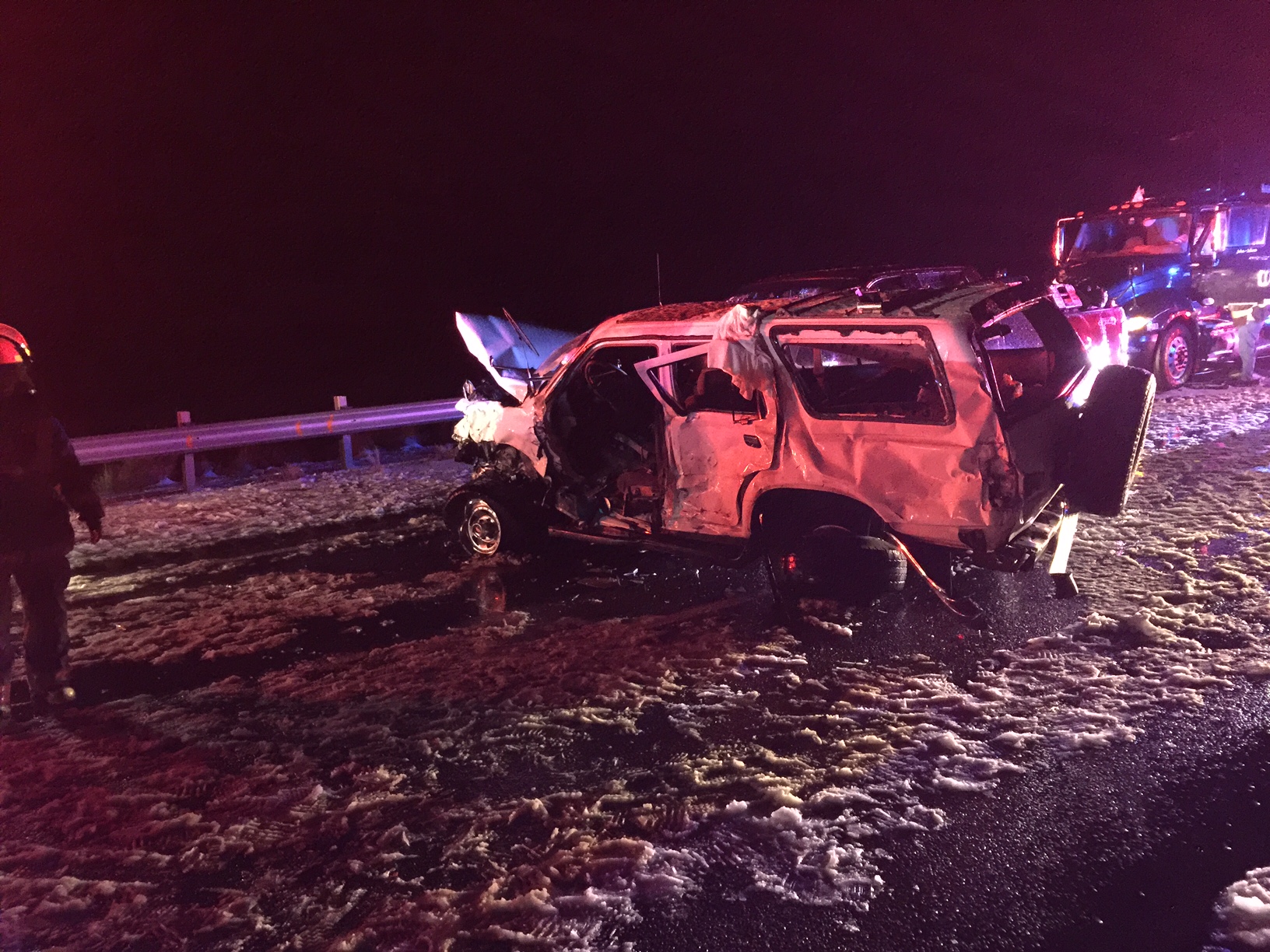 GREEN RIVER, Utah – Investigators said weather is to blame for a nine-car pile up near Green River Wednesday night.

According to the Utah Highway Patrol, several inches of hail and slush caused a Toyota 4-Runner to lose control on the Green River Bridge.

The SUV hit a guard rail on the bridge and spun out in the center of the road before stopping.

Officers said visibility was extremely low at the time and other drivers were not able to see the wreck to stop in time.

In all, four semi trucks and five cars were involved in the pileup.

Multiple people were taken to the hospital, one is in critical condition.