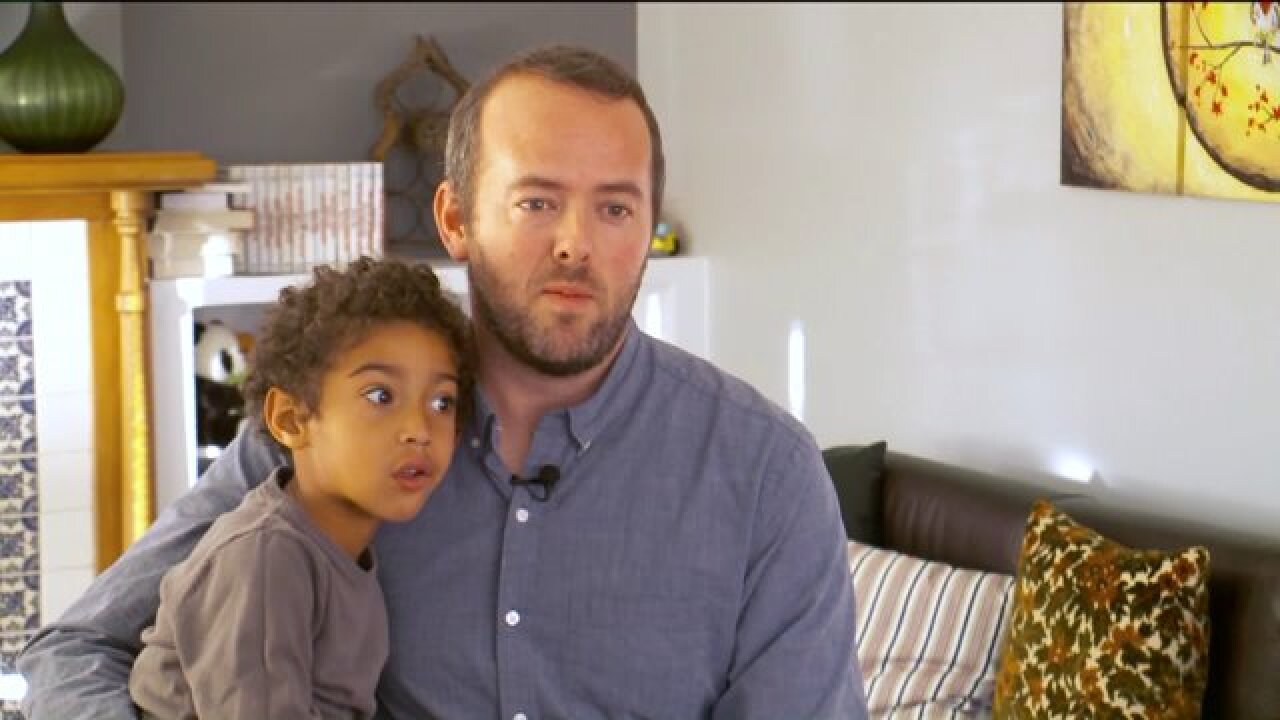 SALT LAKE CITY -- There were strong reactions from some families after the LDS Church confirmed a policy change that some folks fear will rip loved ones apart, as children of same-sex couples might feel they have to pick religion over family.

From blessings to baptisms, the LDS Church says the children of same-sex couples cannot be members of the faith while living with their parents, and that is hitting some families hard.

"As a parent, I don't want any doors closed for my kid, even if it is becoming a member of the LDS Church," said Weston Clark of Salt Lake City.

For 15 years, Clark and his husband have been together. Now they're married and busy raising their two children, Zane and Zoey.

"This really struck personal to me because it was about the kids," Clark said.

In a handbook for Bishops and Stake Presidents, the new policy states that children of same-sex couples cannot become members of the LDS Church unless they're of legal age, are no longer living with their parents, and have disavowed the practice of same-sex relationships.

Clark felt forced out of the Mormon culture. But an act of kindness from a stranger made a big impact.

"I had a neighbor today come over and bring me some flowers and a card, on the verge of tears, and telling me how hard this is for her to take as a member of the church," Clark said.

The change is striking families in all forms.

"To me it's just completely heartbreaking," Jill Rowe said.

"If my child decides to be married and have children, it's heartbreaking to me that the church I've given my life to will not accept that child until they are of an adult's age," Rowe said.

She hopes for clarification and change.

"My plea is, when do we just get on with the business of loving each other, because that's what I think Christ would have us do," Rowe said.

Friday, FOX 13 received several notifications of mass resignations from the LDS Church that will be happening in the coming weeks.