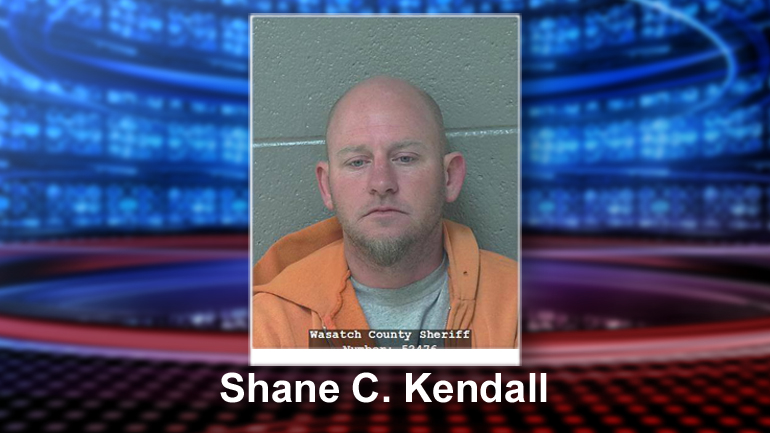 HEBER CITY, Utah — A man is facing numerous charges that include attempted homicide after he allegedly fired several shots at his wife while she was running away following an “alcohol fueled” domestic dispute Thursday night.

According to information from the Heber City Police Department, 36-year-old Shane Christopher Kendall fired several 9mm rounds at his fleeing wife after a physical altercation during a domestic dispute.

Two rounds hit her vehicle, and three others ricocheted and damaged a neighbor’s garage. Police stated two children were inside the home at the time but were not harmed. Police stated the wife was sober while the husband was intoxicated, and they said the woman was not injured during the physical altercation with Kendall.

Police responded around 8:30 p.m. Thursday after a neighbor called 911 to report the dispute and that shots were fired. The neighbor was alerted when the fleeing woman struck her husband’s car with her vehicle twice during her attempt to flee.

When officers arrived at the scene, Kendall surrendered without incident. The man was arrested and booked into the Wasatch County Jail. Police stated investigation revealed, “Kendall fired multiple rounds at his wife as she attempted to flee from an alcohol fueled domestic dispute.”

The Utah Domestic Violence Coalition offers help and resources for those affected by domestic violence. Help is available at their website or by calling 1-800-897-5465.