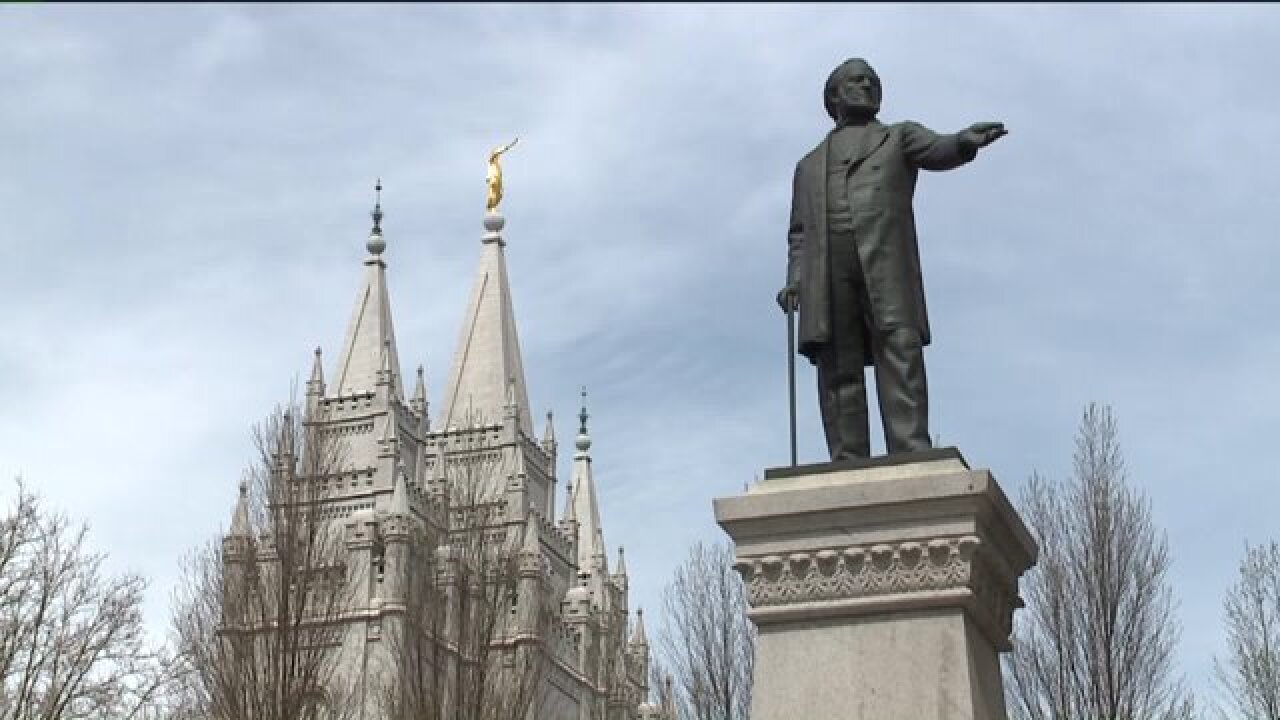 SALT LAKE CITY - Should children be denied membership in a church because their parents are gay? That question is at the center of a debate over a new policy from The Church of Jesus Christ of Latter-day Saints regarding same-sex couples and their children.

The issue has lit up social media with powerful emotions on all fronts, with many expressing feelings of anger, confusion and disappointment. Some say it clears up where gay people stand in the eyes of the church. Others say it goes too far and hurts children.

Jen Blair is a member of Mama Dragons, a support group for women who are or were members of the LDS Church and have an LGBTQ child. She said she is heartbroken over the new policy, which is found in a handbook for bishops and stake presidents.

“This is a painful one," Blair said. "There are a lot of us that feel like a line has been drawn in the sand."

The LDS Church says they’ve been on record as opposing same-sex marriages, and the policy ensures children won’t be put in a difficult position. The LDS Church also has a similar policy with children who are living with polygamous parents. But Blair, a mother of a gay son, says the policy is unfair because it applies even if a child isn’t living with same gender parents.

“It's offensive, it's dangerous, it's heartbreaking," he said.

Harrison said his friends feel hopeless and are torn because even though they aren’t members, their children won’t be afforded the opportunity. He says many are preparing to leave the church.

“I know people who have drafted their letter," he said. "They're handing it in, and the church is poorer for that.”

The thing Jen struggles with the most is that she said the policy suggests that there’s something fundamentally wrong with children who grow up in a same-parent household.

“It`s very difficult to know that my own grandbabies, if he were to be an ax murderer or a rapist or a convicted child molester, my grandbabies would be welcome to join the church and be baptized,” Blair said.

This is an issue many people are weighing in on, and a protest is planned at Temple Square this Sunday at noon.