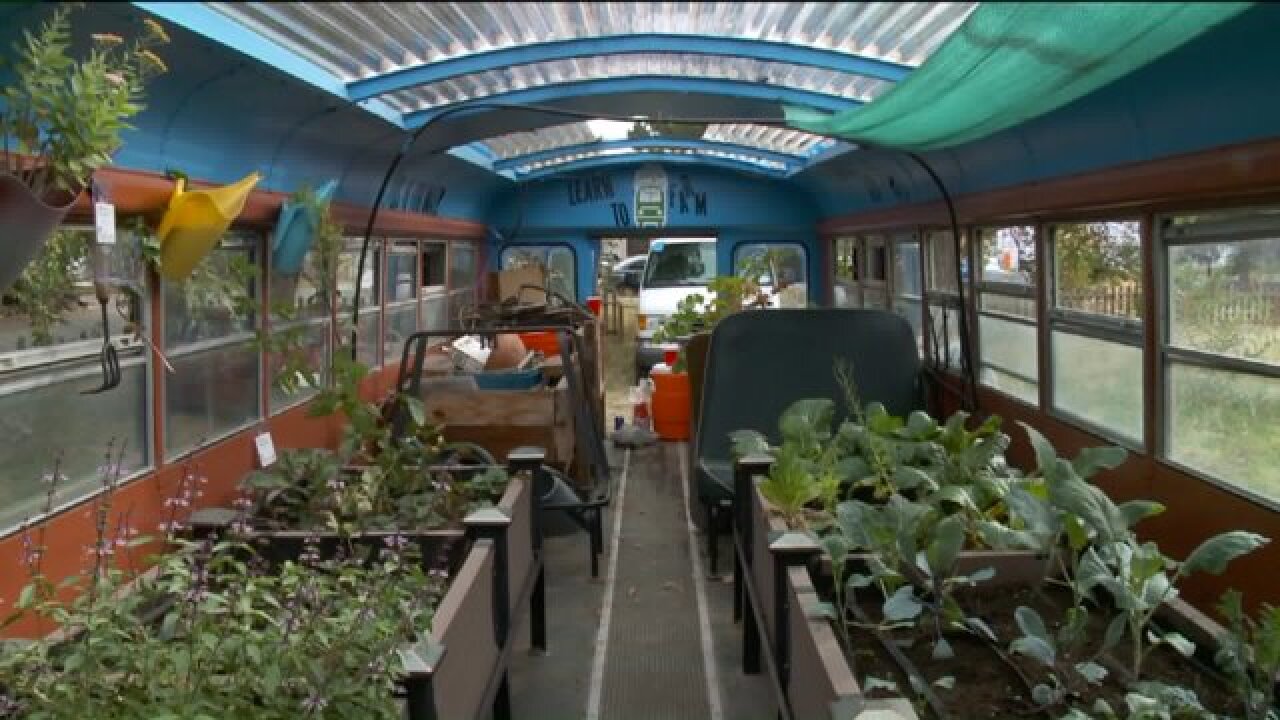 SALT LAKE CITY -- It used to take children to school, but now it's a garden on wheels, and the bus will soon be delivering fresh fruits and vegetables to the west side of Salt Lake City.

“I like to describe it as an ice cream truck with veggies,” said Shawn Peterson, executive director at Green Urban Lunchbox. “So we’ll travel around to five different stops in the Glendale and Poplar Grove neighborhoods, in partnership with Salt Lake City, to bring fresh fruit and vegetables to all those neighborhoods.”

The Green Urban Lunchbox is known for creating a mobile greenhouse inside an old school bus, but the organization is now taking it to the next level. Starting next spring, half the bus will be converted into a mobile produce cart.

“There’s tons of people who just don’t have access to quality, healthy food… whether because of price or just plain access,” Peterson said. “If you don’t own a car, and you live a mile from a grocery store, or two miles from a grocery store, it’s really hard to get groceries for a family of four.”

The first step starts here, at an empty lot on 11th West and 33rd South. Volunteers were out prepping the land for a new farmer training site.

They cleared the area of weeds, trees and other invasive species, so others can till the land and get it ready for farmers next spring. The produce that comes out of it will be used in the new mobile cart.

“We know that if people eat more fruits and vegetables, they’ll have a lower risk of cancer, diabetes, all sorts of chronic diseases like that,” Peterson said.

Volunteers said it's easy to get involved in the project, especially if it means feeding more mouths.

“You can’t have a bad day volunteering, because you know the work you’re doing is really beneficial and someone really needs it,” Volunteer Risshan Leak said. “So, while it might be a little labor intensive, it’s fun to have your team and your friends working with you.”

Another volunteer, David Nichols, also spoke about the effort.

“How much more smaller can you get than going out into the neighborhood in which your office originates and just giving back?” he said.

The Green Urban Lunchbox, in partnership with Utahns Against Hunger and Salt Lake City, wrote a grant to the USDA to receive funding for the project.

Starting the first week of June 2016, the bus will visit sites like the Sorensen Unity Center and the Hartland Community Center twice a week.

Families will be able to get their fresh produce at an affordable cost for the following 22 weeks.

“You know, there’s two sides of the picture,” Peterson said. “You need farmers to be able to make a living growing food, and then we need people to be able to afford quality, healthy food. And so, I love the programming that we do because it really is a creative use of space.”