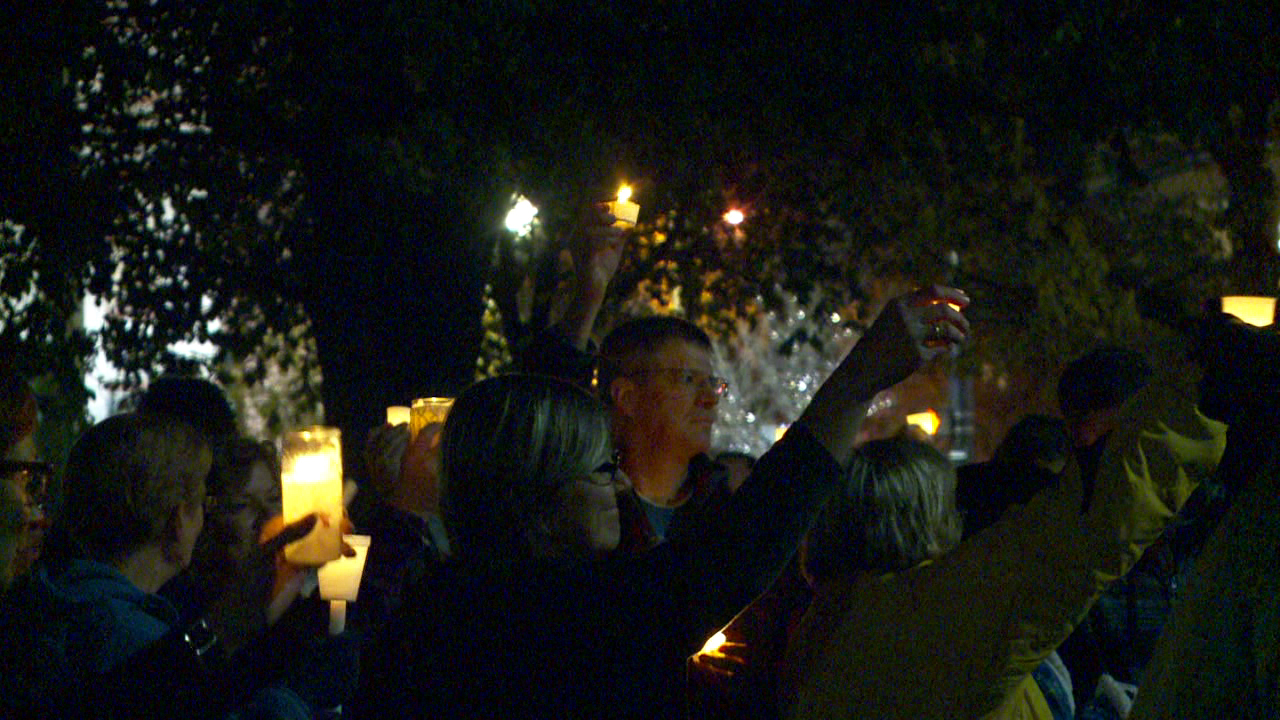 SALT LAKE CITY — Dozens of people showed up to sing hymns and share their feelings about a change in policy from the LDS Church that labels members in same-sex marriages as apostates and prohibits their children from becoming members of the LDS Church.

The vigil Sunday night at Pioneer Park was organized by the group Affirmation, which is a support group for those who are LGBT and Mormon.

Event organizers said the gathering was meant as a show of love for anyone who may have been hurt by the change.

“We came together to mourn with those that mourn, and to comfort those who stand in need of comfort,” said Christian Harrison, who helped Affirmation organize Sunday’s event. “The vigil is meant to bring people who are hurting together. For the people that came, it was a moment of peace in a week that has been filled and fraught with pain and suffering.”

He added: “For those who were too afraid or too far [away] to come, hopefully it’s a reminder that they’re not alone, that others are concerned about this surprising and painful change to church policy.”

Another, separate, event held earlier Sunday had more of a protest tone, with a group rallying near Temple Square against the change.

Friday, LDS Church leadership elaborated on the policy change and the reason for enacting it, click here for details.