Woman and her dog killed in Hurricane apartment fire, no word on cause

HURRICANE, Utah - A woman and her dog were found dead after an apartment fire in Hurricane Monday.

Neighbor Shanon Shosted lives next door to where the fire broke out. Shosted said she called 911 just after 2 a.m. when she heard an alarm going off and banging and screaming.

Officers went to the apartment and found smoke and fire coming from one of the units.

They forced open a back door and were able to help a 40-year-old man from the apartment through the smoke.

He was taken to the hospital and is in stable condition.

Authorities tried to use fire extinguishers to put out the flames but the blaze was too intense.

Hurricane Valley Fire District arrived and was able to put out the fire in under 10 minutes, according to Fire Chief Tom Kuhlmann. But he said unfortunately by the time they found the 57-year-old woman who lived in the apartment, she was dead.

“During a primary search, unfortunately in the room of the fire origin they found a female deceased,” Kuhlmann said.

Neighbors said the victim had been a paraplegic and bed ridden for more than 30 years; she could not move without help.

“She was a good friend,” said neighbor Rosalee Linam. “And I knew her dog well too.”

Three adjoining apartments were evacuated as a precaution.

Those residents were relocated to other apartments in the complex.

The apartment was a total loss with estimated damages at about $75,000.

The State Fire Marshall, Hurricane Valley Fire District and Hurricane City Police Department are investigating the cause of the fire.

"This is an unfortunate tragedy; our hearts go out to the families and those involved," Hurricane City Police Sgt. Brandon Buell said. "This serves as a reminder to have functioning fire alarms in our homes. In this instance it alerted the neighbor who was able to call 911 and subsequently help save additional lives."

Investigators are still trying to determine the cause of the fire, but say it does not appear to be suspicious at this time. 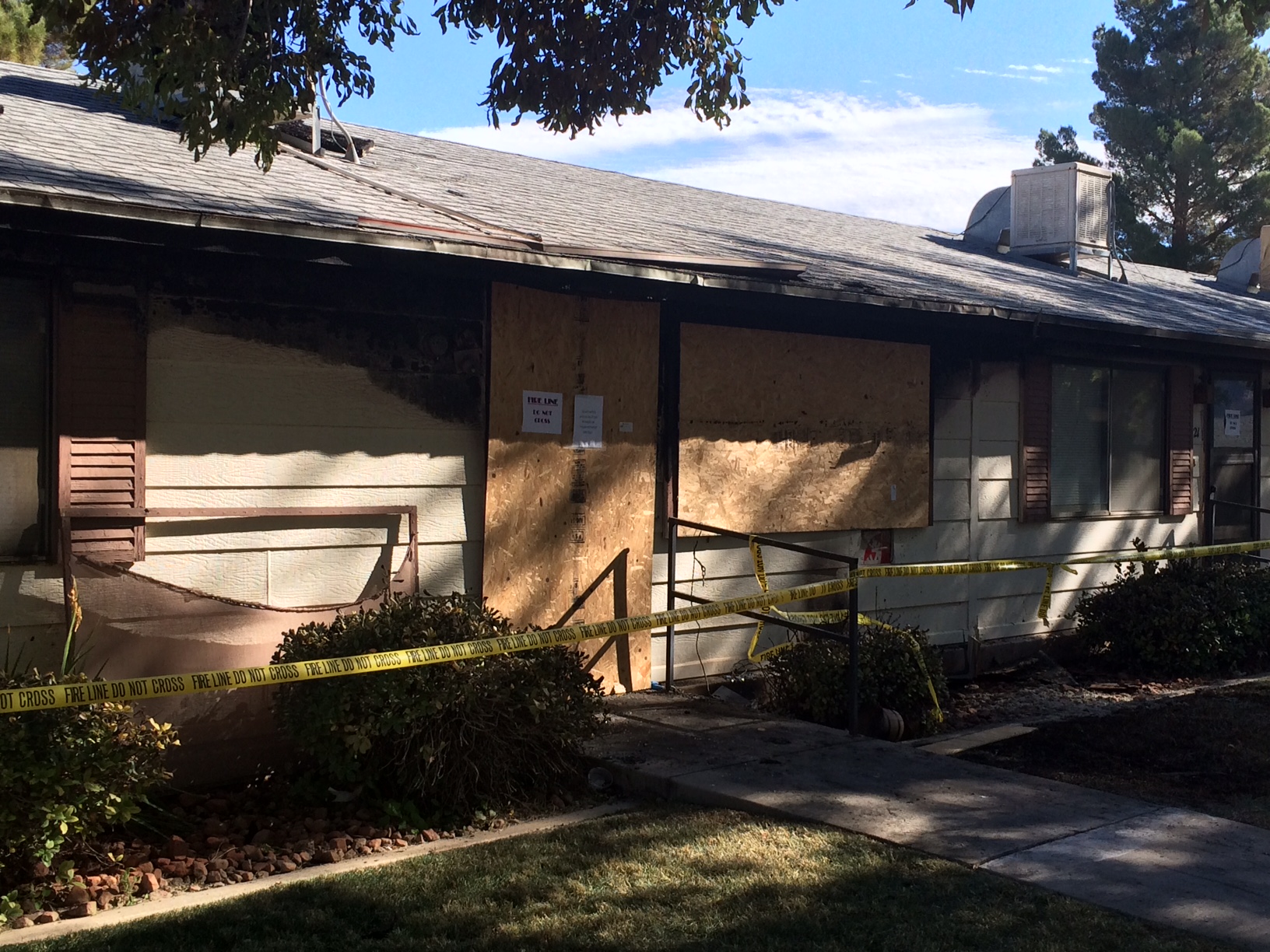