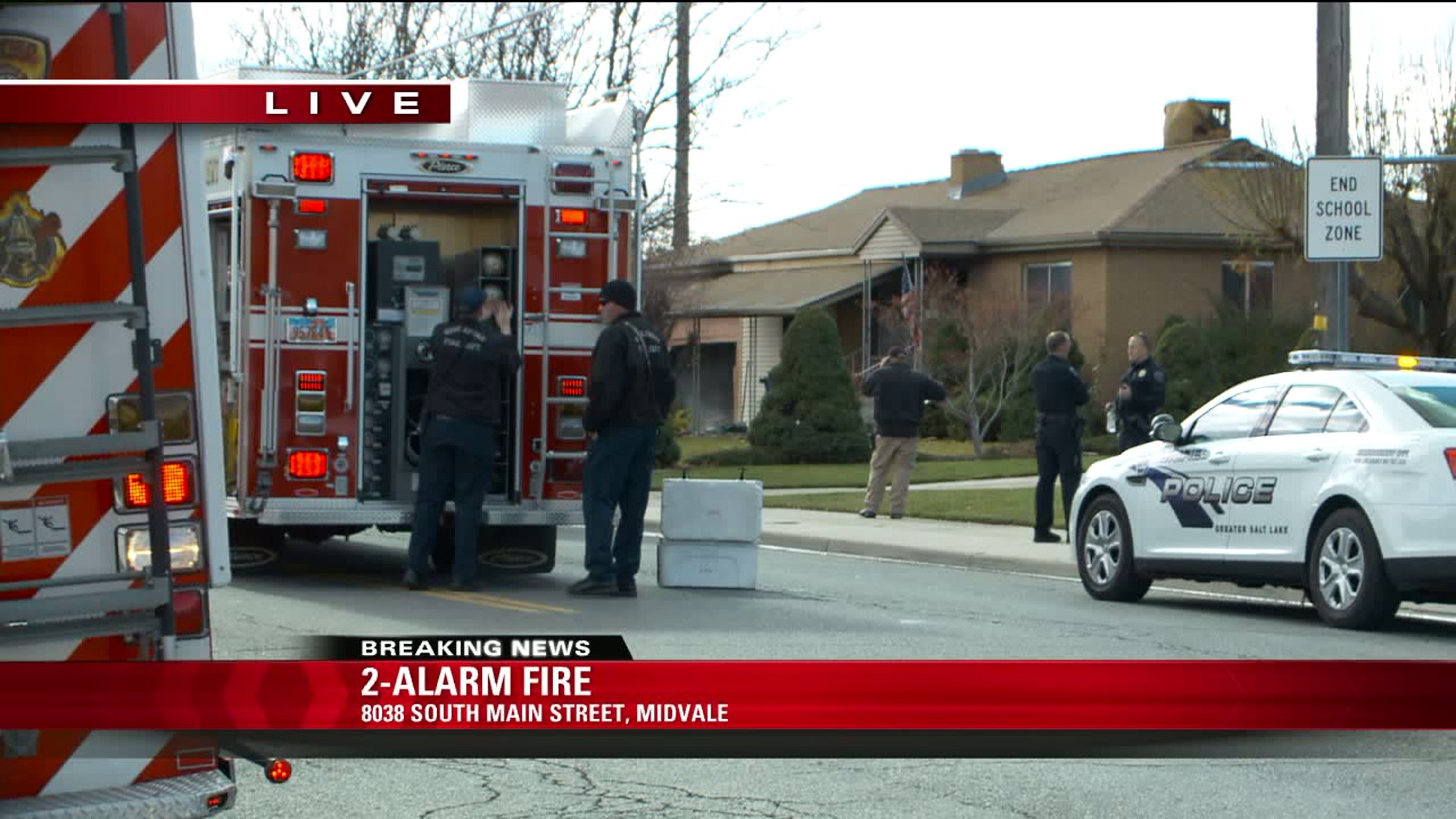 MIDVALE, Utah – One man is in custody after a two-alarm fire at a Midvale home Wednesday.

Officials said they believe man had a mental episode and set a box on fire in the front yard and then took it inside the house.

Authorities said they were able to get everyone who was inside the house safely out.

However, the man believed to have started the fire would not cooperate with authorities and had to be tazed and removed from the house.

One first responder suffered smoke inhalation, was treated at the scene and is expected to recover.

Officials have not identified the suspect at this time.