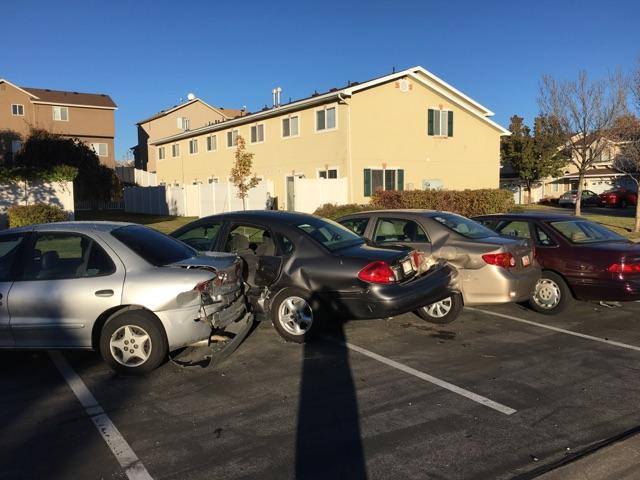 WEST JORDAN, Utah – Several vehicles sustained damage in West Jordan after a car swerving to avoid another vehicle hit a car and pushed that vehicle into several other vehicles at an apartment complex.

Police in West Jordan said the crashes occurred Saturday morning around 9:20 a.m. at 6739 South Etruscan Way when a car travelling through the lot at an apartment complex was cut off by another vehicle, swerved and hit a separate car.

That initial crash triggered a domino-like effect as several other cars collided and sustained damage. Photos from the scene show the damaged vehicles.

Police said there were no injuries in association with the series of crashes, and the driver did not display any signs of impairment.