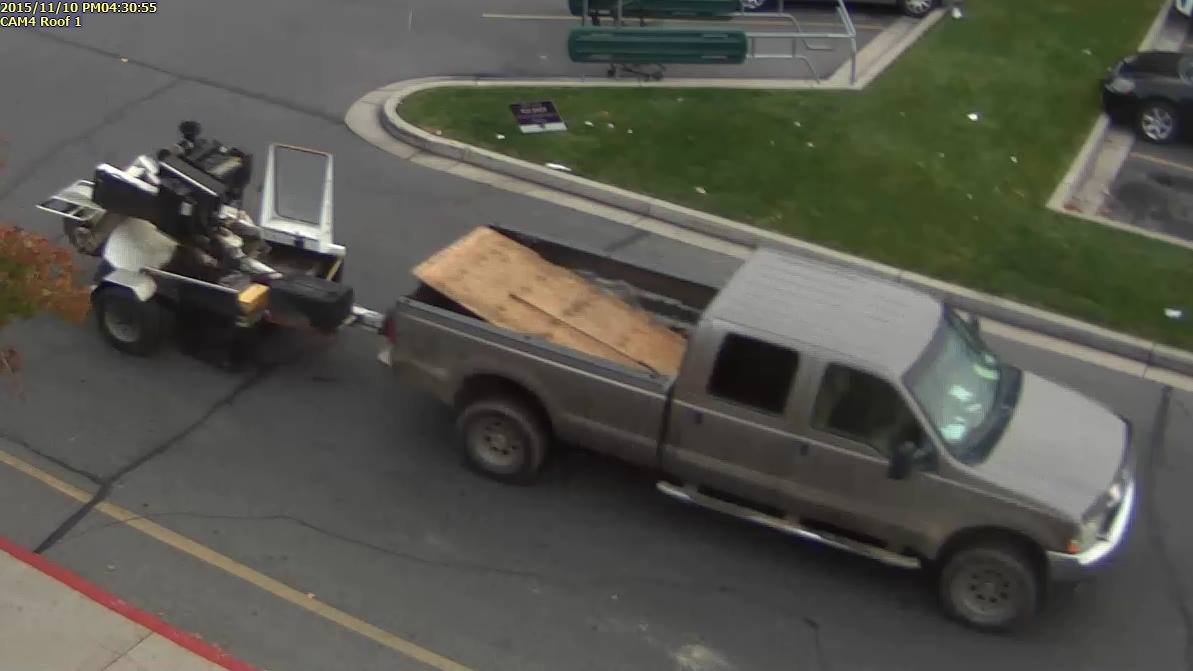 LOGAN, Utah – A hit-and-run suspect has been found after pictures of the man were posted on the Logan Police Facebook page Monday morning, according to Logan police.

The accident occurred on Nov. 10 in Lee’s parking lot, 555 E. 1400 North. It was a property damage hit-and-run. There were no injuries reported, police say.

Video from the scene showed the male driver of the truck hit another vehicle then leave the scene.