Police: 7 arrested, 2 dead after raid on terror suspects in Paris 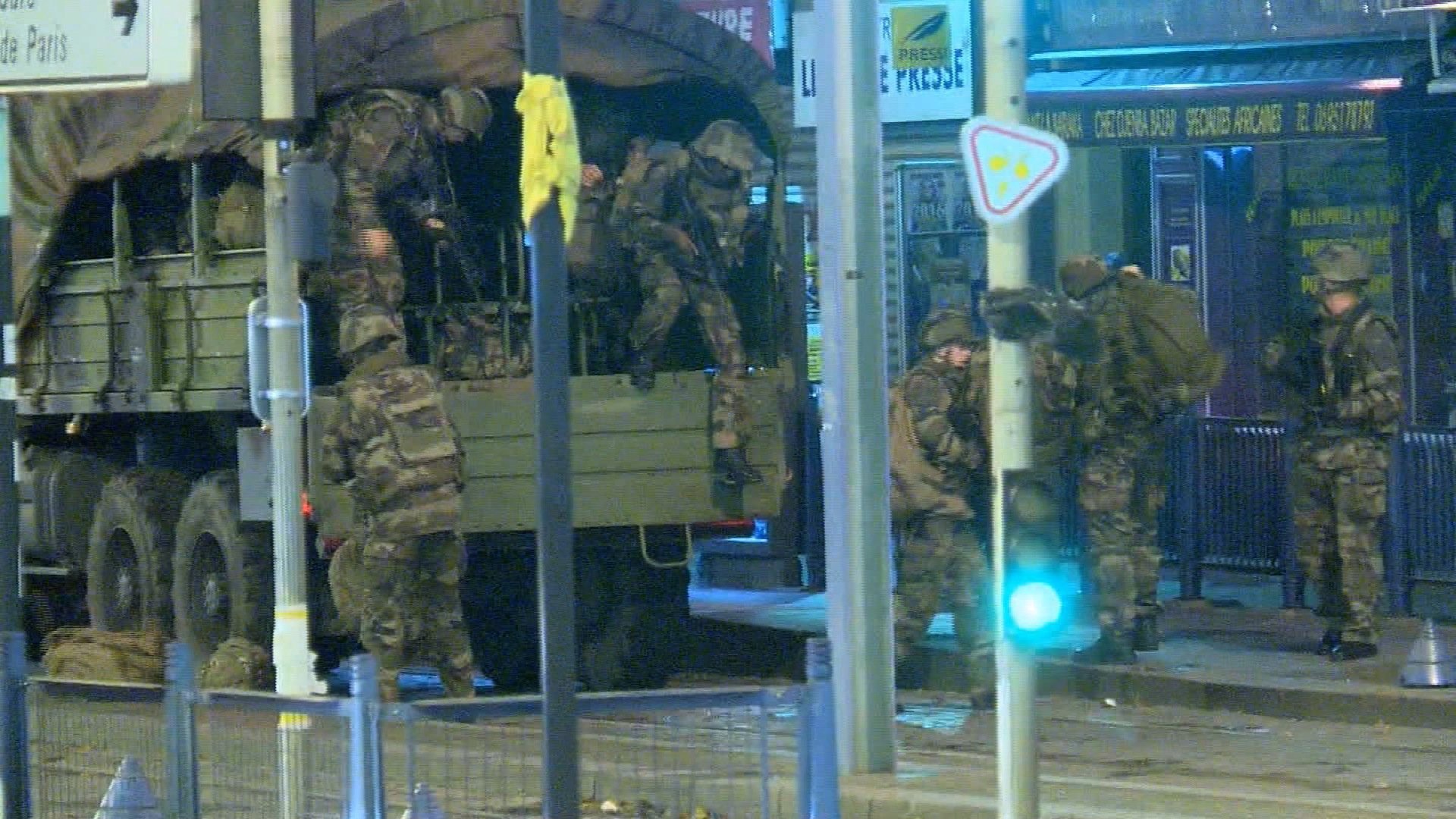 CNN’s Atika Shubert was at the scene of Wednesday morning’s police raid on terror suspects in the northern Paris suburb of Saint Denis. Here’s what she saw.

The first signs of operation

It was first reported on Twitter as so often happens these days. It can be a rough neighbourhood and so when gunshots were first heard it was hard to know how serious it was at first. There have been incidents of normal fire crackers going off and people panicking. So at first we weren’t sure.

But then people started posting pictures of the sustained gunfire on YouTube and we realized that no, this is much more serious. And then on the way to the area we got confirmation that it was a police operation linked to the terror suspects in Paris.

When we first arrived we saw a SWAT team stream past us so we put ourselves into position. At that time we could still see straight into the plaza where a lot of the operation was happening. I saw one heavily armed unit in riot gear moving down the street with their weapons pointed up towards the upper floors. Then three military trucks arrived and armed soldiers came out and formed a perimeter.

As we started to set up I saw these guys with masks and balaclavas coming up. They’re the “police judiciare,” the investigative police, and they started to walk in among the crowd of journalists, looking into faces as though they were looking for someone in particular. I’ve been told by another journalist that this is fairly common at protests but perhaps not so common in a situation like this.

I saw the scene, so I said to CNN control room: “Come to us live.” I was then describing on air what these police were doing, including one of them showing a picture to the other officers. As I was doing that we heard explosions go off, so I talked to the camera as we were live.

…and then the explosions came

We didn’t know how many were going to be coming. I counted down the explosions, there were maybe six or seven in total. It was very fluid, very fast-moving. At the time you could see the police were very tense, especially the guys with the masks, the balaclavas. They were looking almost angry as they were moving through the crowd of journalists.

It was definitely a very serious and fast-moving situation that was reaching its climax at that point.

View of the plaza…

We were using a portable satellite dish known as a BGAN and needed to get a signal. To do that we had to put it on top of a bus stop, which was slightly at an angle to where the plaza was.

So I couldn’t see directly into the plaza but it also allowed us this great shot of the guys with the balaclavas coming through and also all the military personnel.

I think that the explosions were not actually in the plaza, although I’m not quite sure. We’re still trying to work out what happened. It seemed it was in a side street to it.

We couldn’t see what was actually happening but we could see that a helicopter was shining a spotlight onto one of the buildings, although we couldn’t exactly see which one. But we could see police units moving up and down the street with their weapons up. I guess they were clearing bystanders and moving, as you would if you have to clear an area or watch for anyone above you.

Exactly. It appears that there were six suspects in total. One of them was a woman who blew herself up with a suicide vest so I think the big concern was what other explosives or devices did they have, not only in the apartment but in the general area.

There was a lot of concern. I’m maybe speculating here but I’m not sure the police were expecting that many suspects. There is always that concern about how many suspects there are.

That was probably why you saw the police coming into the crowd of bystanders and among us, to see if there were any accomplices among the crowd, watching it happening.

But it just felt very fluid, very tense. We were watching it unfold minute-by-minute.

It felt like a few minutes but I suspect it was shorter. But in my mind, waiting for the next explosion, you were counting them down. I think those explosions were controlled detonations.

I think the actual operation when the three suspects were killed happened much earlier, maybe between 4.30 and five in the morning.

It was tense here when I arrived but now it’s drawing down. Police look more relaxed, although there are still military out here: I can still see soldiers in the plaza for example.

We are on a commercial road here, there is a brasserie, a little jewelery or knick-knack shop and loads and loads of apartments. So people are looking out of balconies, wondering what’s going on. Meanwhile there are soldiers in the streets with weapons.

A lot of the units that were here earlier have left and a lot more residents and bystanders have come out, sharing stories about what they heard, what happened.

Some people were leaving to go to work in the morning. There was one man we spoke to who got up and, while there was a lull in the gunfire, was trying to leave. Then the gunfire started again and the police suddenly said: “You have to evacuate now.” And he was like “my three-year-old daughter is there” and so he went up to grab his daughter.

It’s totally freaking people out. The residents are talking between themselves trying to figure it out, piecing together a lot of rumors and speculation.

This is a neighborhood that suffered from one of the terrorist attacks. The stadium bombings were here. So people feel particularly on edge: not only were they hit by the attack but now they might have had the perpetrators living among them.

For the residents it’s a really hard thing for them to come to terms with.