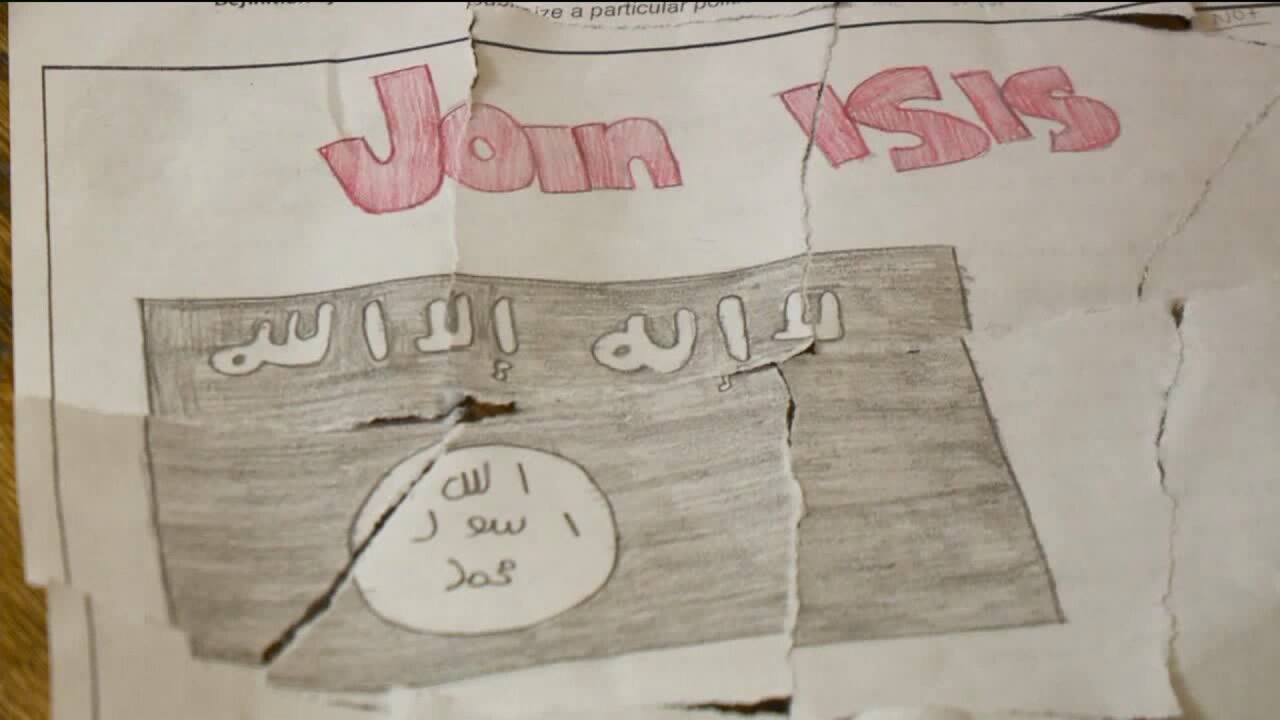 SALEM, Utah -- Students in ninth grade at Salem Junior High School were given a homework assignment where they were told to draw a propaganda poster for a terrorist organization.

After parents complained, the assignment was canceled. However, many students had already completed it, leaving some parents concerned about what they had been exposed to in the process.

Annie Langston couldn't believe her 14-year-old daughter Mikalia was given the assignment.

"My initial response was, 'there’s no way you’re going to do this assignment,'" Langston said.

To complete her assignment, 9th grade Mikalia ended up on the Internet, where she typed in, 'how to recruit for ISIS' into Google. Her mother thinks it's an inappropriate topic for her teenager to explore while the world remains on high alert after recent threats from the deadly terrorist organization. She decided to write a letter to the teacher and the principal, asking for an explanation.

Langston said: "In light of what happened in Paris, is that the reason for this assignment? I feel a different assignment or report could’ve been chosen or a discussion in class about the tragic events."

Langston received a response from the teacher soon after, apologizing for the misunderstanding and informing her the assignment had been canceled. She also received a phone call from the principal.

"They’ve sat down with this particular teacher, and it has been taken care of," Langston said. "The assignments that have already been turned in, they have been shredded."

Mikhail never turned in her poster, and she brought it home to show her mother.

"When I found out she kept it, I told her rip it up," Langston said.

The assignment was given by a first year teacher, but Annie Langston doesn't want to see anything bad happen to her. She believes it was an honest mistake and in every other respect, this is a good teacher for her daughter.