Firefighters from Duchesne and Altomont Fire Departments responded to an older mobile home, 5500 S. 21000 West, at 1:11 p.m. where they discovered the structure was already engulfed in flames, according to a Facebook post from Duchesne County Sheriff’s Office.

The mobile home belonged to Don Mckee. He’s been using it as a wood shop to make toys for almost four decades.

“When I was growing up my dad had no money to buy toys, so I just started making my own, and I've been doing it ever since,” Mckee said.

Amongst the rubble and debris, some wooden toys survived, but all of Mckee’s tools and patterns are gone. Mckee’s wife, Carol, says it’s been painful to watch her husband’s life-long work go up in flames.

“It was overwhelming. You don't know what you got until you lose it,” Carol Mckee said.

Mckee is retired. He donates most of his toys to organizations like the Food Bank and Sub for Santa, but he also tries to sell what he can to take care of his family.

“Part of it is our livelihood because when he makes them sometimes he tries to go and sell them and we use the money for the things we need around here,” Carol Mckee said.

Mckee’s granddaughter Felicia says people are already coming forward and offering to help him get back on his feet.

“Any donations will help to get him back to doing what he loves and giving back to the community like he normally does,” Felicia Mckee said.

After years of carving wood for his community, Mckee is humbly brought to tears by all the people who are helping him rebuild his hobby shop.

At one point during the blaze, the above power lines caught fire and dropped to the ground, according to the sheriff’s office. No one was injured but power was disconnected.

The mobile home was a total loss.

Mckee told authorities the fire occurred when he attempted to start a fire in the fireplace.

He stepped outside to get firewood when smoke started coming out of the structure, according to the sheriff’s office.

Mckee’s wife called 911. McKee attempted to suppress the flames with garden hose, but the water was shut off.

A Go Fund Me page was set up to help Mckee get his shop running again. For more information, click here. 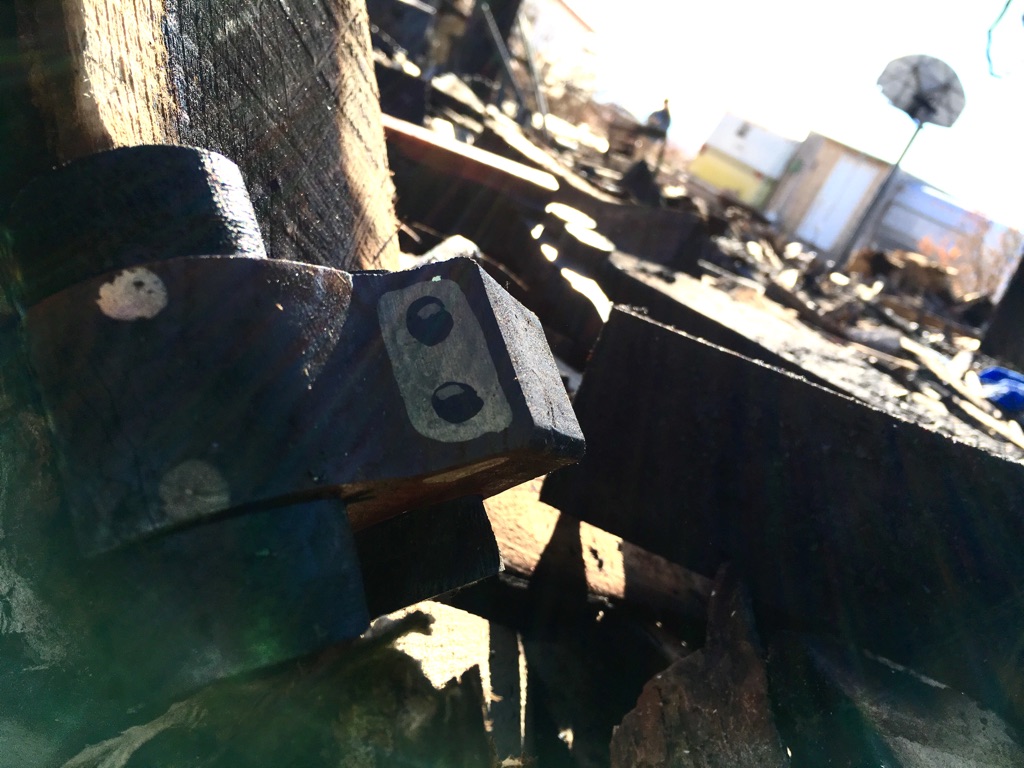