Lt. Lex Bell, Unified Police Department, confirmed to FOX 13 News the fatal crash occurred in the area of 4000 West and 4700 South around 3 p.m.

Bell said the motorcyclist who was killed is 19-year-old Edgar Osvaldo Frayre-Rodriguez.

The motorcyclist was part of a group of three people on motorcycles and initial investigations indicate the group was turning right to exit a Chevron and travel southbound on 4700 South.

Bell said it appears the victim swung wide and wobbled, and he was struck by oncoming traffic.

The Jeep that hit the motorcyclist after he swung wide fled the scene.

Officials have identified the person of interest as Tyler Hurt of West Jordan.

Authorities said Hurt has not returned home since the day of the accident.

“It does appear that the motorcycle itself was wobbling when it came out of the parking lot and went into oncoming traffic, so obviously it will be interesting to see why the driver of that Jeep didn’t stay on scene," Bell said.

Bell said the crash was a head-on collision.

“The front end of the motorcycle is heavily damaged, so it looks like it was a well, direct, head-on collision," he said. "...He was wearing a helmet, but it seems like it was such a devastating impact that that helmet did not save their life."

The family of Frayre-Rodriguez has set up a Go Fund Me page to help with expenses. 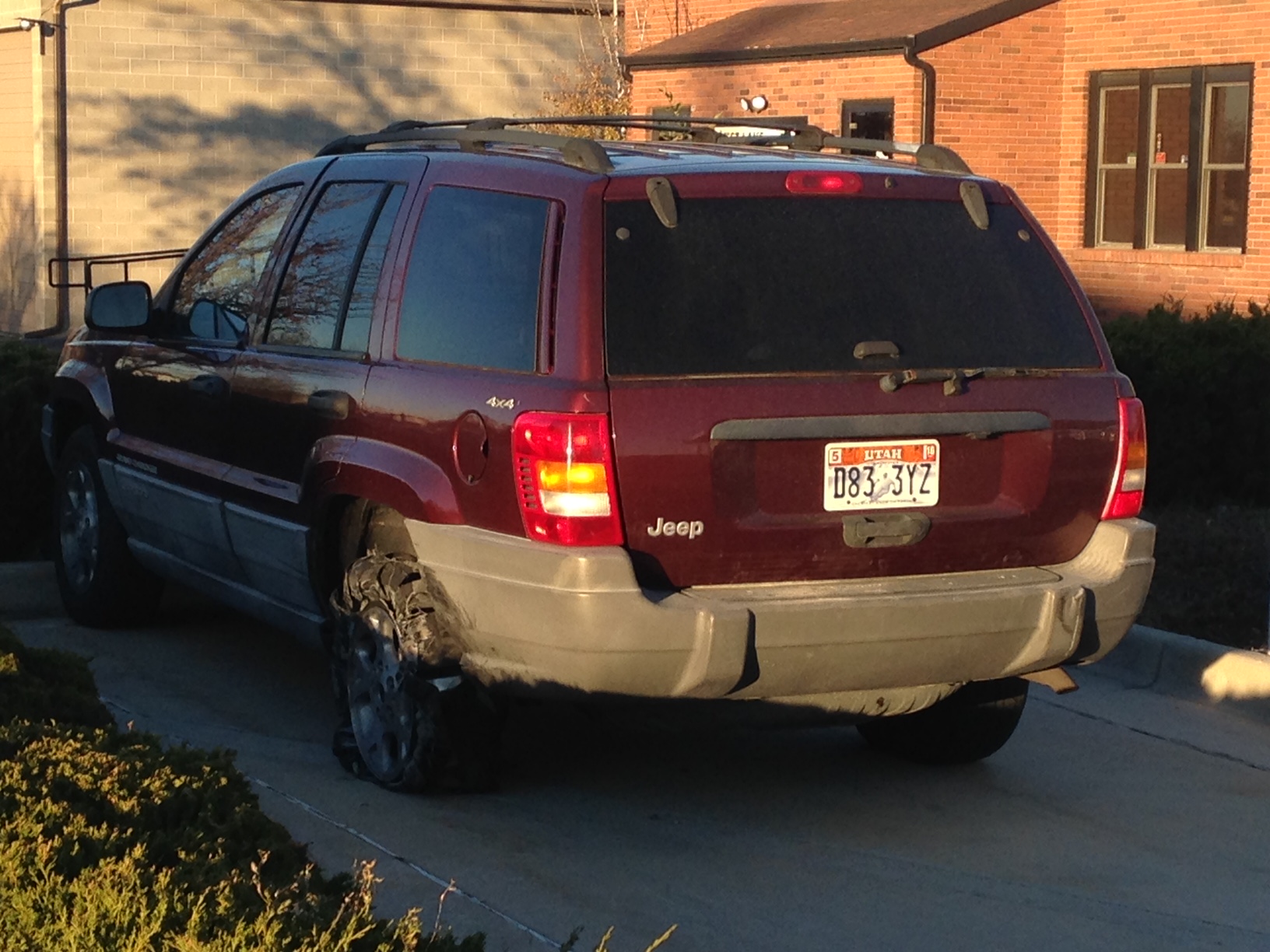 Police located a Jeep without anyone inside some distance away, and there is evidence linking that Jeep to the fatal crash.

Police said a piece of the Jeep was found at the scene of the crash. The vehicle is a maroon Jeep Grand Cherokee, believed to be an early 2000's model year.

As for the driver, Bell said:  “I just know that the driver was described as a male, Hispanic, [and] in his 20s. And not a lot more than that.”

Bell said that because it appears that the motorcyclist was the one who caused the crash, unless they learn that the driver of the Jeep was impaired or otherwise operating the vehicle illegally, the maximum charge the driver could face is a misdemeanor charge for leaving the scene of an accident involving injuries.

Anyone who recognizes the vehicle or who has information about the fatal crash and the suspect's departure from the scene is asked to call UPD at 801-743-7000.