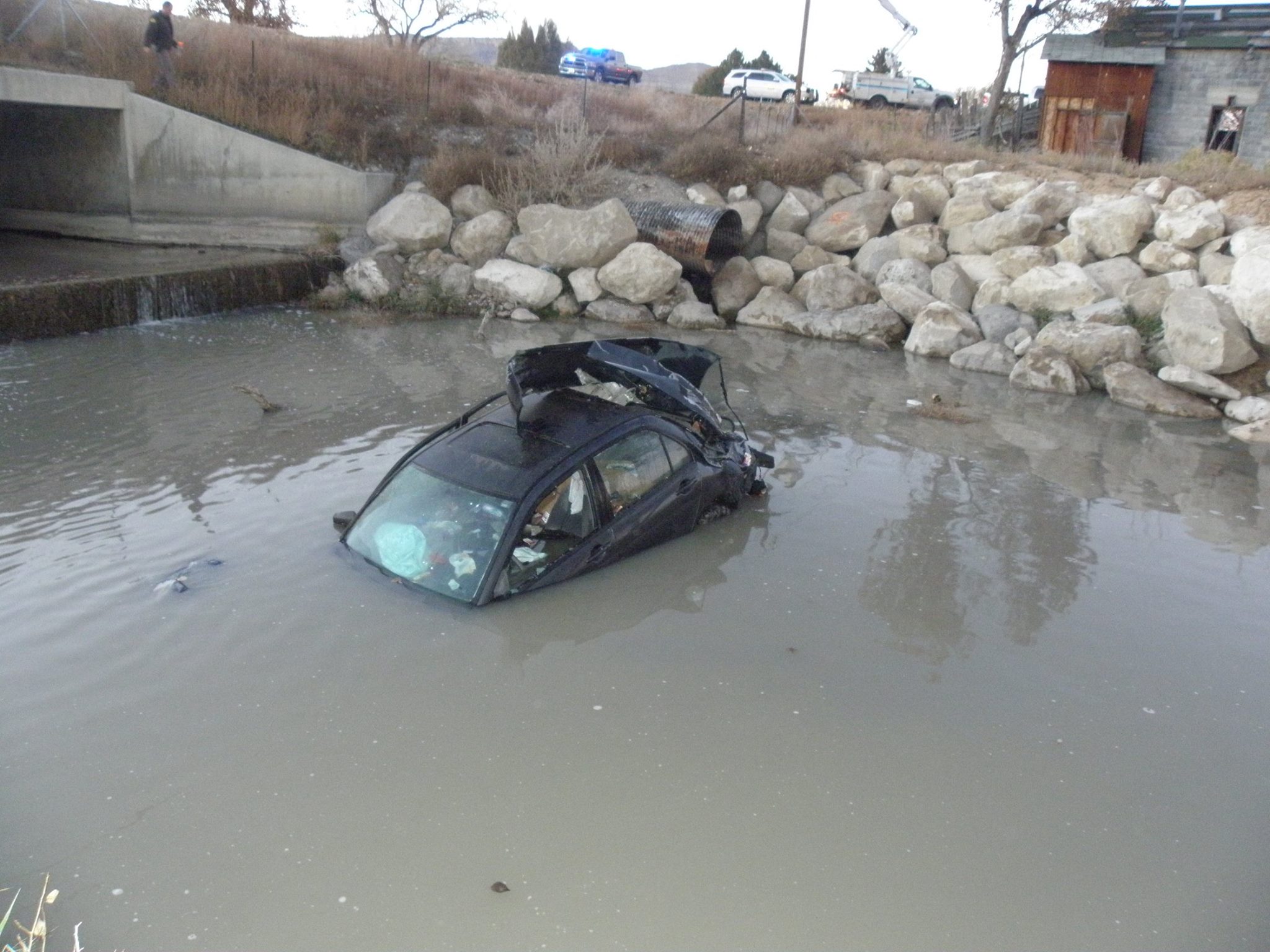 EMERY COUNTY, Utah – A woman was rescued after she crashed her vehicle into a creek in Emery County earlier this month, and several people worked together to pull her from the crash site after a passerby happened to witness the accident.

According to a post from the Emery County Sheriff’s Office made Wednesday, a female juvenile was riding a motorcycle to a friend’s house on November 12 around 4:30 p.m. in Ferron when she saw a vehicle leave SR-10 and plunge into Ferron Creek.

The juvenile reported the accident once she reached her friend’s house, and the friend’s father, Andy Deto, happens to be a volunteer firefighter with the Ferron Fire Department. Deto called dispatch but immediately went to the scene himself as well.

Deputy Boe Minchey arrived a short time later to find Deto was already in the river, and Minchey also jumped into the water to assist. While Deto broke out a window, Minchey got a C-collar to stabilize the woman.

A passing UDOT employee, Jeremy Larsen, also entered the creek to assist. The rescuers were in “waist-deep, freezing water” according to the Emery County Sheriff’s Office.

The woman was extricated and transported to Castleview Hospital by ambulance, and she was complaining of chest and back pain.

The Sheriff’s Office posting states: “It is interesting to note that the vehicle was not visible from the roadway and could have gone undetected for a long time had it not been for the juvenile witnessing the accident. Others responding from ECSO were Sgt. Brook Smith, Deputy Shaun Bell and Deputy Jeff Weber.”

It was not clear what caused the woman to veer off the road and into the river.