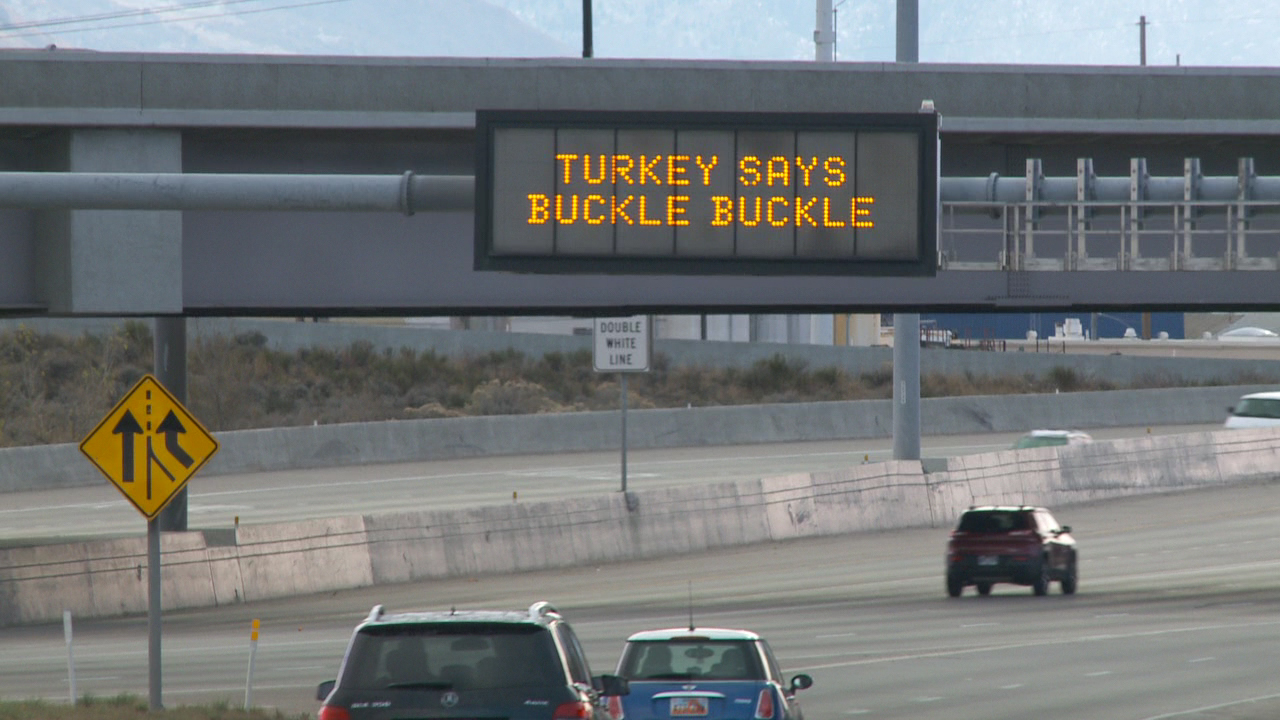 SALT LAKE CITY — A message to drivers from the Utah Department of Transportation is aiming to promote safety while also managing to generate either chuckles or face-palms–depending on your stance on word plays.

Playing on the turkey cry of “gobble, gobble”, UDOT is urging drivers to buckle up. See the images above for the sign.

UDOT Spokesman John Gleason said this isn’t the first time they’ve taken a lighter approach to their road signs, including one sign earlier this year urging drivers to “Get your head out of your apps.”

Gleason said that during the holiday season they plan to post more light-hearted messages that promote safety while offering a laugh, or, in Thursday’s case, a chuckle, chuckle.

Gleason said the comedic signs will typically be posted Mondays, but he said there is a special sign planned for Saturday ahead of the football game between BYU and USU.