Provo Canyon re-opens after double tanker rolls; as much as 1,000 gallons of crude oil reach river

PROVO, Utah -- Provo Canyon was closed in both directions for much of the day after a double fuel tanker rolled Saturday morning and spilled crude oil, and, while no drinking water has been affected, state officials are concerned about the impact to wildlife as well as the possibility of contaminants reaching Utah Lake.

The Utah Department of Transportation stated around 7:30 p.m. that the crash scene had been cleared and lanes of US-189 were open in the area once more.

The accident occurred at about 10 a.m. near Vivian Park, located six miles from the mouth of the canyon, when a semi driver attempting to make a lane change hit a patch of slush and lost control. The vehicle crashed into a median barrier, and both tankers rolled. The truck came to rest across both eastbound and westbound lanes.

The driver of the truck was not injured.

One of the tanks broke open, spilling the majority of its 4,500-gallon load of crude oil.

According to a DPS post on their emergency management page, as much as 1,000 gallons of crude oil was spilled into the Provo River.

The post states: "Utah government agencies expect there will be no impacts to drinking water, as the intakes for the Don A Christiansen Water Treatment plant in Orem were closed before the crude oil could reach it. That plant will draw from other water reservoirs while the intakes are closed."

Jordan Valley is now drawing water from another source to prevent any contamination and does not anticipate any impact to their customers. The Central Utah Water Conservancy District has crews deploying absorbent booms to contain the spill, and Envirocare clean up crews are working to clean up the spill as well.

DPS states the Utah Division of Wildlife Resources is concerned about the following:

The rear tank of the semi trailer was not breached, and crews are working out a method to extract the crude oil. 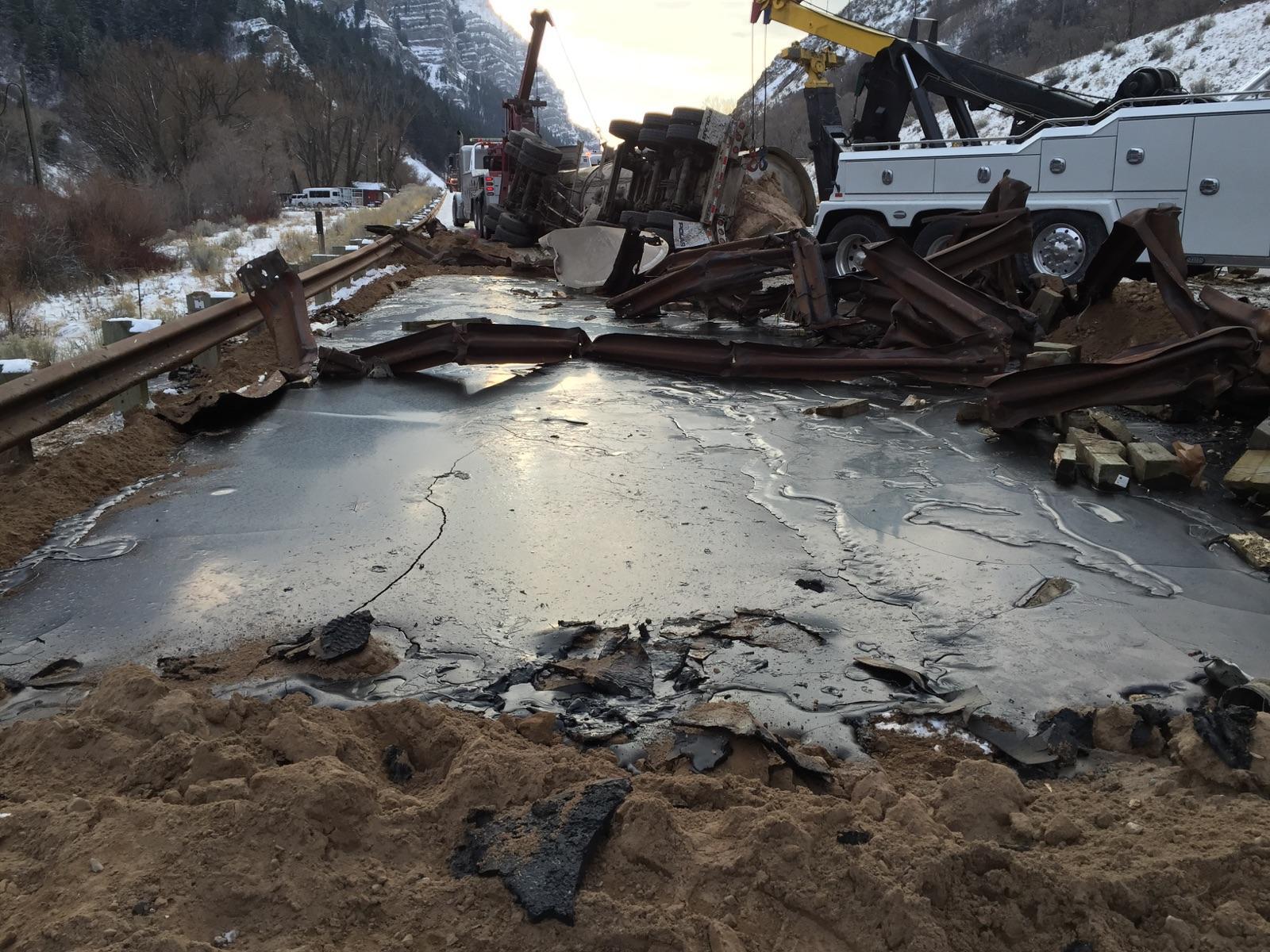