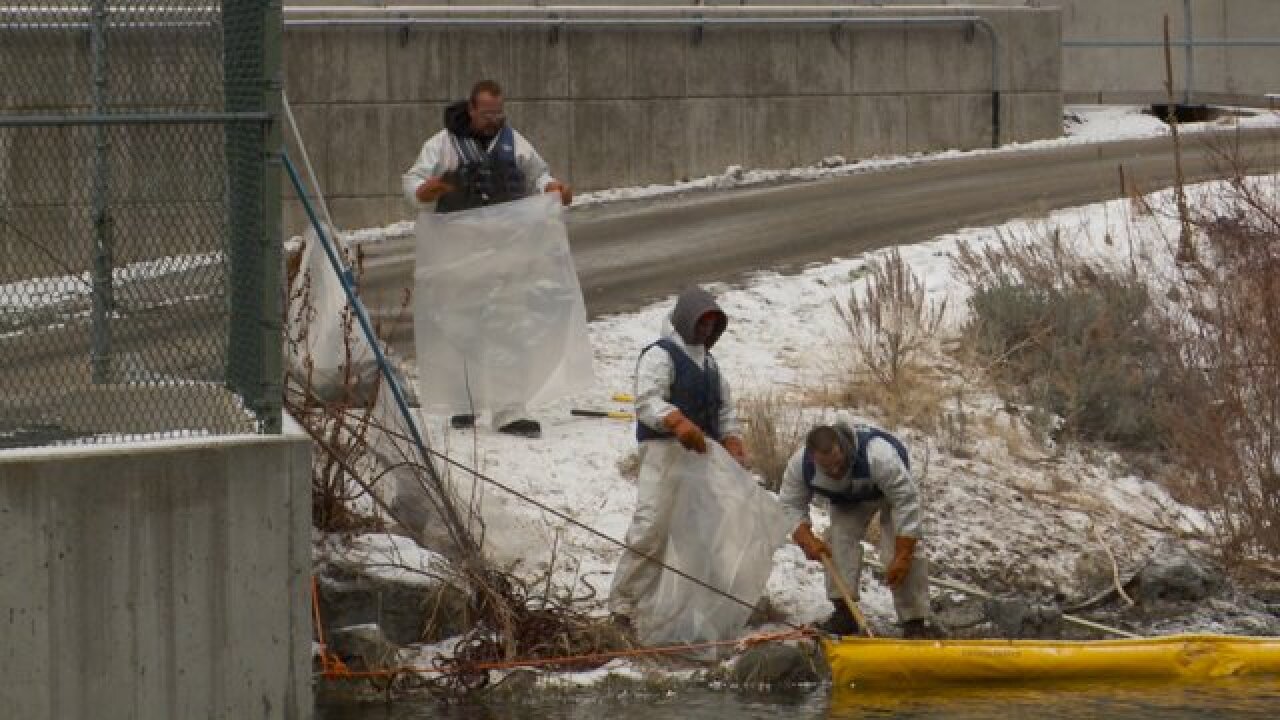 PROVO, Utah – Crude oil came dangerously close to spilling into a water supply intake that provides drinking water to residents of Utah and Salt Lake counties. But, thanks to the quick efforts of several different agencies, the potential environmental disaster was thwarted.

When workers at Central Utah Water Conservancy District got the call Saturday morning about a crude oil spill in Provo Canyon near Vivian Park, their first thought was to protect the water supply.

“Water that goes through here and goes through the treatment plant actually provides water to Utah County and Salt Lake County,” said Chris Finlinson, who is the Government Affairs Director for the Central Utah Water Conservancy District.

A double tanker rolled and spilled crude oil. About 1,000 gallons made it into the Provo River.

“The intake was shut down so the diversion was eliminated. Secondly, booms were employed and caught the crude oil as it came down the river,” said David Pitcher, General Manager of the Central Utah Water Conservancy District.

The other concern was the impact to fish and other aquatic life at one of the state’s most popular fishing destinations.

“Your first concern, you expect to show up and possibly see fish dead, floating in the water. We saw none of that,” said Michael Mills, biologist for Central Utah Water Conservancy District.

Each department is breathing a sigh of relief, knowing their extensive training to ward off environmental disasters paid off.

“Our mission is to protect and deliver safe and reliable water," Pitcher said. "This is a good example of something that worked well."

Water managers will continue collecting water samples to ensure water quality is safe and look at any long-term environmental impacts.