PLEASANT GROVE, Utah -- A lockdown and heavy police response was initiated at Pleasant Grove High School Thursday after a student reported seeing someone with a gun, and police said the student who reported the sighting made the false report in an effort to skip out on some kind of school activity.

FOX 13 News' Jeff McAdam reports police confirmed that the student who made the report has admitted they made it up. Mike Smith, Chief of the Pleasant Grove Police Department, said the student was "sluffing" and trying to get out of some sort of school activity.

The student is accused of making a terrorist threat and could be facing felony charges in connection with the incident, Smith said. The student's identity has not been released.

The lockdown was lifted around 4:15 p.m., according to a post from Pleasant Grove PD.

Kimberly Bird of the Alpine School District said at 2:40 p.m. the school was on lockdown and no students were allowed to leave as police searched the school room-by-room. At about 3:50 p.m., the police department stated that reports the lockdown had been lifted were inaccurate, but a second post made about 25 minutes later stated the lockdown had been lifted and all students were being released.

A post on Twitter appeared to show SWAT personnel searching and clearing a classroom, see below for that dramatic footage.

Bird said the situation began when a student reported they had seen another student with a gun, and she said they are taking every possible precaution to ensure the safety of everyone involved. There was a large police presence at the school, see the video below for footage from that scene.

FOX 13 News' Bob Evans was near the scene and interviewed a parent who has a daughter attending the school, Shaun Wadley.

"She sent me some text messages, she said she's on lockdown and that she's really scared," Wadley said.

"All together scary," he said. "It's no good, man, we need more gun control...I am concerned, you know, any parent would be with all this response going on. Like I said earlier, hopefully it's a wild goose chase and it's a BB gun or a paintball gun, you know, we only know what we've been told so far... everyone, as you can see, is on edge." 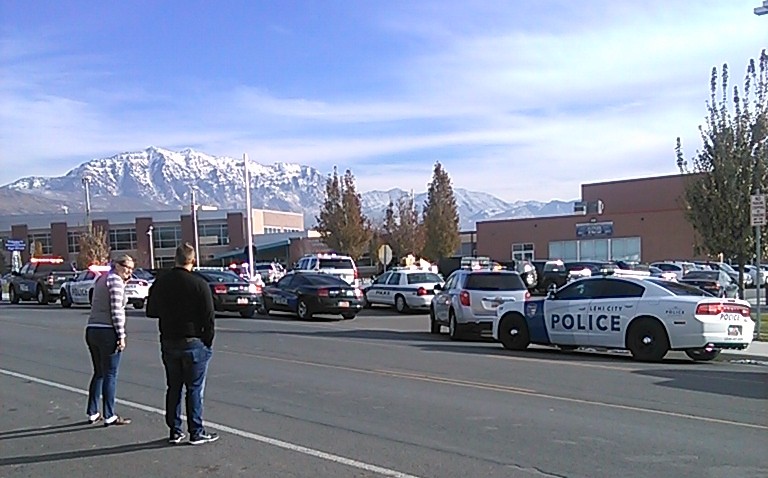