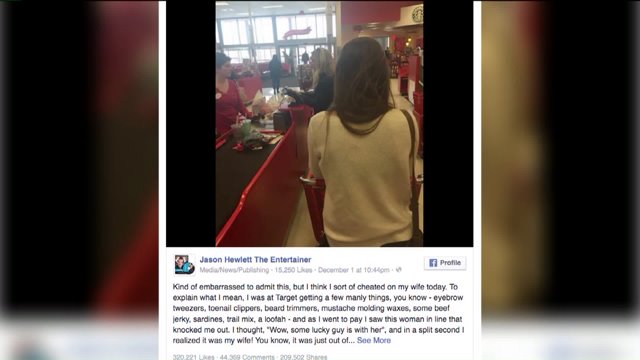 A Utah man is getting a lot of attention on the internet for a Facebook post about him cheating on his wife? Don`t worry, it`s not exactly what you think. 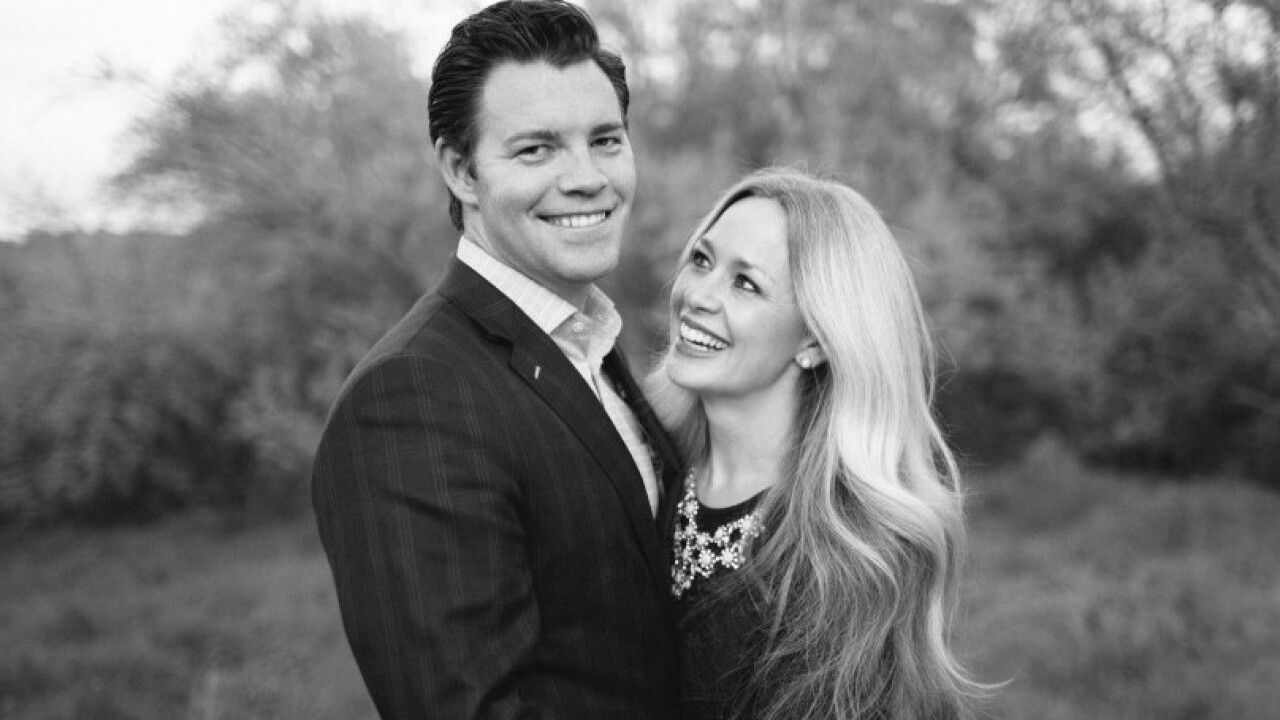 SALT LAKE CITY - A Utah man is getting a lot of attention on the internet for a Facebook post... about him cheating on his wife?

Don't worry, it's not exactly what you think.

Jason Hewlett said he thought he "sort of cheated" on his wife.

He said he eyed another woman in the checkout line in Target.

"I thought, 'Wow, some lucky guy is with her,'" Hewlett said.

Until moments later, he realized he was the lucky guy; it was his wife in line in front of him.

Neither knew the other was going to the store and they both wound up there at the exact same time.

Now Hewlett is getting lots of online praise for basically a love letter to his wife.

Hewlett's post has received so much attention his wife has responded with a post of her own online.

Below is a photo of Hewlett, his wife and their family.