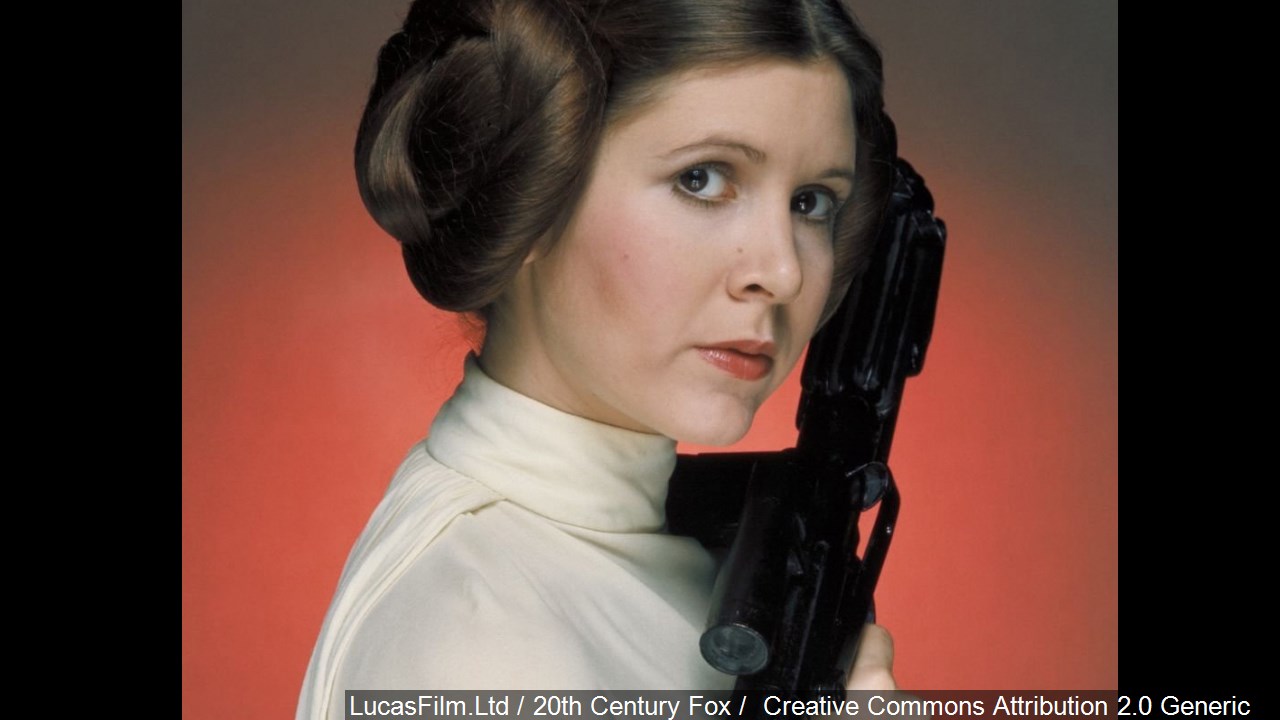 (CNN) — Did you hear the rumor about Disney potentially banning the toy Princess Leia doll dressed in the metal bikini?

Well Carrie Fisher has heard it, and she is none too pleased.

The actress who portrayed Princess Leia in the original “Star Wars” films was recently asked about chatter –reportedly aided in part by the complaint of a father dismayed to see the toy on store shelves — that future merchandise would no longer include the scantily clad character from “Return of the Jedi.”

Her response? “I think that’s stupid.”

“The father who flipped out about it, ‘What am I going to tell my kid about why she’s in that outfit? ‘” she told The Wall Street Journal. “Tell them that a giant slug captured me and forced me to wear that stupid outfit, and then I killed him because I didn’t like it. And then I took it off. Backstage.”

Fisher is in much demand these days as she is making a return in the new, eagerly awaited “Star Wars” film, “The Force Awakens.”

The actress told the Los Angeles Times that perhaps the father who complained should tell his daughter that her character “is wearing that outfit not because she’s chosen to wear it. She’s been forced to wear it.”

“She’s a prisoner of a giant testicle who has a lot of saliva going on and she does not want to wear that thing and it’s ultimately that chain, which you’re now indicating is some sort of accessory to S&M, that is used to kill the giant saliva testicle,” Fisher said. “That’s asinine.”

Disney has not said it will either pull the toys or phase them out of future merchandising.