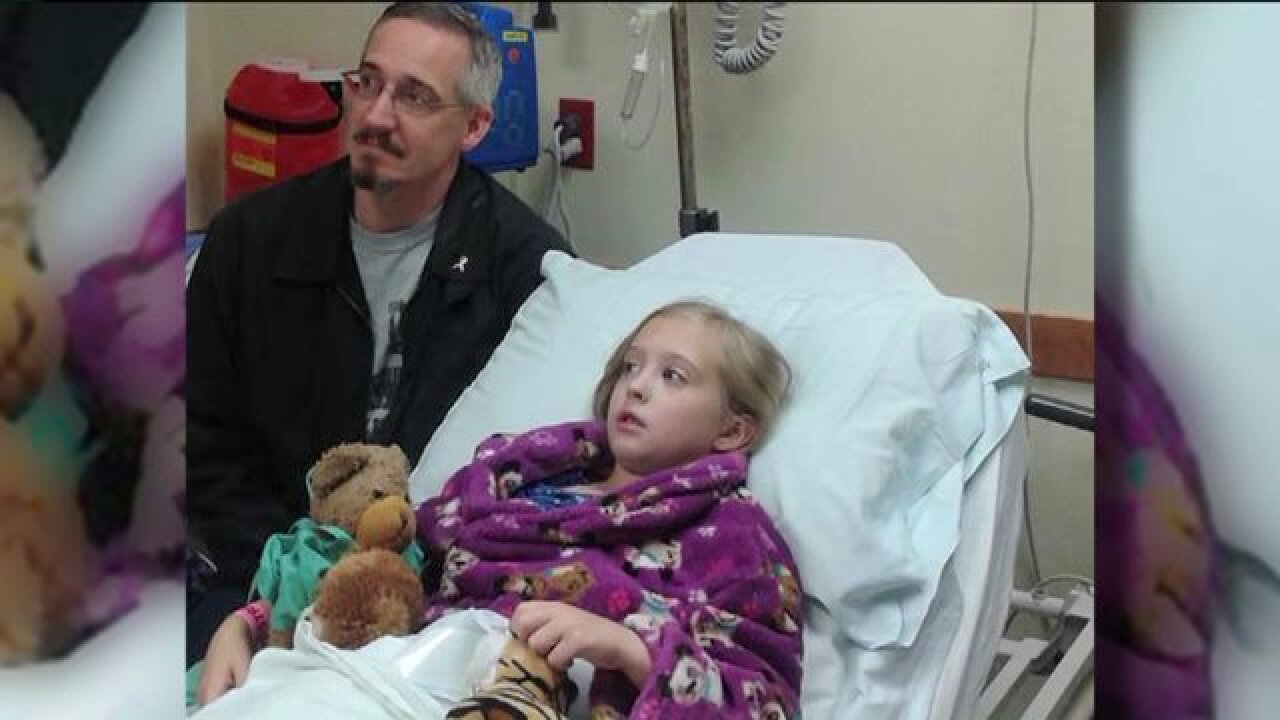 SALT LAKE CITY -- It’s a disease that's only supposed to affect adults, but on Monday an 8-year-old Centerville girl went into surgery to treat a rare form of breast cancer.

In November Chrissy Turner was diagnosed with Secretory Carcinoma.

“She’s forever changed, she is still Chrissy, but she is going to be different,” said Chrissy’s mom, Annette Turner.

“It sends you into some dark places, incredible worry, for us it’s been horrifying, because every day it’s like, what’s going to happen, is she OK,” Turner said.

On Monday, Chrissy underwent a mastectomy at Primary Children’s Hospital.

“Chrissy was really resilient she came out of the anesthesia really well,” Turner said.

The greatest concern for Chrissy was whether or not the cancer had spread. According to her parents, their prayers were answered; the cancer was isolated to just the lymph nodes.

“It came back showing no cancer has traveled so we are very, very, very grateful for that,” Turner said.

Turner said Chrissy’s road to recovery is just as much mental as it is physical.

“How is it going to affect her emotionally, growing up, things like that, you worry about that as a parent, you just want your child to have a normal life,” Turner said.

The family said they would have never been able to get through this challenging time if it weren’t for the outpouring of hope they have received from the community.

“There really isn’t enough words to express how much we appreciate the love and the prayers and support, we love our little angel,” Turner said.

Chrissy is expected to be in the hospital for a few more days until she is considered strong enough to return home.