Now there is a large hole in the road that is about 25 feet wide and 6 feet deep.

After authorities know what led to the break, they will have a better time estimate as to when the break will be repaired.

So far, no homes have reported damage.

Neighbor Peggy Miller was lucky, knowing it could have been much worse for her family.

“We were a little concerned at first but it looks like it kind of missed us and went into our neighbor's yard," Miller said.

“It's big enough if your car was on top of it, it would be a sink hole that swallowed part of your car," Ward said.  "That's the bad news. The good news is it's out in the public right of way.”

The pipe was made of iron and had been there since the 1970s but age is not always why a pipe breaks, according to Ward.

It also could have broken from freezing and thawing too much over the years or an electrical street.

Officials said water main breaks happen every week but they usually do not cause this much damage.

Authorities have not confirmed when they expect to have the road repaired. 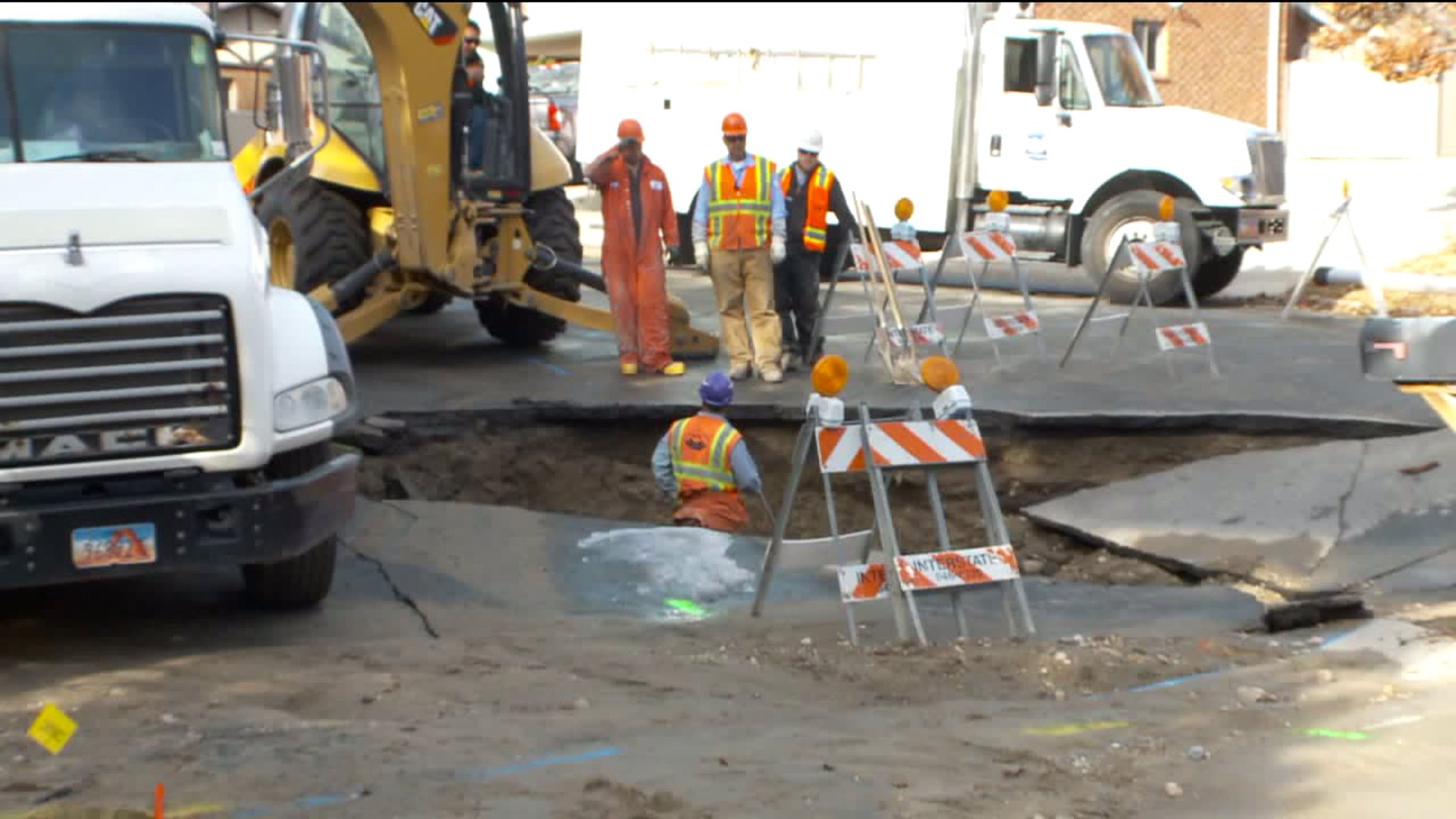