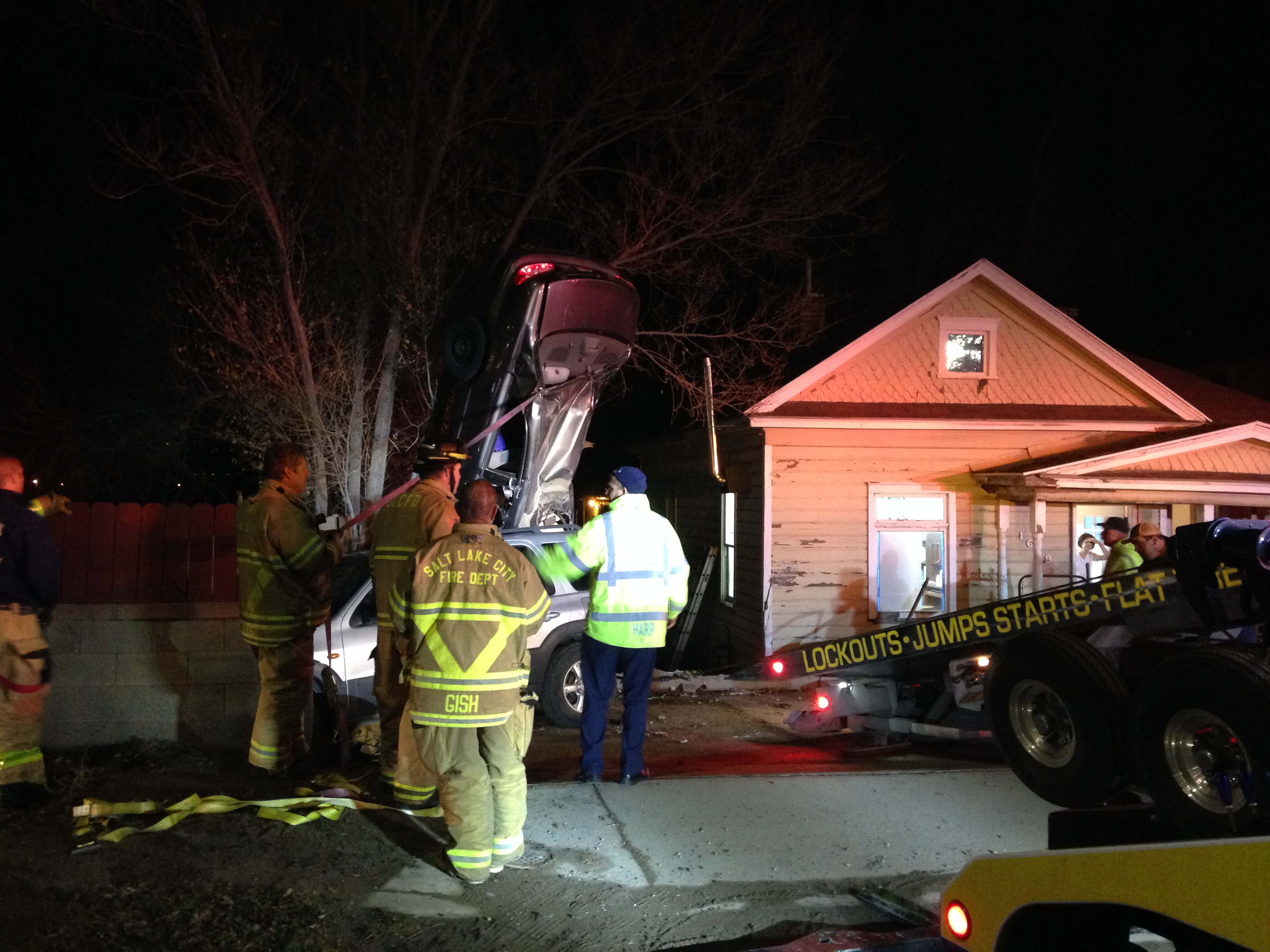 SALT LAKE CITY — A woman walked away with minor scrapes and bruises after her car got lodged in a tree after a single-vehicle accident on Beck Street Tuesday night.

The accident occurred a little before 8 p.m. Salt Lake City Police Lt. Craig Gleason said the woman appeared to be driving at a high-rate of speed.

Gleason said she, “pinballed off several different fixed objects and two vehicles and ended up wedged in a tree.”

There was about 60 feet of damage before the crash site at 1649 Beck Street, where the car was lodged in a tree, several feet off the ground, Gleason said.

“Amazingly our driver appears not to be impaired by any chemicals or alcohol,” he said.

Charges will be determined after the crash investigation has been completed.