OGDEN, Utah -Several hours after a SWAT standoff began in Ogden, authorities were able to take the suspect into custody, but they had to use a chainsaw to cut through a floor to do so.

Officials said they found Joseph Chavez by cutting through the floor of the crawlspace where he was hiding after attempts to tear-gas the house and search it with K9s turned up nothing.

“We ended up using a chainsaw to start cutting the floor, where we believed he was at,” South Ogden Police Lieutenant Dwight Ruth explained. “And he actually ended up screaming, believing that the chainsaw was going to actually cut part of his body.”

Look closely, you can see where police cut through the floor to get to Chavez right inside the front door @fox13now pic.twitter.com/ury2IW9FRf

Lt. Ruth said Chavez was wanted for three felony warrants, and he had escaped from South Ogden Police through a patrol car window while officers were documenting evidence near 3600 Wall Ave. Monday afternoon.

Chavez reportedly put up a fight and tried to run before his arrest and escape.

“He was able to shimmy his hands around… his feet so he could get his handcuffed-hands in front of him,” Lt. Ruth said.

Dash cam footage shows Chavez in the back of the patrol car. After he successfully finagles his arms in front of his body, the footage shows him rolling down the window and crawling out feet first.

Then, Wednesday morning, police received a tip that Chavez was hiding out in an Ogden home near 29th Street and Pingree Avenue.

Lt. Ruth said police immediately came out and called the SWAT team. He said they spotted Chavez as he tried to crawl out a window to escape.

“He saw one of our perimeter officers and as soon as he saw him, he went back in the house,” Lt. Ruth said.

After that, the SWAT team tear-gassed the house, sent in the K9 team, and did a thorough search before coming to the realization Chavez made it down into the crawl space.

Chavez will now face a slew of other charges after Wednesday’s ordeal. Lt. Ruth said they weren’t sure who Chavez knew in the home he hid out in, and if any of the residents would see charges. 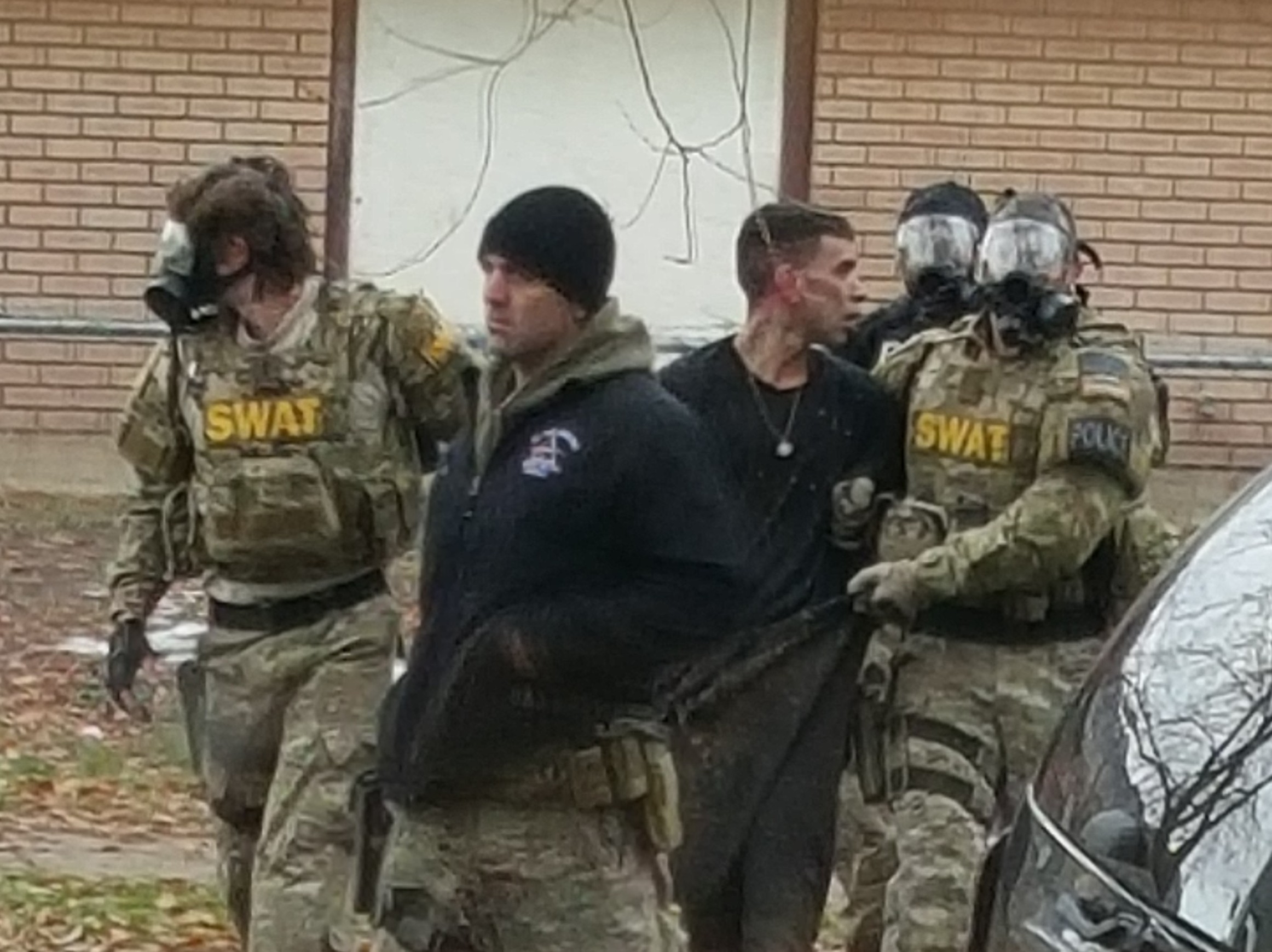