LEHI, Utah - Family members said 5-year-old Stella Ferrazzano was the girl killed after getting hit by a car in the parking lot of an elementary school Thursday afternoon.

Police said the child ran ahead of an adult and sibling.

Authorities said the accident happened in the Meadow Elementary and Mountainland Headstart parking lot near 176 S. 500 W. at about noon.

Alpine School District officials said Ferrazzano was with her mother and a 3-year-old sibling when she was hit by the car.

Fire officials at the scene said that a woman was holding each sibling by the hand, one in each hand, when one child broke away.

After Ferrazzano broke free, she was hit by a vehicle.

The driver of the car that hit her was picking up a kindergarten student at Meadow Elementary.

Fire officials said they have no reason to suspect that driver was speeding or impaired in any way.

School officials said they release students to be picked up a few kids at a time, so they said only a few students witnessed the crash.

Alpine School District had grief counselors on-hand at the elementary school Thursday, and those counselors will again be available Friday.

A GoFundMe page has been set up to help the family with funeral expenses.

Donations can also be made through US Bank branches by donating to the Stella Ferrazzano relief fund, account number 153153975336. 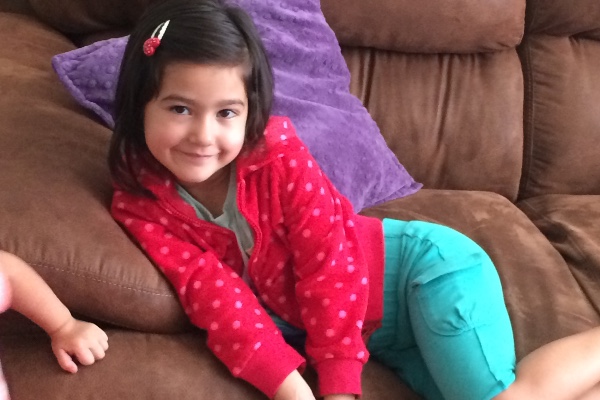