WEST JORDAN, Utah -- A 12-year-old girl ejected during a crash involving a van and a semi-trailer was airlifted to a hospital in critical condition Saturday, and her father was also taken to a hospital and is listed in stable condition.

Scott List, a public information officer with the West Jordan Police Department, said the crash occurred as a semi-trailer was traveling northbound on the Mountain View Corridor and a van was traveling eastbound on 7800 South.

The impact occurred at the intersection of those two roads, and FOX 13 News first heard reports of the crash just before 10 a.m.

“According to several witnesses… the van, it sounds like it ran a red light," List said. "Obviously, we’re still going to investigate that. We don’t know that speed was an issue, we don’t have any indications of drug or alcohol use at this time."

List said the driver of the semi didn't ever see the van, but rather felt the impact.

“He didn’t see the van at all and only felt the impact, and once he was impacted, it jack-knifed the semi so he had no control over the vehicle," List said.

A 12-year-old girl riding in the van was ejected from the vehicle. She was flown to Primary Children's Hospital, and List said she was in critical condition.

The girl's father was taken by ground to Intermountain Medical Center, and List said fire crews had to extricate him from the wrecked van.

“The driver had to be extricated, he was in there, fire said he was very difficult to extricate," List said.

Another passenger, the driver's 10-year-old daughter, was treated at the scene and released before being taken by private vehicle to IMC to be with her father.

List said the crash is under investigation, and at this point it's not clear what caused the collision.

“At this point we don’t know [why the van may have run a red light], we’ve got several witnesses that we’re interviewing that may have indicated there was a little bit of aggressive driving by the van: We’re still investigating," List said.

List addressed concerns about the number of crashes with serious injuries or deaths to occur on Mountain View Corridor.

“Be careful, you know, pay attention: just like any intersection," List said. "The difference here is that we have very high speeds. Anytime that you have an intersection with very high speeds, you get in a crash: there’s a higher likelihood of injury. So, this definitely is a dangerous road, because of the intersections.” 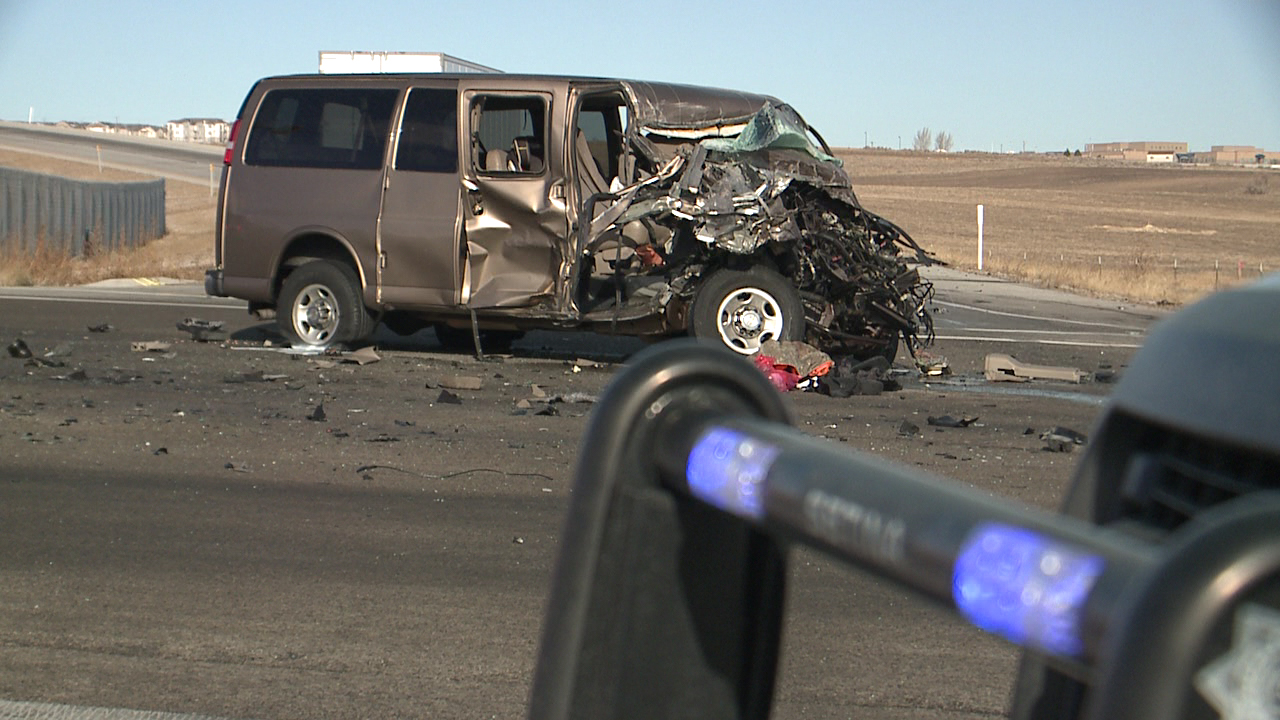