TAYLORSVILLE, Utah — A 19-year-old woman is in critical but stable condition after she was ejected from a vehicle she was riding in during an accident on Bangerter Highway Saturday morning.

The accident happened just after 8:30 a.m., and police shut the highway down for several hours as crews worked to reconstruct the accident.

Witnesses told police the 18-year-old driver of a green sports car traveling southbound on Bangerter Highway ran the red light at the intersection at 6200 South and slammed into a red car that was traveling east through the intersection on the green light.

“I don’t know if the speed they were going before they reached that light was just so excessive that he was just unable to stop,” Bell said. “Definitely speeding, as we can tell by the distance that it took for that vehicle to stop.”

Debris from the collision hit a maroon car that was stopped in the northbound, inside lane on Bangerter Highway waiting at the red light.

The sports car then sheared off a traffic sign pole, which then hit a black car that was also stopped in the inside, northbound lane behind the maroon car.

“The black car was hit so hard on the driver’s side that it spun and was pushed backward nearly 100 feet,” Bell said in a news release. “Debris from the black car and green sports car was thrown into a white truck was stopped in traffic nearly 300 feet south of the intersection in the northbound lanes.”

Unified police called out the department’s Crash Analysis and Reconstruction Unit to document and investigate the crash. They worked to try and determine exactly how fast the green sports car was going at the time. Bell said that information could be used when looking at possible charges against the driver.

“It could raise to the recklessness,” Bell said. “That could result in some serious charges for somebody if they’re being that irresponsible.”

Police say at this time there are no indications that the driver of the green car was intoxicated or under the influence.

The 19-year-old female driver of the maroon car was not injured. Neither were the three passengers in the vehicle. 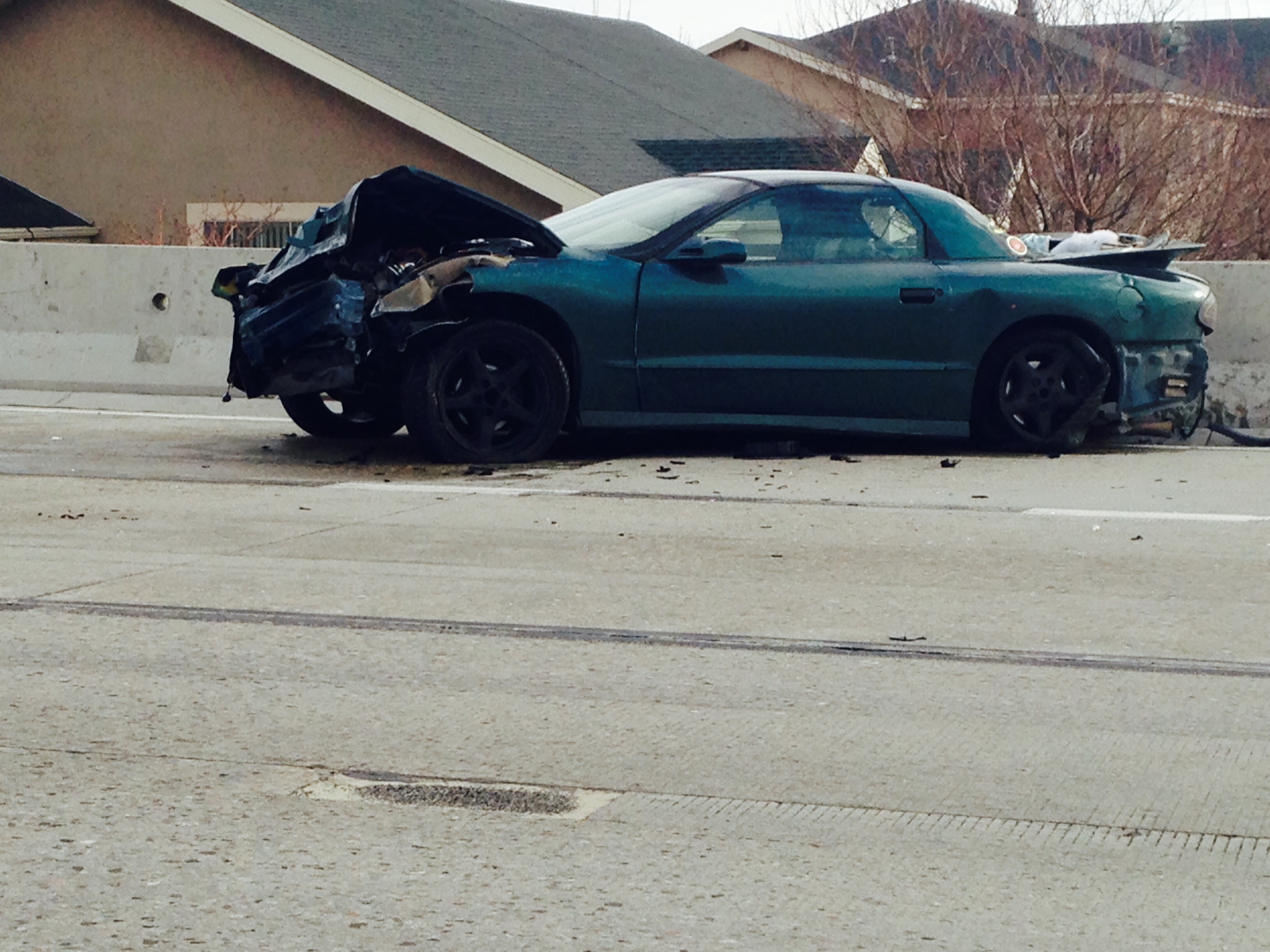