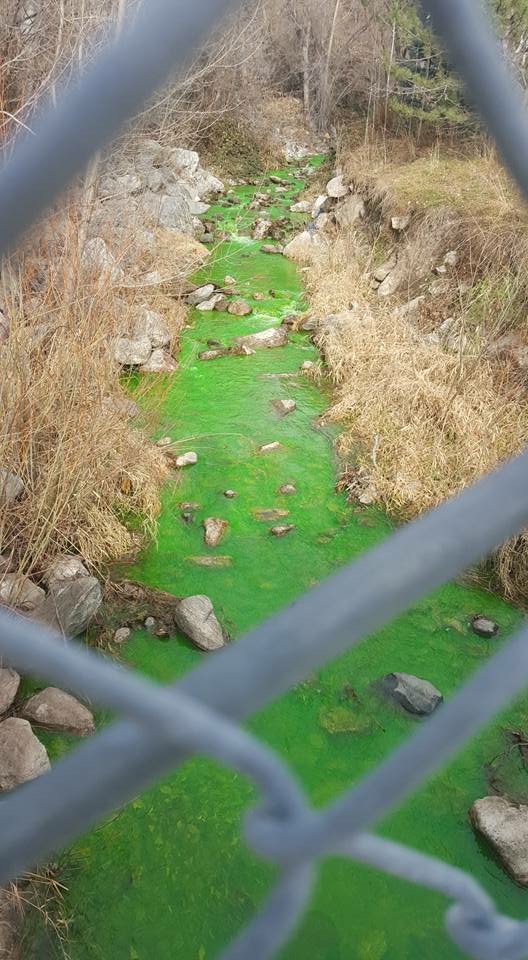 FARMINGTON, Utah —  Residents in Davis County were surprised to find Farmington Pond had turned green this weekend, and while the health department has determined the issue does not pose a health threat to humans or wildlife, it is unclear who put the dye into the water.

Photos of Farmington Pond taken Sunday show a bright green tint to the water. The Davis County Environmental Health Department conducted several tests and determined the cause is an inert, non-toxic dye.

According to a press release from the Davis County Sheriff’s Office, “The event is being investigated by Farmington Police Department as a criminal mischief type prank.”

The pond is a non-drinking water source that flows into Farmington Bay. Testing revealed the PH levels in the water are normal and do not pose a threat to any wildlife. Preliminary tests indicate the dye is the same type used to test water flow and is environmentally safe.

The press release states: “The only issue is that it will look green for a couple of days, but is not harmful to humans or the environment… Public questions can be directed to the Davis Environmental Health Department at 801-525-5128.”