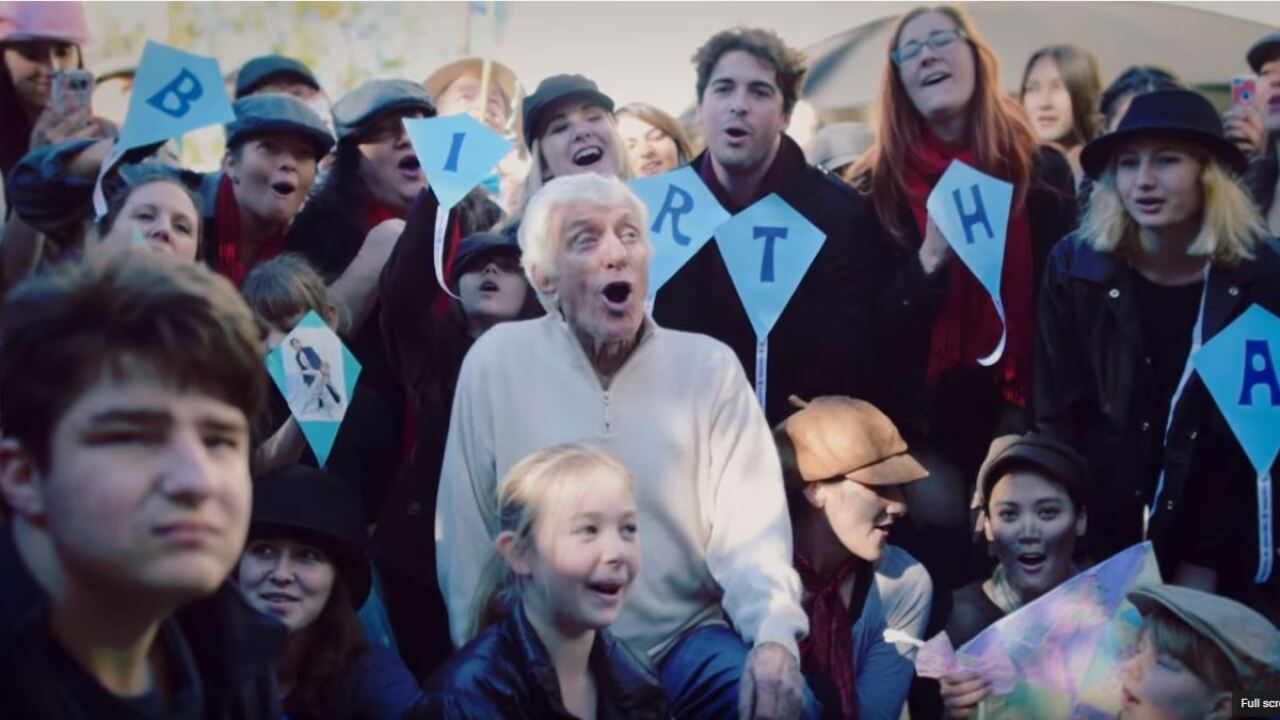 (CNN) — Dick Van Dyke, famed Hollywood song and dance man and famously nice guy, kicked off his 90s in Los Angeles this weekend with a flash mob performance and singalong.

The star sang and clapped as a group dressed as chimney sweeps, like his “Mary Poppins” character Bert, performed a choreographed dance to “Supercalifragilisticexpialidocious” at The Grove on Saturday.

Van Dyke joined the group to sing “Let’s Go Fly a Kite” as they held up happy birthday signs. The event was organized in part by his wife, Arlene Silver.

He officially turns 90 on Sunday.

In November, Van Dyke shared with CNN iReport contributor Julie Ellerton his secrets to staying young, which somehow include eating all the ice cream and candy he can get his hands on.

He said lots of exercise and movement keep him going.

The actor starred in the eponymous “Dick Van Dyke Show” alongside Mary Tyler Moore in the early 1960s. He led the long-running program “Diagnosis Murder” in the 1990s. In between, Van Dyke starred in other iterations of the “Dick Van Dyke Show,” many TV programs and 1964’s beloved “Mary Poppins” movie.

It seems this year’s birthday sneaked up on the active nonagenarian.

“It’s such a surprise. I remember at 80 I said this is acceptable, this is just fine. I didn’t know it was a very slippery slope after that,” he said with a laugh.