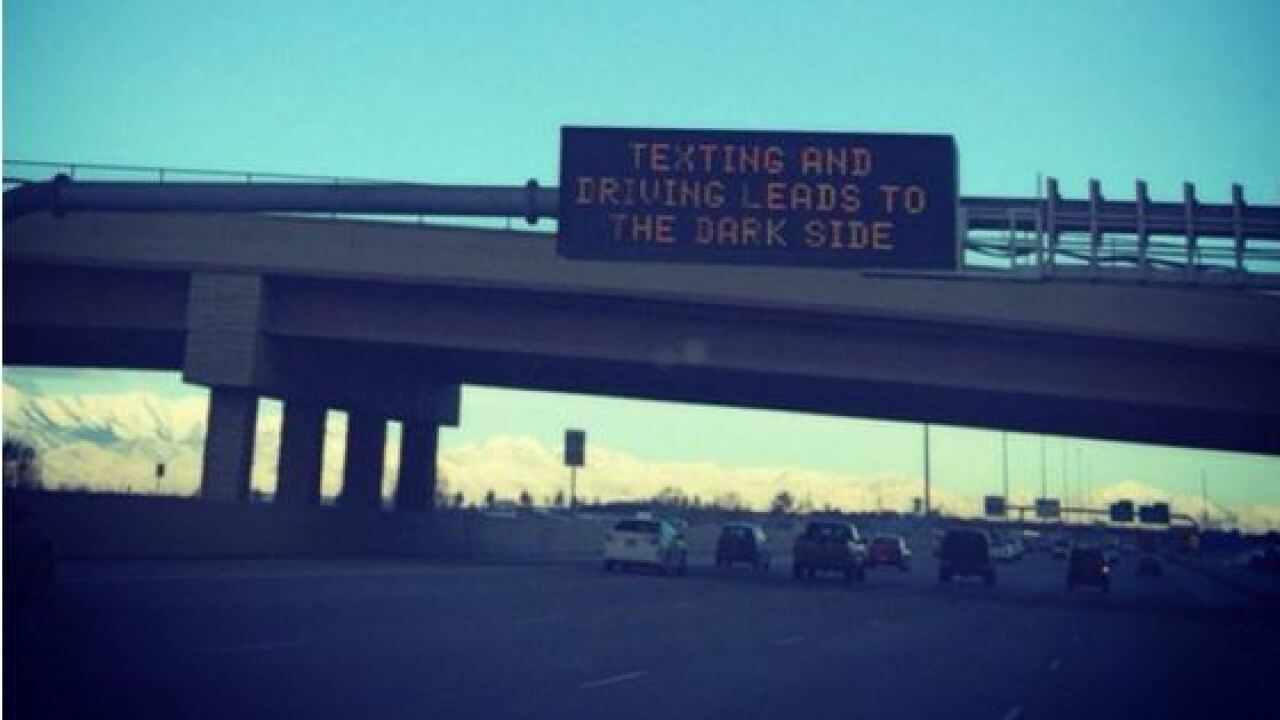 SALT LAKE CITY — Texting and driving leads to the Dark Side, at least according to the Utah Department of Transportation.

UDOT rolled out several Star Wars themed messages on their electronic road signs Friday to mark the release of “The Force Awakens” and encourage people to wear seat belts and drive safely.

Happy #StarWars day! While The Force is strong in Utah, please do all in your power to be safe. #messagemonday pic.twitter.com/bEqa9Rrgcm

“Texting and driving leads to the dark side.”

“May the seat belt be with you.”

“Yoda says buckle up you must.”

Other tweets from Utahns show the actual messages out on the roadways.